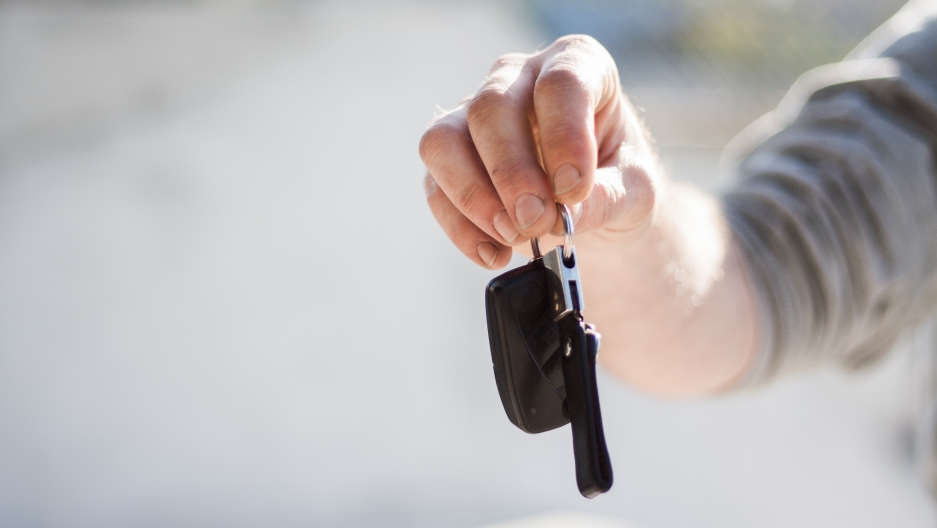 Toyota recently announced a new product that would, essentially, let car drivers hand over their keys (or access to their vehicles) to other drivers, via smartphones.

If you own a car, chances are it’s parked much of the time, whether at the office or in your driveway. Sure, not a great overall use of the vehicle. But would you be comfortable with another option — renting it out, perhaps even to a stranger?

For better or worse, automakers are making big bets that, eventually, you will be. This week, Toyota announced that it will pilot a gadget that, in a sense, lets drivers hand over the keys to their cars. That is, the device gives designated users access to cars — and the ability to start their engines — using an in-auto receiver that can communicate with users’ smartphones. And Tesla’s Elon Musk has said that car-sharing will be a big part of the company's strategy in the future, especially when its self-driving cars hit the road.

The auto industry’s interest in car-sharing is no accident, says Andrew Hawkins, a transportation reporter for the Verge. Car-sharing companies like Zipcar and Car2Go already have a slice of the pie, and manufacturers are following their lead.

“Toyota, BMW, Ford, GM, they're all interested in this car-sharing industry because they see this as a hedge against the idea that in the future, people will be less interested in owning their own car and more interested in taking Uber, Lyft ... and borrowing each other’s cars,” he says.

The idea could help you earn money on your vehicle — and potentially lead to the need for fewer cars altogether. But a crucial aspect of sharing your own car with strangers is one that manufacturers can’t engineer. As Hawkins puts it: “The question is, do you trust these people to use your vehicle?”

That’s where tools like Toyota’s new Smart Key Box comes in. It’s a sleek, gray box that fits on your dashboard. “It works via Bluetooth, so it allows people who have the right code on their phone to come and unlock the car using the app on their phone, and then also start the car, as well,” Hawkins says. Toyota has partnered with Getaround, a San Francisco-based car-sharing service, to test the box in shared cars beginning this January.

But getting more insurance companies comfortable with personal car-sharing is another matter, entirely. “You don't want to be liable for somebody else's mistake, for a number of reasons,” Hawkins says. “So [there] will have to be … new insurance products created around this whole idea. And there are a couple of insurance companies that are getting on board, but we haven't yet seen widespread adoption.”

Despite the lingering questions, personal car-sharing is coming — and soon. For one, if you buy a new self-driving Tesla (lucky you!), you’ll be in on the trend already. The fine print on Tesla’s website, however, stipulates that you’ll only be able to rent your car out through the Tesla Network. The company says it will release details on that next year.

Hawkins’ theory about the rationale for that could sum up the entire auto industry’s attitude toward car-sharing.

“It's about proprietary technology and making sure that the money is being spent toward Tesla's bottom line, as opposed to somebody else’s,” Hawkins says.