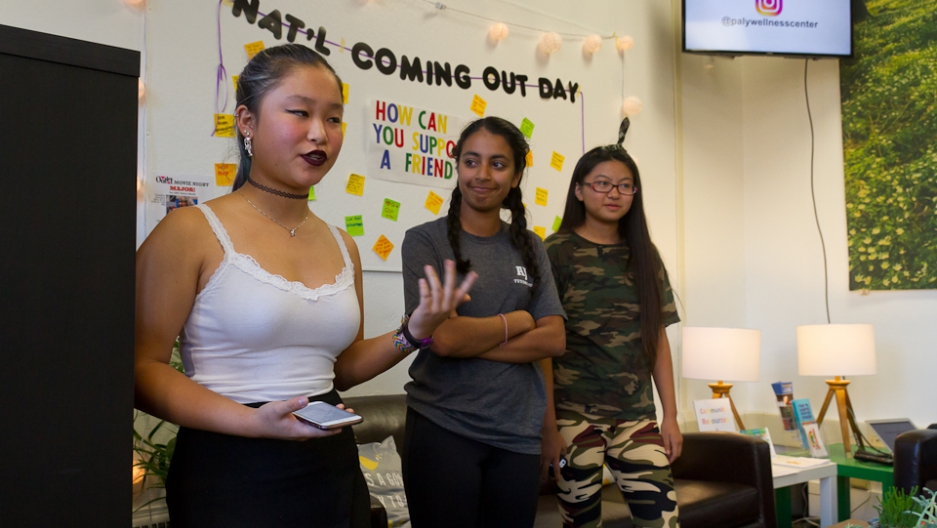 When students returned to their two public high schools in Palo Alto, California in August, they found something new on campus: wellness centers.

In this Silicon Valley town that has experienced too many teen suicides, the schools  are trying to make mental health services as normal as eating breakfast or taking medicine for a physical ailment. At the wellness centers, students can visit a nurse, see a counselor, or just relax with a granola bar or cup of tea.

“I actually come in here quite often, whether it’s to meet with Julia or to catch up with friends or counselors. The snacks are a big part of it, and it’s just a really nice place during brunch or lunch to unwind,” says Palo Alto High junior Maddie Lee.

She’s referring to Julia Chang, the new coordinator, who is multilingual in two dialects of Chinese and greets every student at the door.

Lee is the vice president of the school’s Queer Straight Alliance; queer students are one of the demographics the school wants to better serve because they are at increased risk of bullying or harassment.

Palo Alto Unified School District is trying to make a fresh start after a difficult decade. The city’s teen suicide rate is four to five times higher than the national average. There have been 10 deaths in the last seven years. In February, the Santa Clara County Health Department asked the Centers for Disease Control to investigate. This year, the high schools have implemented a program designed using the preliminary results from the CDC’s study (PDF), research from Stanford University psychologists and suggestions from the community. 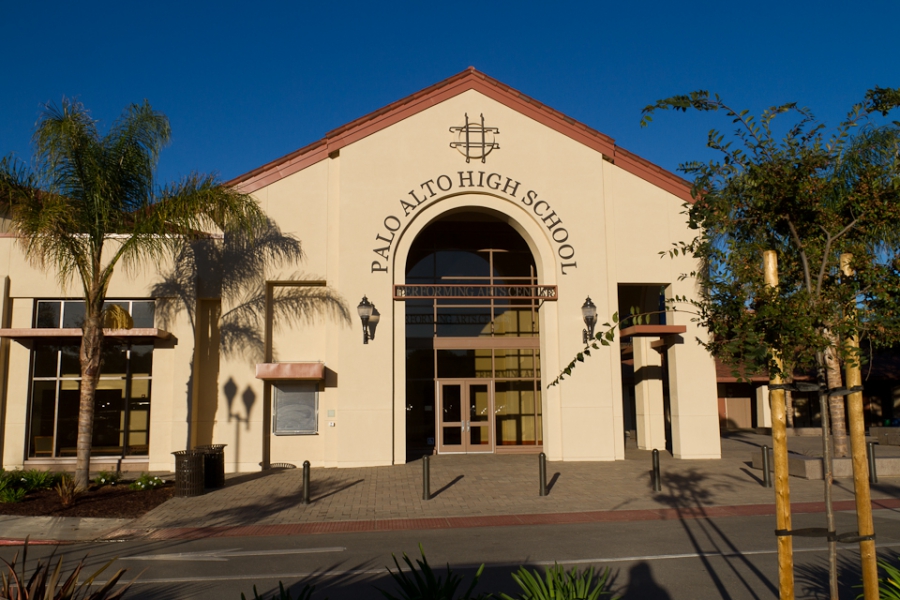 Palo Alto has a teen suicide rate that is four to five times higher than the national average. They are trying to tackle the problem with new programs at their two high schools.

Palo Alto High school, called “Paly” by students and teachers, sits across the street from Stanford’s football stadium. Its new wellness center takes up prime real estate in the middle of the campus administration building.

Jonathan Frecceri has worked as a therapist at the high school for three years. He says the new model makes it less confusing and less stigmatizing to seek mental health care. A Stanford study from 2015 reported that students didn’t know where to find counseling and were worried about confidentiality or that they didn’t have the opportunity to build ongoing relationships with the therapists. By consolidating medical and mental health services in one place, the district hopes to make it easier and more normal for students to get help.

Dr. Steven Adelsheim, director of Center for Youth Mental Health and Wellbeing at Stanford and a consultant to the school district, worked with the findings of the university’s own study of local teens and parents as well as the the CDC’s preliminary findings. “My sense was that the recommendations and data didn’t provide many big surprises,” says Adelsheim. "The data reflected the need for better support in the community.”

He says they modeled the centers on an Australian youth mental health program called Headspace, which markets “early public mental health support,” instead of waiting until students reach a crisis point.

Because 40 percent of the students who died by suicide in Palo Alto were Asian American, the district has also increased its budget for additional counseling services provided by the local organization Asian Americans for Community Involvement, which adds an extra multilingual counselor one day per week at Gunn and Palo Alto. Newly hired support staff, like Chang at Palo Alto’s wellness center and her counterpart at Gunn’s, are also multilingual. Student counseling and parenting classes are now offered in Korean, Spanish and Chinese. Appointments with bilingual psychologists now take place at the wellness center during school hours instead of after school. The construction at the two campuses cost a combined $20,000, with another $170,000 in extra personnel costs.

In a seven-week period this fall, nearly one-third of the district’s 3800 high school students visited the wellness centers at Palo Alto and Gunn. Some students went more than one time, for a total of 4,200 visits during that period. By far the top reason for stopping by the wellness center? Snacks.

But of the students who came in for individual counseling, more than 90 percent wanted treatment for psychological or social-emotional issues. Most of the students who have committed suicide in Palo Alto in the last decade were boys; at these centers, 53 percent of vistors were male, 46 percent female and 1 percent transgender.

“I think that every student at some point in their school life will need help,” says Brenda Carrillo, director of Wellness and Support Services at Palo Alto Unified. “Whether it be for something like a breakup with a partner or something going on at home or sadness for something in their family.”

“It’s dedicated to the community to aid in suicide prevention, family communication, and the de-stigmatization of mental health,” says Sampathi. “I’m just trying to use my own experiences as a Gunn graduate and medical student to make a positive impact in the community I call home.”

The wellness centers are a welcome addition to his alma mater.

“To me personally, I’ve seen wonderful improvements over the years in the way tragedies have been handled since the first suicide cluster in 2009.”

Sampathi is now working with Stanford psychologists to expand their popular Asian family vignette series. It’s a simple program where psychologists and graduate students put on skits to model for parents how to handle common teen conflicts over grades or dating. Sampathi says he will draw upon his own life experiences to write a new series of vignettes aimed at South Asian moms and dads.

While it’s hard to quantify improvements for something as personal as mental health, the district hopes that more kids will seek help — and look for it at the first sign of trouble — through the wellness centers.

“My hope is that students leave here feeling equipped to deal with the outside world,” says Carillo.