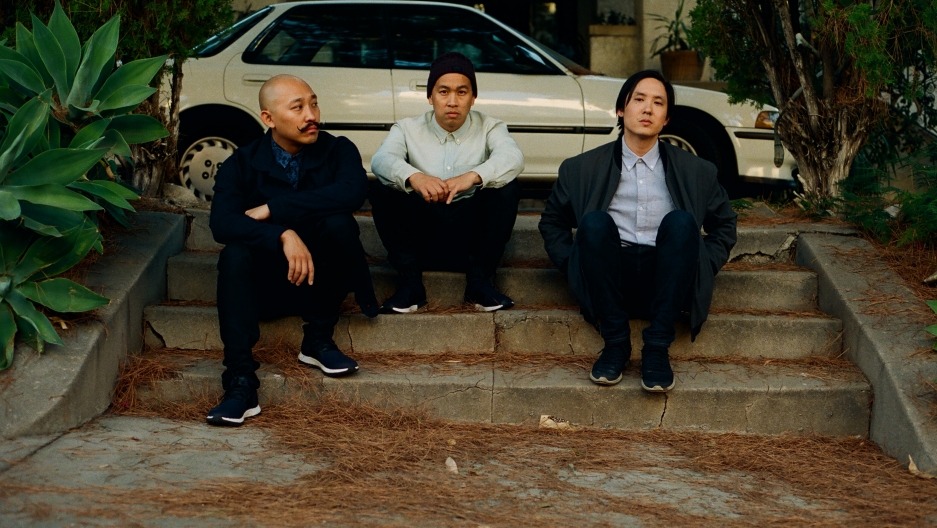 Kev Nish, on the right, says Far East Movement made its new album “Identity” the way they wanted. “We fought to do things on our own terms, so it’s such a surprise that we are still getting the radio play.” Bandmates Prohgress on the left, and DJ Virman in the middle.

Back in the early 2000s, Kevin “Kev Nish” Nishimura of Far East Movement was a high school dropout in Los Angeles who desperately wanted to intern at a major record label. He wanted to learn about how artists got signed and how their albums were developed.

The only internship he could get, though, was in the publicity department of Interscope Records.

“Back in the day, you had to fit a certain description and be a certain ‘cool’ to be in the A&R [artists and repertoire] department,” remembers Nishimura. “So they were throwing all the Asians in the publicity department. They must have thought we seemed studious.”

He laughs. “I’m dead serious though!”

Nishimura, a musician himself, later helped his bandmate James “Prohgress” Roh get the same publicity internship at Interscope. They worked there together for over a year.

“It ended up being way more valuable though,” he says, thinking about how his band has evolved in the last 15 years. “The biggest part of independent music, besides making records, is how to get it out to people on your own terms, so it’s definitely a tool we’re grateful we learned.”

It’s been six years since Far East Movement — currently comprised of Nishimura, Roh and Virman "DJ Virman" Coquia — broke into the mainstream with their global hits “Like a G6” and “Rocketeer,” and four years since their last studio album, “Dirty Bass.”

It’s not that they stopped working. It’s they turned their attention to making space for other Asian American artists to be heard.

Far East Movement’s new album,“Identity,” has reached No. 7 on the Billboard dance/electronic chart since it was released this October. At one point, it hit the No. 1 spot on iTunes' US dance album chart.

But Nishimura is equally excited about two projects he didn’t create.

His band launched a record label called Transparent Agency, which dropped “We Might Die,” the upcoming album from hip-hop artist Dumbfoundead on Nov. 9. They also co-created an Asian youth culture company, International Secret Agents (ISA), which produced a documentary with NBC Asian America called “AKA Seoul.” That film was released online on Nov. 10.

“We never wanted it to be just about us,” says Nishimura. “When we were coming up, we didn’t have these role models, so we really felt the need to represent.”

Nishimura maintains that the business and marketing savvy Far East Movement has developed over the years has always been a result of “survival” and “necessity.” But community-building has always been an integral part of their identity. Back in the mid-2000s, when artists were still experimenting with ways to market themselves online, Nishimura and Roh wrote email newsletters that would give updates on the band’s whereabouts and direct people to other artists they thought were worth checking out. It was a pre-Twitter social networking approach, when many musicians found fans through the blogging-social media site MySpace. They invited fans to their BBQs and they called all their colleagues and supporters part of the Far East Movement “fam” or “family.”

They still do. When their songs were first played on the radio — most notably, 2009’s “Girls On The Dance Floor,” co-written with Bruno Mars — industry insiders took notice, but often told them that the name “Far East Movement” sounded too Asian, too limiting. And in some ways, they had a point. Part of the reason Far East Movement needed a four-year break in 2012 was because they were tired of being constantly harassed online for being Asian, and being pigeonholed by the music industry for having limited appeal. All they really wanted to do was make their signature, mainstream-friendly dance music.

They don’t regret sticking with their name, which symbolizes their promise of a collective movement.

Dan Matthews, whose experience as a Korean American adoptee is documented in “AKA Seoul,” remembers inviting Far East Movement to perform at San Diego State University in 2008 when he was president of his Asian American student group.

“I was blown away, because it was really the first time I’d seen an Asian American hip-hop group live,” says Matthews. “I had been writing music since high school, but they had a big impact on me deciding to pursue music as a career.”

Matthews, also a rapper who goes by danAKAdan, was one of the early performers for International Secret Agents, which started as a live concert series in 2008.

“We were always complaining about how there aren’t enough places to perform, so we thought, ‘Let’s take the money we’ve made and invest it back into the community. Let’s create a bigger stage and showcase artists that we like,'” says Nishimura.

Eventually, the series evolved into an online platform for original web series, ISAtv. A decade later, Matthews is their content director.

The record label Transparent Agency grew in a similar way. When Far East Movement signed a major record deal with Cherrytree Records in 2010, they realized they still had a limited budget to market their music.

“It was still a DIY operation,” says Nishimura, of their experience at a big record label. “Transparent started as a service-based company that would do all the business and visual aspects around Far East Movement that the label wouldn’t do, and eventually, we realized, ‘We’ve done it for ourselves. Why can’t we do it for other artists?’ So we turned it into a management company and record label.”

“Identity” is Far East Movement’s first album to be released through Transparent, and it was the first time Nishimura felt like they didn’t have to answer to anybody. Instead of running away from the mainstream that called their band too Asian, Far East Movement embraced their ethnicities and educated themselves about current music trends in Asia — this time around, collaborating with big-name Korean pop artists including Yoon Mirae, Jay Park, Hyolin from Sistar and Girls' Generation's Tiffany, to name a few.

“Everyone told us, if you use Korean artists and words in your songs, they’ll never play them on the radio,” says Nishimura. “‘You could fill that slot with Wiz Khalifa instead of Chanyeol from EXO.’ And we were like, ‘We don’t care.’ We fought to do things on our own terms, so it’s such a surprise that we are still getting the radio play.” 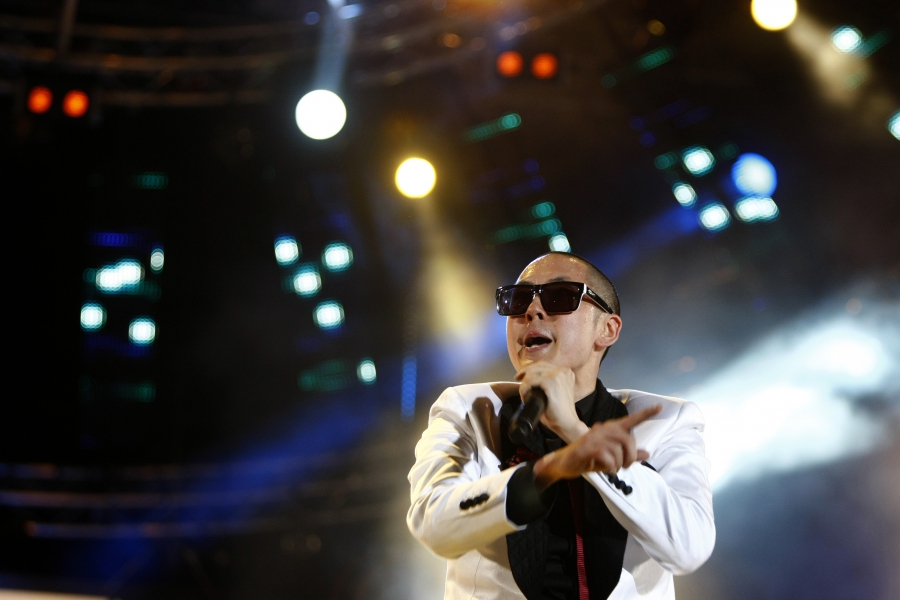 Kev Nish of Far East Movement performs at the "Isle of MTV Malta Special" concert in Floriana, outside Valletta on June 30, 2011.

Even in the last four years, Nishimura sees a shift in the way that listeners accept music as a global industry. Far East Movement's new single “Freal Love” was released on the Netherlands record label Spinnin’ Record and has already received over 11 million hits on YouTube. Artists from Panama to Norway are on Transparent's music label. They also co-created the label BreadNButter Records with Trap City, a music channel in the Netherlands, to highlight trap music, the heavy sounding hip-hop that came out of the American south.

Their “movement,” which was originally conceived as a specifically Asian American movement, has become bigger than they ever imagined.

“Not that many bands have been able to reach the levels of success that Far East Movement has, yet they continue to be accessible and help up-and-coming artists,” says Matthews. “And I’m literally a product of this community that they’ve been able to build.”