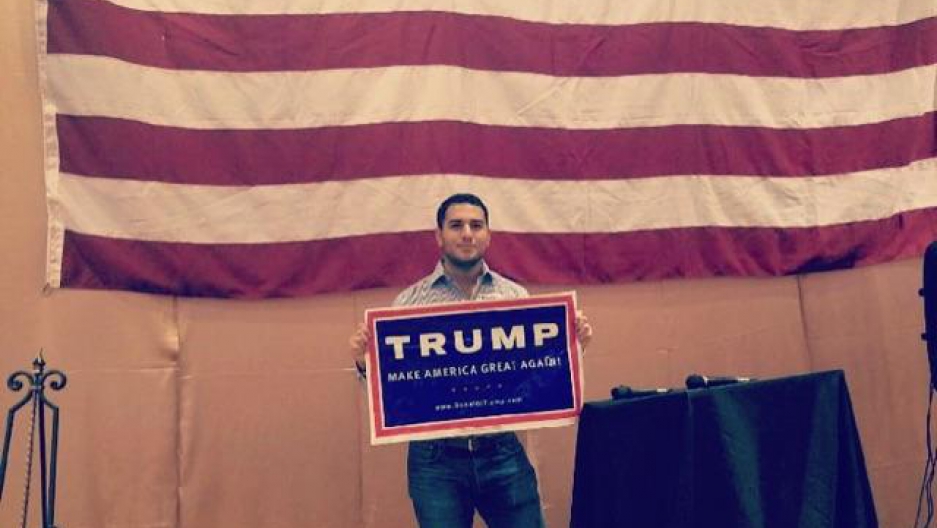 "When you come out as a Trump supporter or a Republican, you may get an ugly look. Or maybe they grow a thought that you’re anti-Hispanic or anti-Mexican," says Angel Gallegos, who lives in South Texas and voted for Donald Trump.

Angel Gallegos is 20 years old and studies finance at the University of Texas Rio Grande Valley. He lives in McAllen, about 30 miles from the border, a heavily Latino area where Hillary Clinton won the majority of votes. But Gallegos backed Donald Trump. And for him, it was about the economy.

"We wanted a game changer, someone who could bring jobs to the middle class," he says. "Trump came with that narrative and brought American pride. He also promised a lot of hope for the economy."

Gallegos himself isn’t hurting economically. He lives at home with his mom, younger brother and a cousin. He has no kids, no debt. But there is plenty of poverty around him. The Rio Grande Valley is one of America’s poorest metropolitan areas. Gallegos worries things could get worse. So when he put Trump signs on his lawn, he got mixed reactions, including from his family who mostly backed Clinton.

"A lot of my family members, they weren’t really supportive when I first came out," says Gallegos. "We had a couple of barbecues and they tried to switch my ideological, political views. For them, immigration was more the reason why they were supporting Hillary."

Several of Gallegos' relatives, including his mom and uncles, got legal status in the US thanks to Ronald Reagan’s amnesty program in the late 1980s. But Gallegos thinks immigration policy isn’t everything. "For me, I think it’s more than that," he says. "For me, foreign policy, economy, and other factors are more important."

When it comes to immigration, Gallegos says it’s not easy to talk about. "It’s very difficult to speak with someone you know, someone who you have a friendship with, you know they’re good people, and they just didn’t come the right way," Gallegos says. "It’s a very hard topic to speak because it’s so controversial and you have feelings involved."

Gallegos also says he rejects the idea that just because he has Mexican roots he should vote a certain way. "I don’t think that being of a certain ethnicity should decide who you’re going to support, or that being a minority you have to support a certain political party," he says.

That tension, he says, makes it hard for him to be open about his views. "When you come out as a Trump supporter or a Republican, you may get an ugly look, or maybe they grow a thought that you’re anti-Hispanic or anti-Mexican," says Gallegos.

And when asked about the roots of his political thinking, Gallegos says it goes back to childhood. "I was very young when I started seeing how many taxes my mom was paying, how much was taken off her paycheck that might as well be used to improve our well-being instead of being handed off to politicians who just get to play around with that income that could help my family," he says. "That was when I became conservative."

His mom, who did not vote because she is not a citizen and did not take sides in the election, says she is proud of her son. But her brothers were surprised. They couldn’t believe Gallegos put Trump signs on his lawn, she said, speaking in Spanish. But it was his right to show his political preference, she says. And she is glad her son is politically involved.

Gallegos does see himself getting more involved in politics but, for now, he says he will stay in school and get his degree.