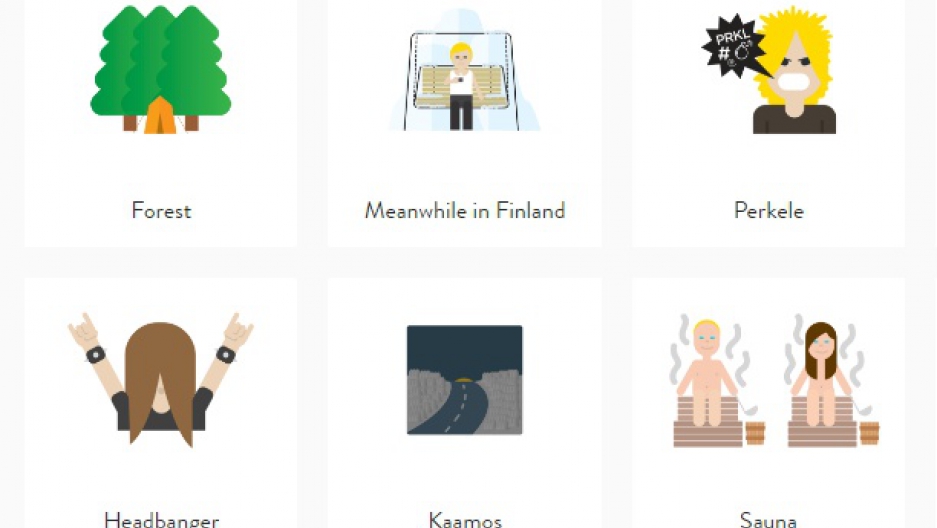 Finland is the first country in the world to publish its own set of country-themed emojis. The Finland emoji collection contains 49 tongue-in-cheek emotions, which were created to explain some hard-to-describe Finnish emotions, Finnish words and customs.

Courtesy of This is Finland

Finland recently published its own set of cultural emojis, 49 in all. They were originally part of a Christmas calendar published by the Ministry for Foreign Affairs on ThisisFinland, a Finnish website.

The emojis are all very special to Finns and celebrate their Nordic way of life.

For example, if you've ever visited Finland, you'd know that Nokia phones and reindeer are everywhere, and that Finns love their sauna. Sure enough, there's now a text-message ready emoticon for each one of those experiences.

“I mean, Finland is the first country even to suggest emojis that have some sort of a cultural connection,” says Petra Theman director of public diplomacy for Finland's Ministry of Foreign Affairs. She's trying to get her country's emojis onto smartphones everywhere.

Theman says she has a few favorite emojis. For example, the woolly socks emoji is especially close to her heart.

“For Finns, the woolly socks is kind of a symbol of something very warm, something that really warms you up from the inside, and usually they're made by your grandmother," she says. "I personally have something like 30 to 40 pairs of different woolly socks. They're all hand-knit by people, elderly ladies that I love. So they have that warm feeling to the Finns.”

And Theman thinks smartphone users might appreciate another emoji: "stuck."

“You're told as a child, ‘Do not touch any metal pole with your tongue when it's winter!’ and everybody does that," she says. "I remember it exactly where that happened. I was like 5 or 6 years old, and I just couldn't resist ... I stuck my tongue out, and then I was stuck. Yeah. I remember vividly that it hurt. That's a feeling every Finn knows.” 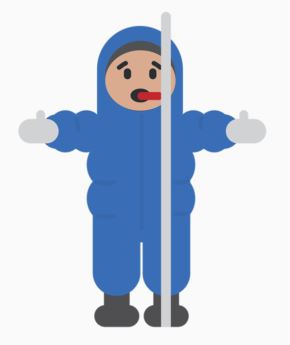 Stuck is how you feel when you realize winter is here.

Jenita Cresswell can vouch for the authenticity of being stuck. She led the ThisisFinland team as the managing editor when it created the emojis campaign.

“Stuck illustrates a child in a Michelin man kinda winter suit, whose tongue is stuck on a metal pole," she says. "I demanded it to the set of 49 emojis as this is what all Finnish kids have done at least once when it is below zero temperature outside. This is the true Finnish feeling of them all." 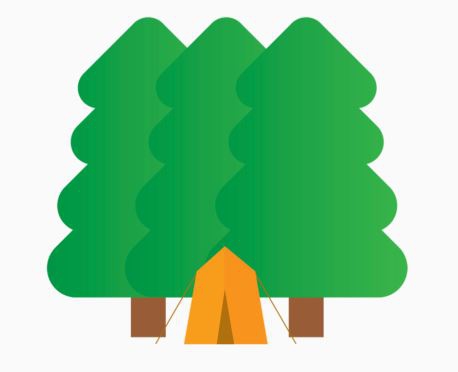 The forest emoji represents a feeling of longing for fresh air and silence.

“The scale of Finnish emotions would not be complete if you did not include the forest in the emojis,” says Theman. “Seventy percent of the country is covered by forest, so even in the biggest cities, you never have more than a few steps to the forest. So, the forest emoji just features the joy of camping basically, the joy of being in the middle of the forest.”

But it’s the woolly socks emoji that has proved to be most popular. It's just been accepted by the Unicode Consortium. That's the official — and some say, secretive — group that decides which emojis get included on the keyboards of smartphones.

“To me, personally, it is a very cool thing to have some of our emoji in the Unicode system as our team worked really hard for this,” says Cresswell.

Unicode also apparently likes the Finnish emoji for the sauna, which modestly shows a naked couple in the sauna. But the consortium may want the Finnish couple a little more covered up and may insist on a towel or an article of clothing.

Theman’s not entirely pleased but says she’s already had discussions with Unicode about modifying the emojis.

“Obviously for a Finn, it’s really not a sauna if you're there with a bikini or have a swimsuit on," she says, "and I mean, anyways, with the Finland emojis, the naked people you can't really see anything. They're done in a very prude way. I mean you notice they're naked but you cannot see anything.” 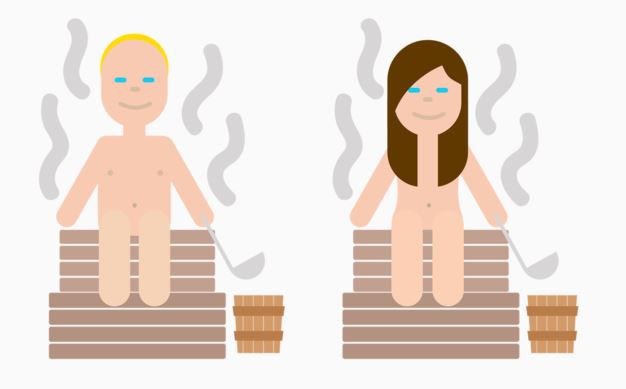 Sauna is a holy place for Finns. This is a country with 3.2 million saunas and 5.4 million people. Finns go to the sauna naked — and often together with family. For them, it's about the idea that one’s mind and body will be cleaned. That's a sauna state of mind.

“It’s a terrible thing that the sauna-goer has a towel on! Finns go to sauna naked so that makes the emoji very non-Finnish," says Cresswell in an email.

So, it seems an emoji that shows just a little nudity in the sauna along with a pair of cozy, woolly socks could soon show up on your smartphone. The first two Unicode-approved Finnish emoji should appear in coming months when available iOS, Android, macOS, Windows and Linux device and app makers update their systems.