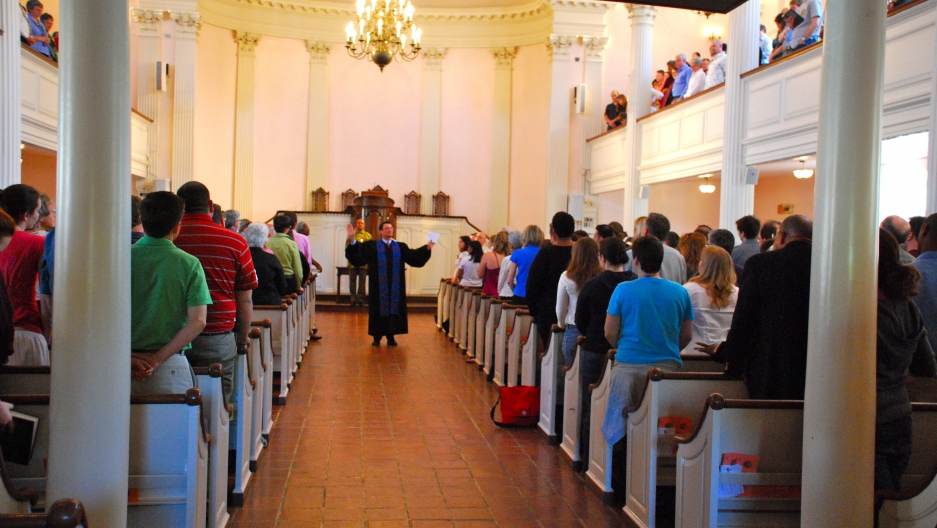 This snapshot shows Sunday mass at the All Souls Church Unitarian in Washington DC.

Courtesy of the All Souls Church Unitarian in Washington DC.

This past Sunday, 1,600 people showed up for mass at All Souls Church Unitarian in Washington DC. That's double the usual number of churchgoers, according to Reverend Robert Hardies, who led the service.

Hardies says that for many members of his congregation, the post-election period has been tough.

"What I'm hearing from folks is that they're grieving, they're fearful and they're feeling vulnerable," he says. 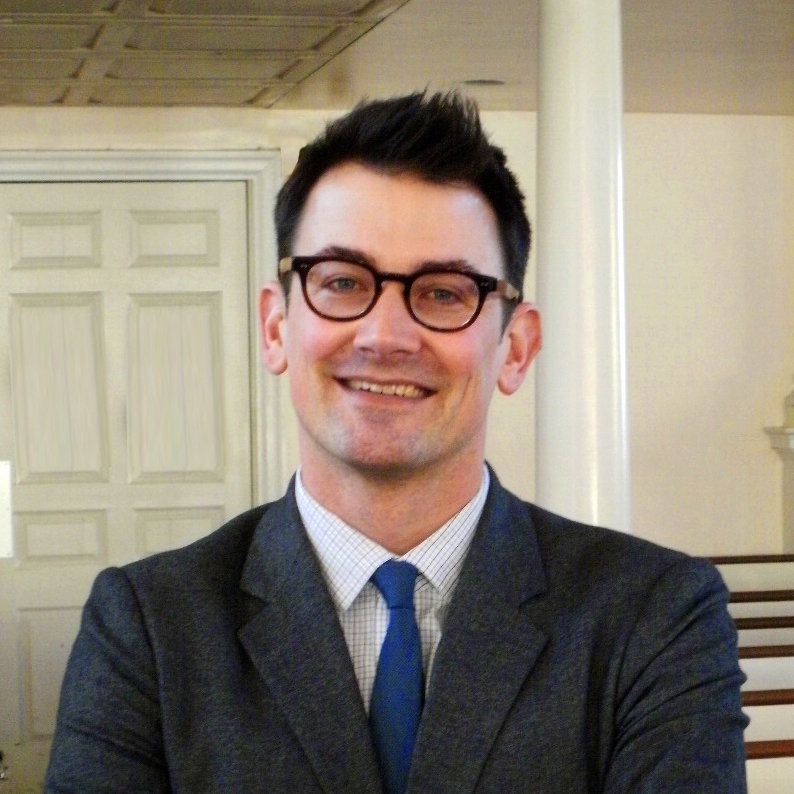 The Rev. Dr. Robert Hardies of the All Souls Church Unitarian in Washington DC is shown here.

Courtesy of All Souls Church Unitarian

That's why he announced on Sunday that his church would act as a "sanctuary" for anyone who feels threatened under the new administration.

Hardies says he's not sure yet what sanctuary, here, will look like. He's not sure of the nature of the help the church will provide, either. He says it might be a place to provide emotional support, shelter or spiritual reprieve.

More: The sanctuary church movement is on the rise again in California

The idea of sanctuary churches is not new. Hardies points to the sanctuary movement that dates back to the 1980s.

"Churches like All Souls and other congregations in the country served as a latter-day 'underground railroad' for immigrants who were fleeing war and violence in Central America," Hardies says.

The churches provided shelter, food, clothing and services, among other kinds of support. Hardies says his church will do the same.

Hardies adds that while the majority of people attending his church did not vote for Donald Trump, there are issues that all sides can agree on. For example, many people want to see a better economy, he says.

"I think there are opportunities to come together around those kinds of issues," he says.

Also: Helping Syrian refugees is the Christian thing to do, say these church leaders