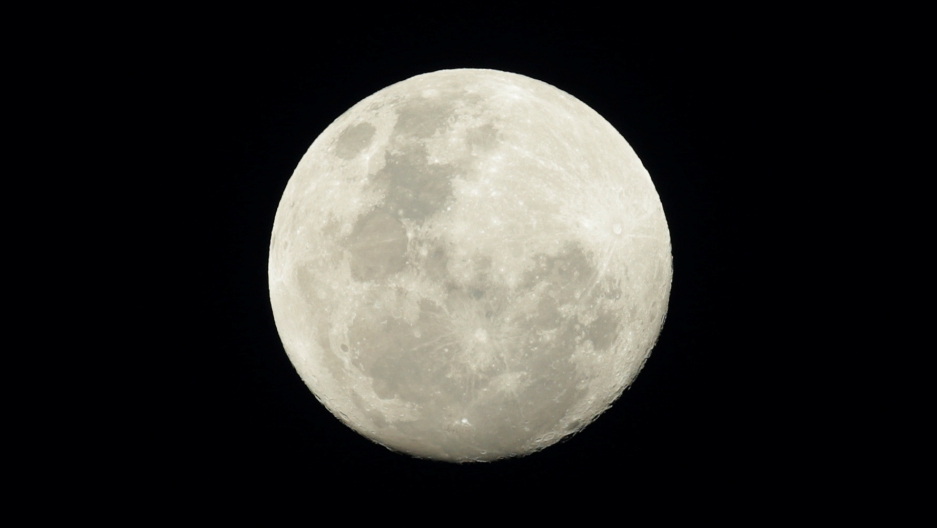 The full moon is seen in the night sky above Sydney, Australia, November 13, 2016, on the eve of the "supermoon" spectacle.

People from across the globe took to rooftops, hills, observatories and beaches to get a glimpse of the closest supermoon to Earth in almost seven decades, and snap photos of the event.

The unusually big and bright moon appeared at its most impressive as night fell but many moon gazers were able to see the supermoon loom in the sky anywhere in the world shortly after sunset.

The phenomenon happens when the moon is full at the same time as, or very near, perigee — its closest point to Earth on an elliptical, monthly orbit.

It was the closest to Earth since 1948 at a distance of 221,524 miles, creating what NASA described as "an extra-supermoon."

Here are photos of the supermoon from around the globe. 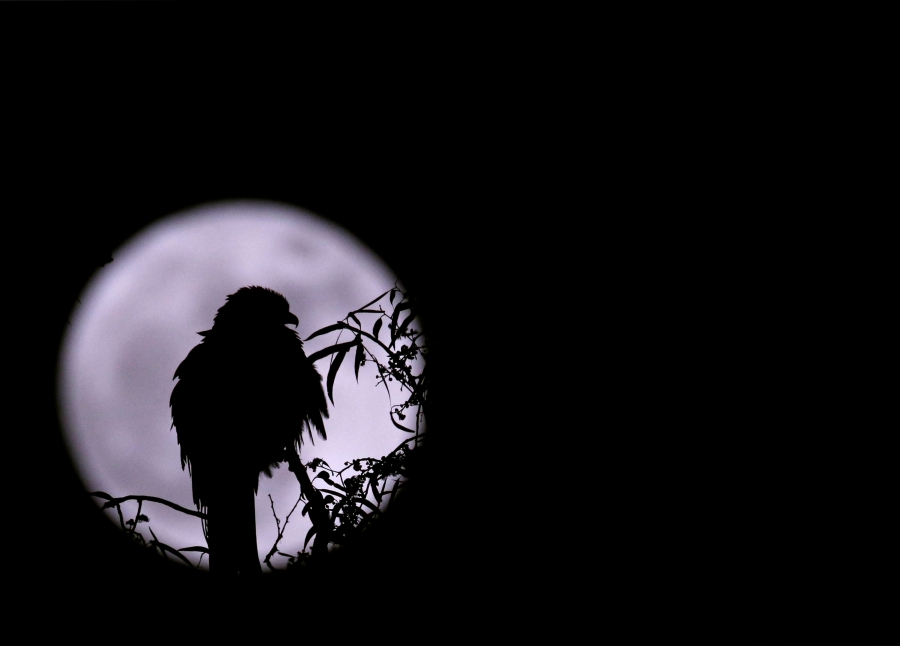 An eagle is silhouetted against the 'supermoon' in Kathmandu, Nepal. 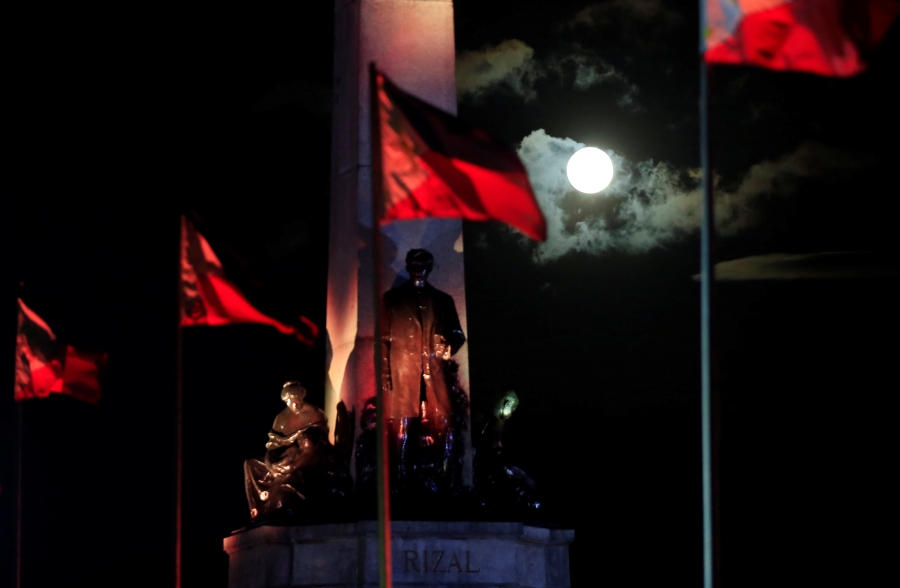 Philippine flag flutters as a supermoon rises behind the monument of National Hero Jose Rizal at the Luneta Park in metro Manila, Philippines. 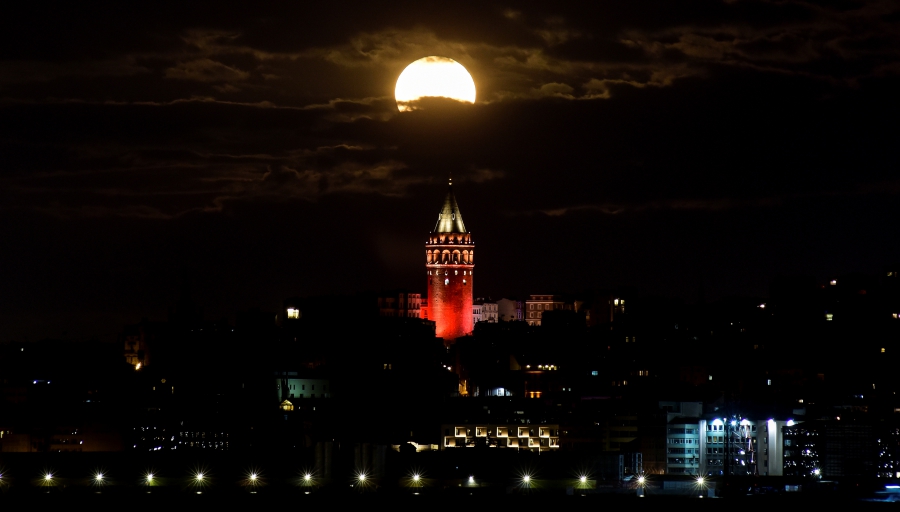 The supermoon is seen over the historical Galata Tower in Istanbul, Turkey, early November 14, 2016. 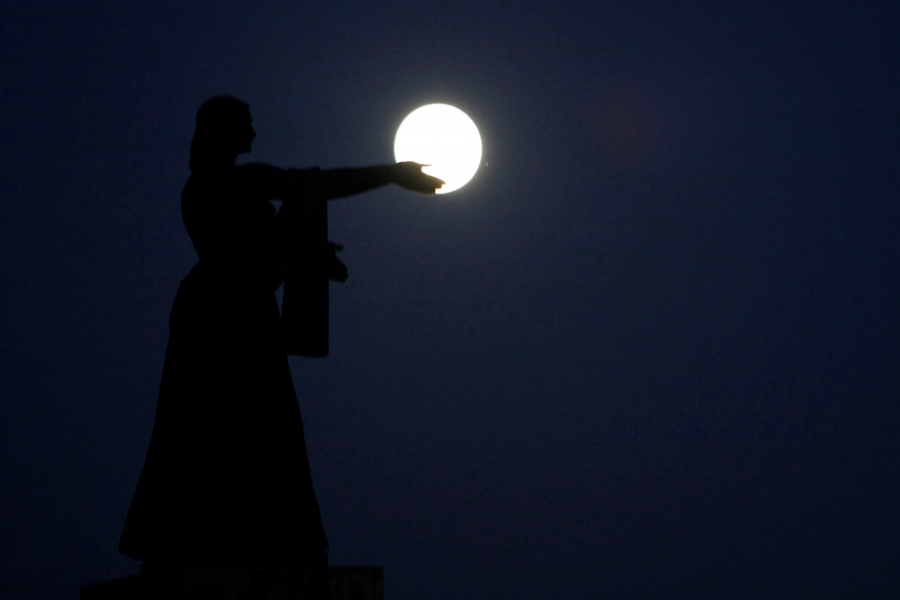 The "supermoon", the closest the moon comes to Earth since 1948, rises over La Raza monument, in Ciudad Juarez, Mexico. 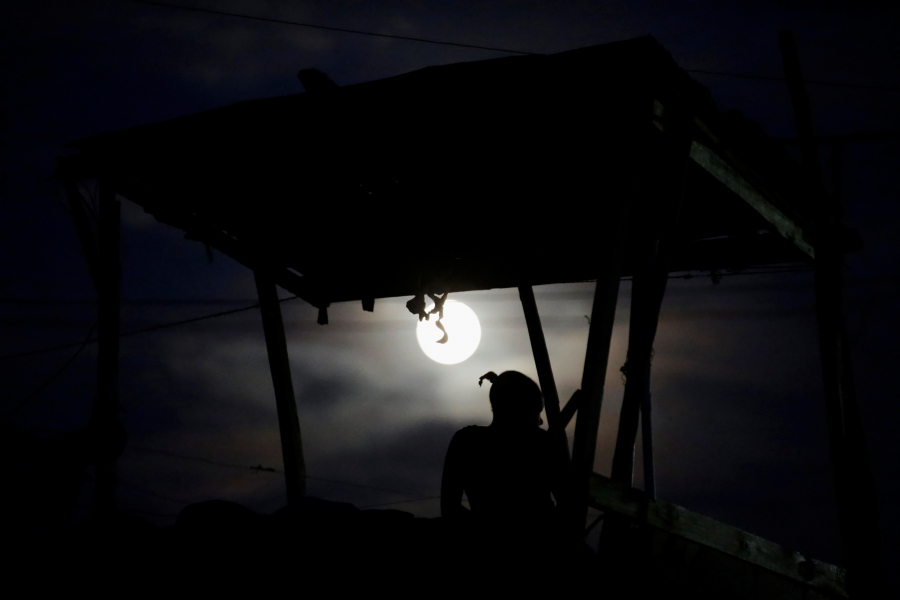 A woman sits on the rooftop terrace of a house during the "supermoon" in Port-au-Prince, Haiti. 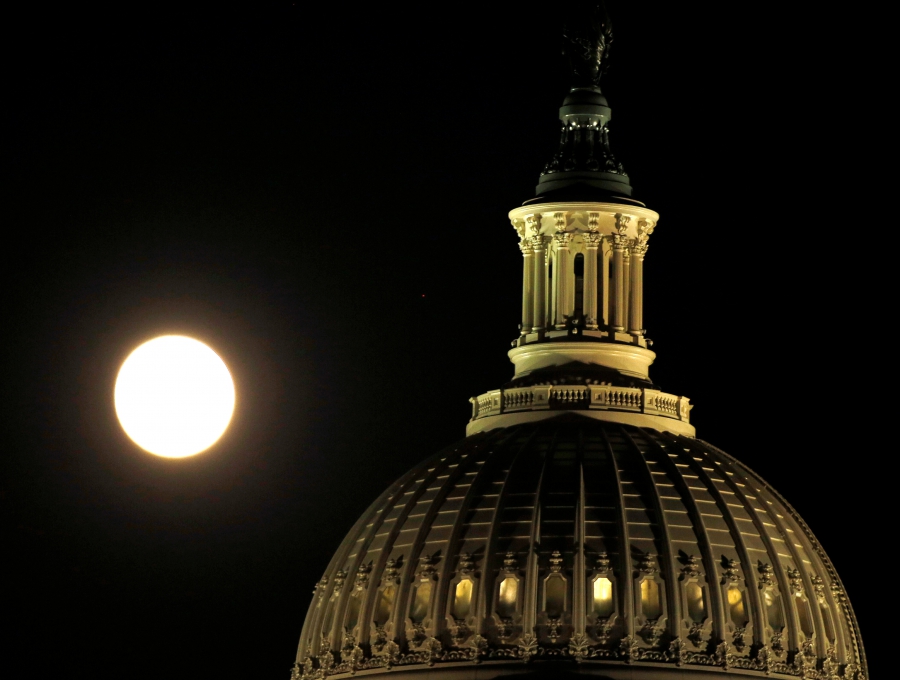 The supermoon rises over the United States Capitol dome in Washington, D.C. 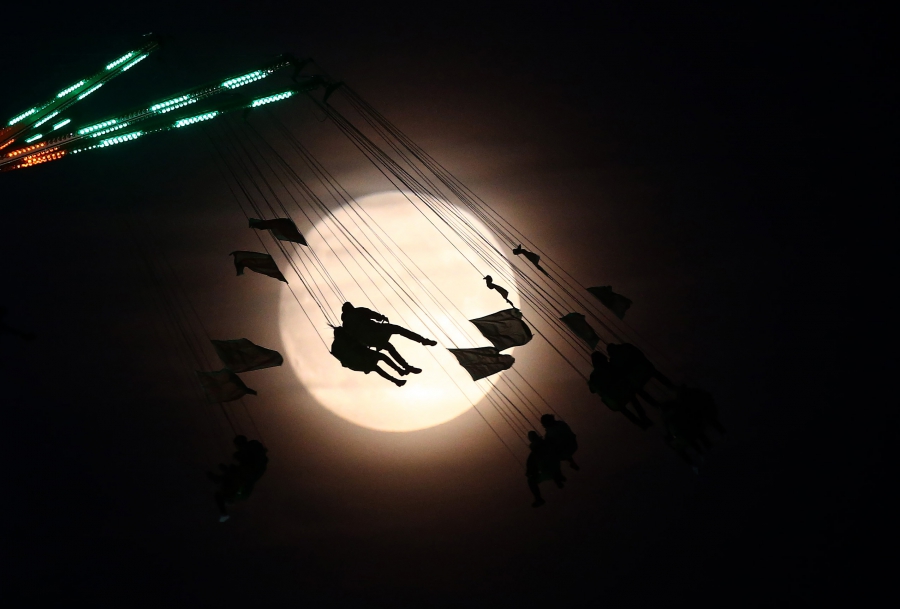 People on a funfair ride are silhouetted against the moon a day before the "supermoon" spectacle, in London, Britain. 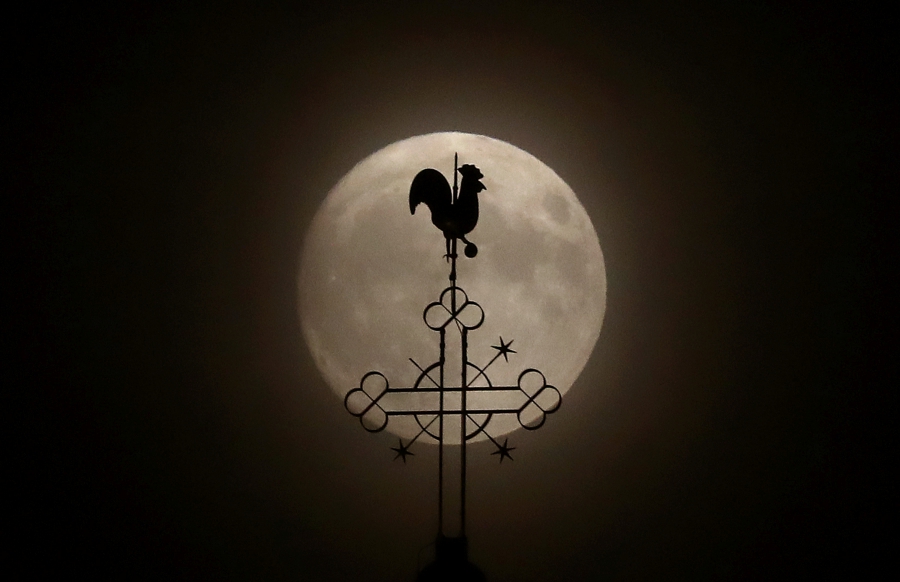 The weathercock of the church of St.Peter and Paul is seen in front of a moon on the eve of the "supermoon" spectacle in the village of Klein-Auheim near Hanau, Germany. 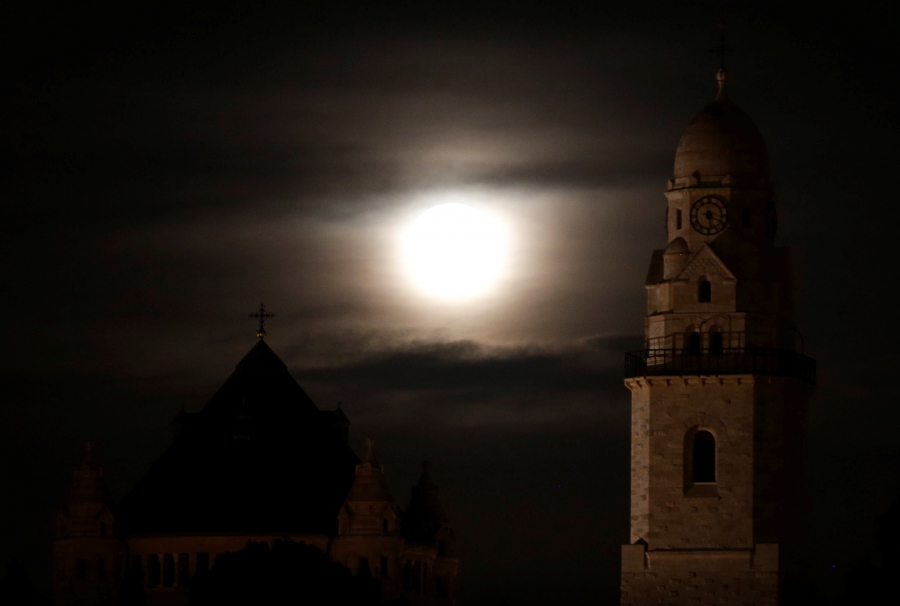 A "supermoon" rises behind the Dormition Abbey on Mount Zion, next to Jerusalem's Old City on November 14, 2016. 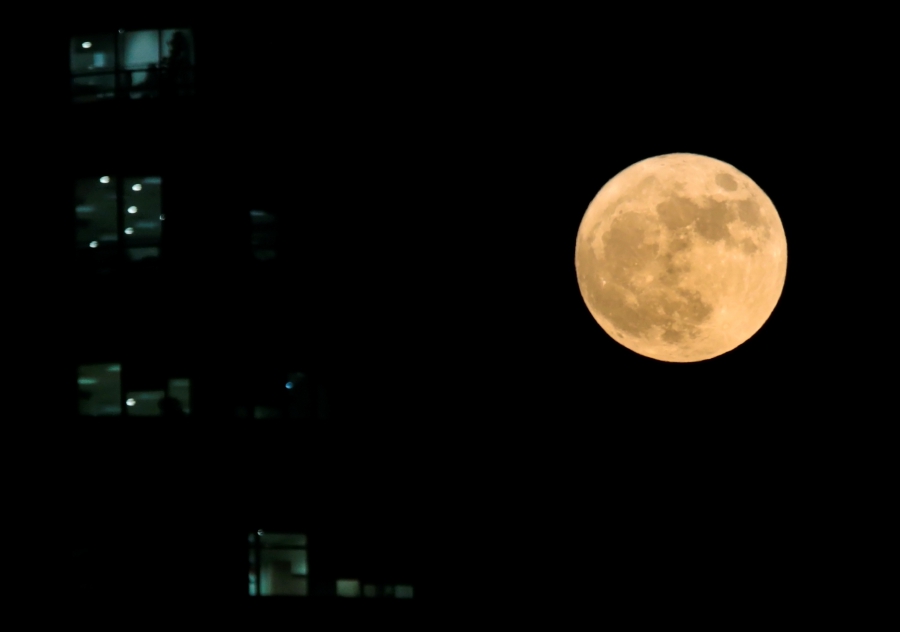 The rising moon is seen beside an office building in Islamabad, Pakistan on November 14, 2016. 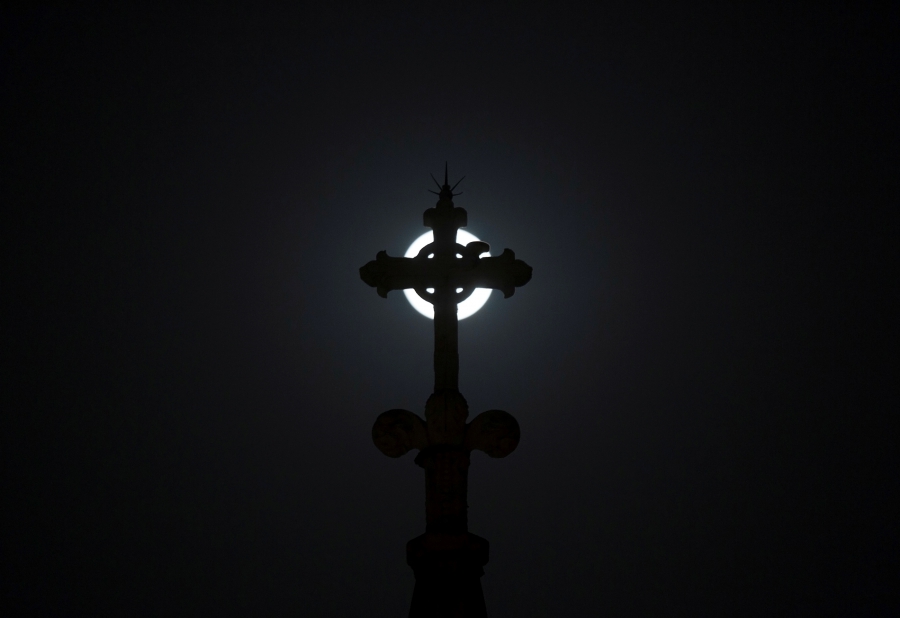 A cross atop a church is silhouetted against the supermoon in Mumbai, India, on November 14, 2016. 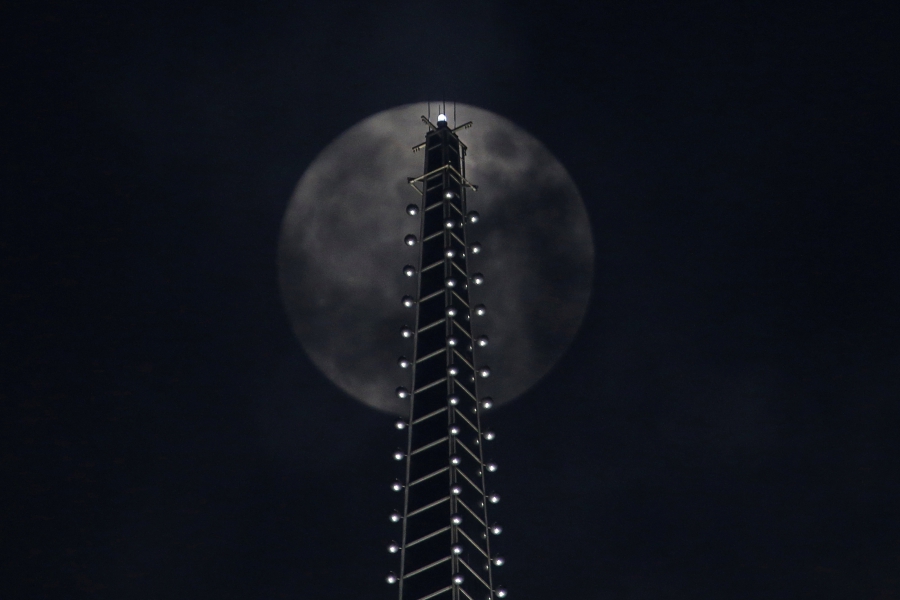 The supermoon is seen behind a building in Shanghai, China on November 14, 2016. 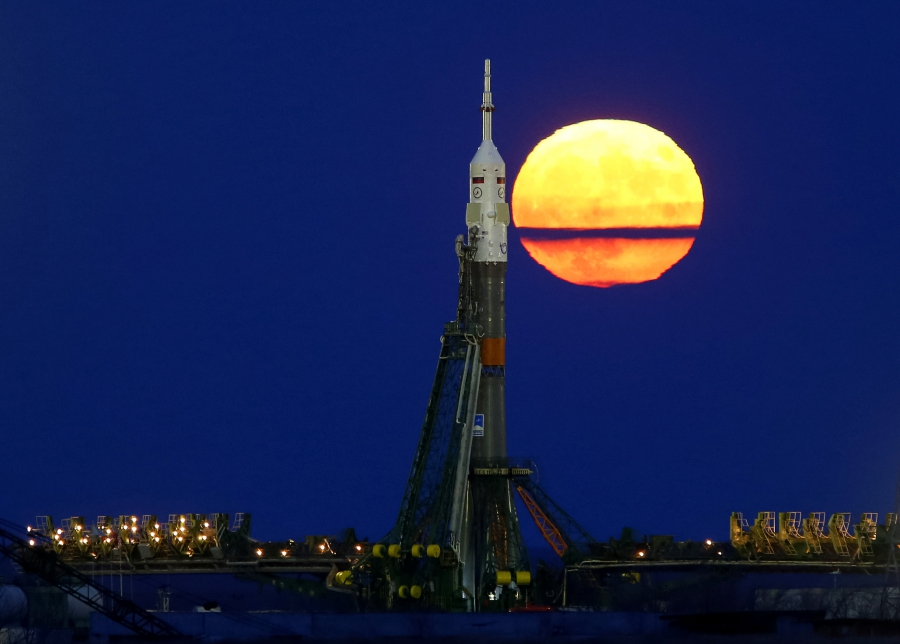 The supermoon rises behind the Soyuz MS-03 spacecraft, ahead of its upcoming launch to the International Space Station (ISS), at the Baikonur cosmodrome in Kazakhstan on November 14, 2016. 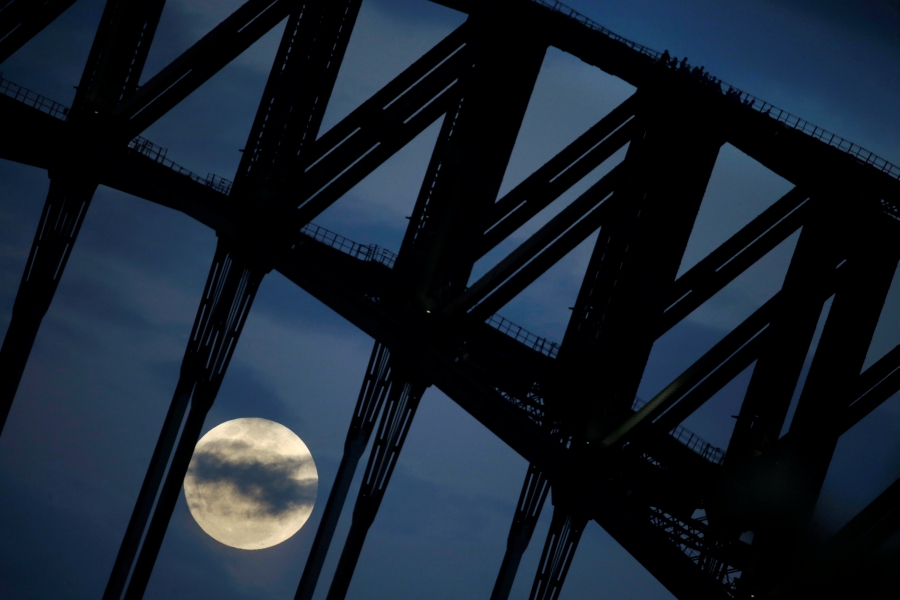 Participants in a Sydney Harbour Bridge Climb (R) walk down the western span of the famous Australian landmark as the Super Moon rises through clouds after sunset, on November 14, 2016.