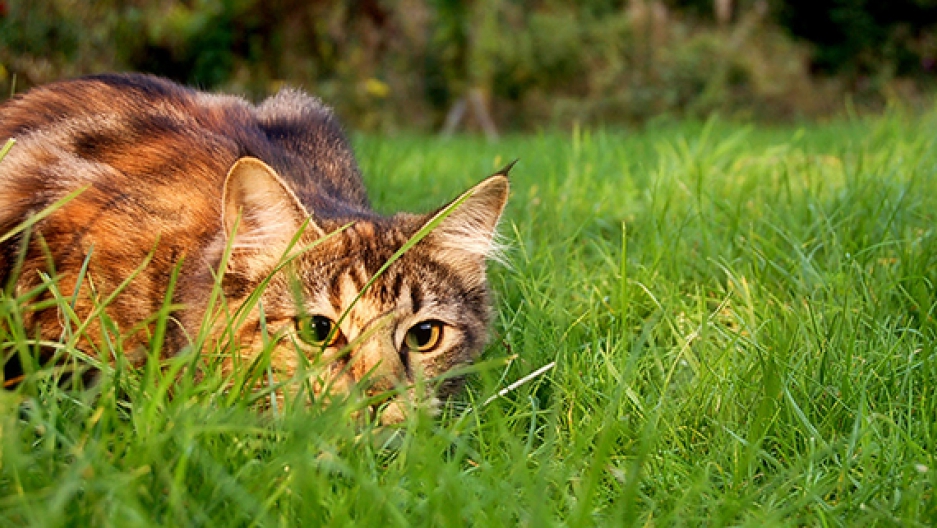 Even as they’ve comfortably moved into domestic life, cats haven’t compromised too much of their self-sufficiency. They still have the ability to hunt in the wild as feral cats.

America is a nation of cat lovers. In the US, house cats outnumber dogs three to one. But the reality is that cats don’t always bother to love us back — nor do they need to, since we provide for them anyway. How did cats get such a sweet deal?

Abigail Tucker tries to answer that question in her new book, "The Lion in the Living Room: How House Cats Tamed Us and Took Over the World."

“It’s really kind of a staggering success story, because there are at least 600 million — some people think closer to a billion — house cats on the planet today, which is a shocking number for an animal of any kind,” Tucker says.

This is especially stunning, she says, given that house cats are felines. "In nature, felines are relatively rare, because they tend to sit atop whatever ecosystem they're in, and they have these huge protein requirements that they have to satisfy. So they're [typically] rarer than other kinds of carnivores."

House cats have managed to carve out a place for themselves, globally, while so many of their wild relatives, from tigers to sand cats, have had a hard time in recent years, as a result of their long-standing animosity with people, Tucker says.

So, what’s their secret?

“Basically, house cats have been able to succeed by sidling up to humanity and harvesting our resources without giving us too much in return and without compromising their feline forms in a way that would prevent them from surviving without us,” Tucker concludes.

Cats have undergone an interesting and complicated process of domestication, Tucker says. “They have changed the structure of their brain to get along with us better, but they haven't really changed their bodies that much, and they remain hunters as magnificent as tigers or lions or any other member of the wild feline clan.”

Instead of fighting with us, cats — lured largely by our trash — ventured closer and closer into our settlements and started changing themselves, to get along with the times.

What’s more, she says, cats are so adaptable that they can make a go of it in a studio apartment or in the middle of the woods.

Tucker, like so many cat lovers, finds reasons to “excuse” their behavior and ignore the fact that cats, on balance, have a negative impact on the planet: They kill songbirds by the billions, wreak havoc on small mammal populations and their huge dietary need for protein puts a strain on the global environment.

“Whether they're going out to your garden and hunting a chipmunk or eating something that they get in a can, which could be a wild sardine caught in a far-off ocean or a chicken raised on a farm somewhere, all these things are meat, and all these things have an environmental impact,” Tucker says.

“It's a little limited to think, ‘My cat is inside, so it doesn't eat any wild animals,’” she continues. “That’s important, and that's good, but it's not that your cat is existing on air and water. These animals eat things — and the fact that they do take a toll on the environment and on human resources only makes it more interesting that we tolerate them and even encourage having huge numbers of them around.”

Before researching and writing her book, Tucker says, she didn’t give cats credit for “what amazing and formidable animals that they are."

Even though she writes about animals professionally, "I was just as guilty as the next person, when it came to looking at my cats as cute little fur babies and infantilizing them and pretending that they needed help from me,” she admits.

"Now I understand that, even though I had been accustomed to traveling across the world looking for interesting animals," she says, "this is an interesting animal that has come to meet me in my living room. This cat is a creature of conquest and a creature that is a global survivor, and is an example of how amazing nature is.”