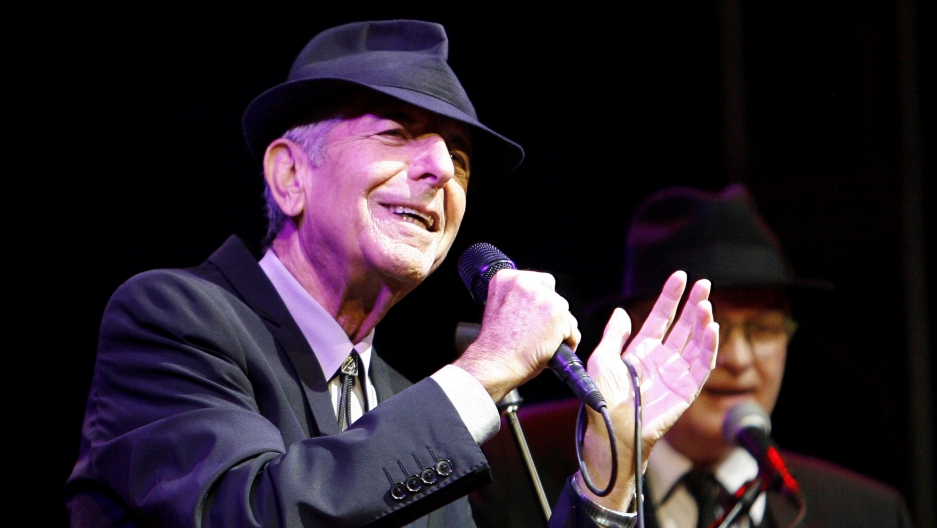 In 2016, we’ve had to say goodbye to iconic music artists.

Cohen’s name is often mentioned among a small circle of songwriting masters like Bob Dylan and Joni Mitchell. The news of Cohen’s passing this week, at age 82, will come as blow to fans around the world.

The Canadian singer was especially revered in Israel. Cohen's deity-like status as a Jewish superstar goes back to his visit to Israel in 1973, during the Yom Kippur War against Egypt, Syria and a coalition of other Arab states.

Leonard Cohen performs for Israeli troops in the Sinai during the 1973 Yom Kippur War. At his left is Ariel Sharon. pic.twitter.com/5ZDm8efnCy

A few days after the fighting began, Israeli singer Oshik Levi says he spotted Cohen sitting at a Tel Aviv cafe and went over to introduce himself.

Levi recalls that Cohen explained he had come to volunteer at a kibbutz, where farms were short of laborers because of the call-up by the military. A noble enough plan, but Levi says he encouraged Cohen to join him and go perform for Israeli troops serving in the Sinai area.

Cohen demurred at first, worrying that his songs were too sad and quiet.

“I convinced him to come with me,” Levi says. And they went to the front.

Levi says Cohen played and sang for the Israeli troops and they went wild. Soon, he and Cohen were doing six to eight performances a day.

At night, Levi says the musicians slept in the same quarters as the soldiers, and on the floor, because Cohen wanted to spend time with the troops and get to know what their lives were like.

When Cohen planned a return to Israel for a big performance in 2009, he was criticized by pro-Palestinian activists. A second show was arranged in the Palestinian city of Ramallah, in the West Bank, but it was canceled. Cohen went ahead with the show in Tel Aviv, playing for nearly 50,000 people.

Cohen’s work is infused with Jewish scripture. But his last album, “You Want It Darker,” released just last month, is described in one remembrance as his “most Jewish album.”

“The wisdom of life,” is what Levi says he will hang on to from Cohen’s legacy. “Leonard Cohen is one of the stars in the sky that I remember.”

Correction: An earlier version of this story noted incorrectly that we lost Allen Toussaint in 2016. Toussaint died in November 2015.