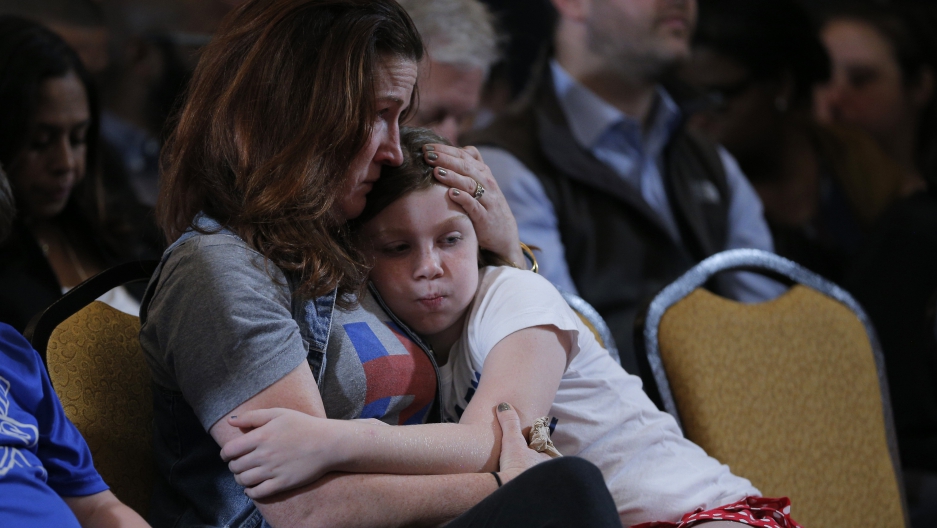 A member of the campaign staff of former Democratic US presidential candidate Hillary Clinton hugs her young daughter as they wait for Clinton to appear and speak in Manhattan, November 9, 2016.

For years now, Hillary Clinton has ranked as one of the most famous and influential women in the world ― winning fans among the world’s female leaders for her advocacy of global feminism and her work championing women and girls.

The next step, many thought, would be to the White House where she would elevate her feminist foreign policy and join the ranks of a powerful, growing group of female leaders sweeping into office across Europe, Africa and Latin America. After all, 59 countries have already had a female head of state. All the polls indicated the US was next.

But then early Wednesday morning the climb to the top stopped.

As we digest the results, reactions from women leaders worldwide have poured in. Chancellor Angela Merkel in Germany and Prime Minister Theresa May in the UK have tweeted out the customary formal congratulations for Trump.

Liberian President Ellen Johnson Sirleaf, a Clinton friend, told the BBC she was “extremely saddened” by Trump’s victory, but would “give him the benefit of the doubt.” Canada’s first female prime minister, Kim Campbell, was less diplomatic, calling Trump’s victory a "disaster not just for Canada but for the world.” While the female leader of the far right French National Front, Marine Le Pen, tweeted a hearty “Congratulations… to the free American people!”

What about regular women? As a part of our project to bring more women’s voices into discussion of foreign policy, I asked women around the world for their reaction, and was surprised at how deeply connected many felt by the surprising defeat of Hillary Clinton, and the message it sent. 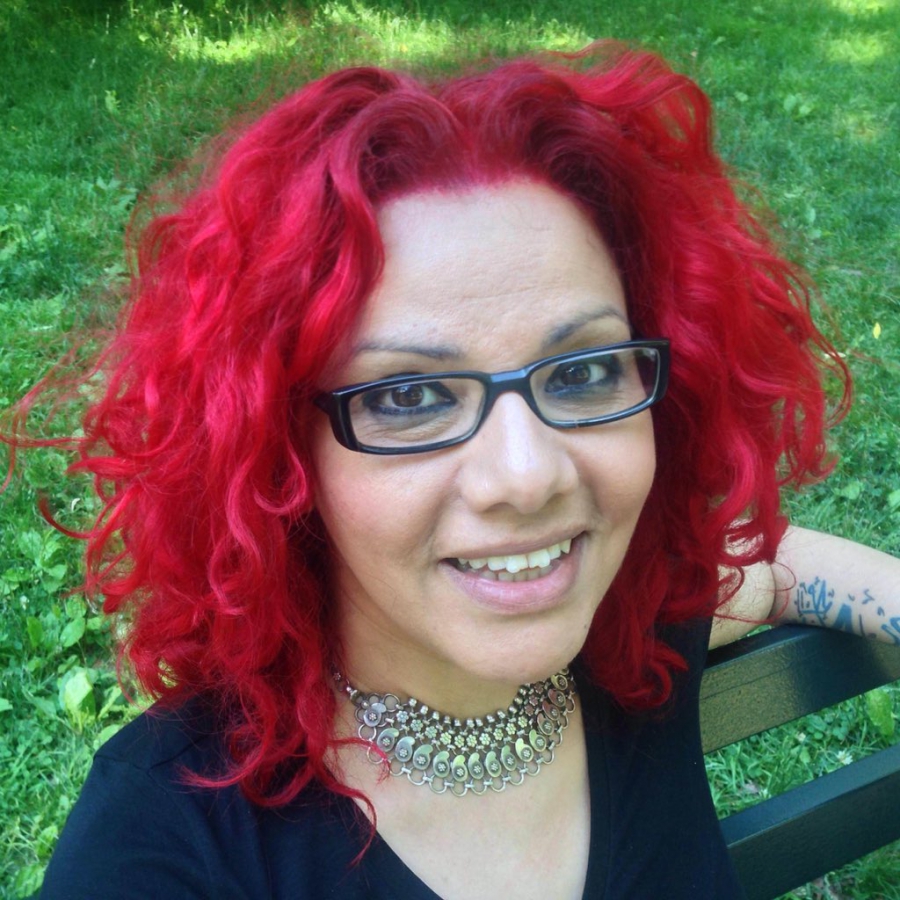 Egyptian feminist and author Mona Eltahawy stayed up all night to watch the returns from a sports bar in London. “We started out upbeat and confident, and the Brits said, ‘never say never,’ because of Brexit. Then Florida swung wildly and we were on a roller coaster heading down.”

I spoke with Eltahawy around 7 am UK time, as it was clear that Clinton had lost. “It’s an awful day,” she said, wearily. Eltahawy drew parallels between the misogyny she heard coming from Trump and what she observed as a reporter in Egypt, where she was arrested and beaten.

“Never again can the US lecture us on extremism or misogyny or on how we should treat women. This election sends a message to women in Egypt and across the world that powerful men can sexually assault you and worse and still be elected president.”

There was similar shock in Mexico City, where filmmaker Natalia Bonilla lives. She says women are rethinking their perception that the US represents egalitarian ideals and freedom after the electorate displayed such chauvinism. Latin American countries are notorious for a culture of machismo, yet most have voted in female leaders.

“Argentina, Chile, Brazil,” she says, “and right now, in Mexico, the newspapers are reporting the leading presidential candidate for the 2018 elections is a woman, Margarita Zavala.”

She was also a first lady, the wife of former Mexican President Felipe Calderón.

While Clinton felt pressure to appear tough militarily, Mexican women candidates find a softer side appeals to voters, Bonilla said. “Many women here believe having a female president will help poverty and social issues and [that she will] be more nurturing, while male candidates don’t pay attention to that because they’re focused on security and economics.”

Most Mexicans, Bonilla said, are talking about Trump’s threats to build a wall and deport en masse. But for others, the defeat of a candidate who was clearly more qualified sends a strong gendered message: “For women, it’s a setback. We see the US as a beacon of progress and a place where dreams can come true. So people feel sad and concerned and disillusioned. ” 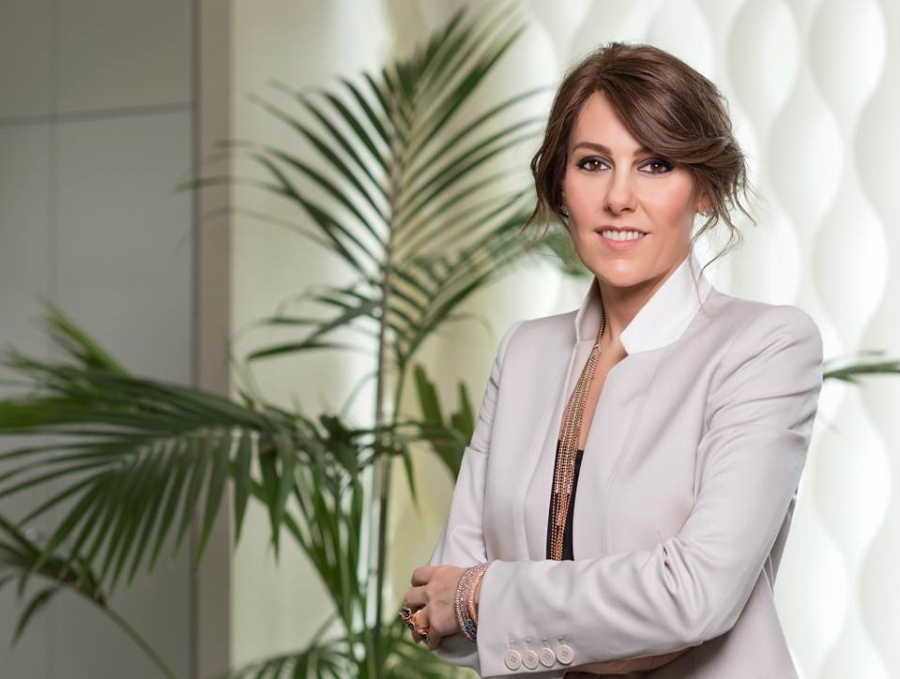 One of Turkey’s leading businesswomen, Hanzade Doğan Boyner, says even though there was a female candidate, the US campaign lacked a serious discussion of issues affecting women and girls. In Turkey, there has been long-standing effort by politicians, civil society and corporations to get more girls into schools. There is also discussion around policies to support increasing women in the workplace, such as longer paid maternity leave for women. It’s six months in Turkey, compared to zero in the US.

One women’s issue in the US is the absence of women in the upper echelons of business. Yet “neither of the candidates paid enough attention to women’s issues. Gender equality was not as important as it should have been,” says Doğan, founding chairwoman of Turkey’s leading internet holding company, Doğan Online, and chairwomen of Aydin Doğan Foundation.  “The discussion needs to go deeper. ... The culture needs to change.”

Although the biggest prize in American politics still remains out of the hands of women, there were some victories: Three senate seats were picked up by women, including by Kamala Harris, the second black woman senator ever elected; by Ilhan Omar, a Somali state representative in Minnesota; and by Kate Brown, the first openly LGBT governor in Oregon.

On the global stage, however, those victories for women seemed overshadowed.

Elsewhere, women spoke of how the sexism on display in the US elections is reinforcing patriarchal attitudes men already hold in their own countries. In Jordan, women’s rights activists say Clinton’s campaign inspired women to change. Now they’re grappling with the opposite message. 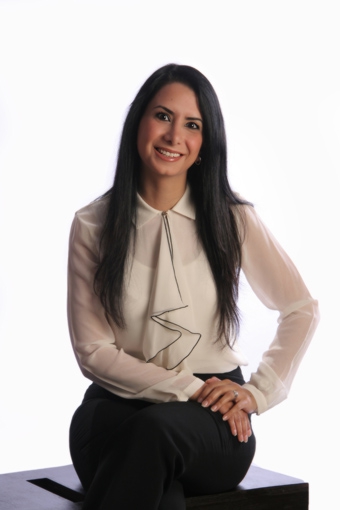 “This election gave support to the perception that women shouldn’t rule,” said Samar Muhareb, a woman’s rights activist in the capital city of Amman. “My male friends on Facebook are saying, ‘see — even the US doesn’t want to be ruled by a woman. They’re bossy. They hide things. You can’t trust them.’ This is what the men are saying now.”

Muharab is director of Arab Renaissance for Democracy and Development, a group that trains, supports and advocates for marginalized groups. She sent me a photo of her and her colleagues slumped over a picnic table in the capital city of Amman looking depressed. “This is the mood today,” she wrote. “We left the office angry. We thought we would be celebrating.”

Their organization receives US funds to support thousands of women and girls — especially refugees — who work inside the camps and also in Iraq, Lebanon, Yemen and elsewhere. As US secretary of state, Clinton was strongly supportive of funding global initiatives for women and girls. But who knows with Trump, Muharab worries. “We were looking forward to having a woman president who supports the equal role of women and is committed to girls rights and education," she said. "Trump doesn’t have that same approach.”

For women with a foot in both worlds, fear reigns that the worse is yet to come. El Salvadoran immigration attorney Susan Cruz lives in DC and said women have reacted to the US elections with hurt, disappointment and fear.

And in the Ukraine, feminist and woman’s rights activist Anastasiya Hozyainova says most women perceive Trump to be unpredictable, inexperienced and to speak flippantly. An unstable world has severe consequences for women.

“The implications of this presidency are unknown. People don’t know what to expect,” she said. And the best way to describe women's reaction in the Ukraine? “Grief," she lamented.

This article was published in partnership with The Fuller Project for International Reporting.