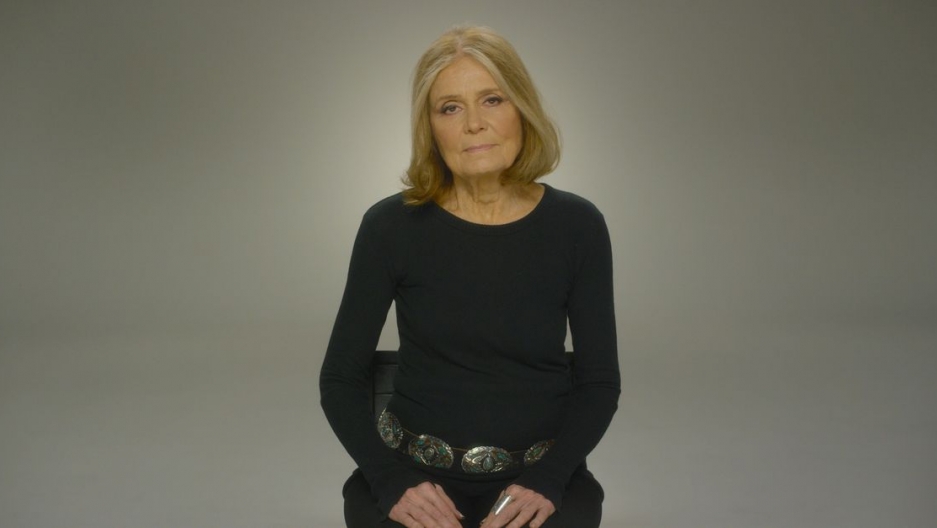 After more than 45 years of activism that helped make this election possible, feminist and writer Gloria Steinem watched as America failed to elect a woman as president.

Against that backdrop, Steinem says she rejects Donald J. Trump as her president.

She continues, “It does feel like a vote against the social justice movements that have made so much change and actually changed the majority opinion.”

Steinem believes the Trump presidency is “doomed to failure,” but she says she understands how it happened.

She gives an anecdote as explanation: “A man will say to me, ‘A black woman took my job.’”

“But, who said it was your job?” she says in reply to the man, who she labels as most likely a Trump supporter. "It’s a sense of entitlement that he has that he was brought up with, that he deeply believes — and it’s going away.”

It's going away because of the diversifying of America, which Steinem says deeply excites her.

“But to him,” Steinem says referring her anecdotal Trump supporter, “it’s profoundly threatening. Because he was raised to believe he had a place in a hierarchy that was inevitable.”

When asked if the Clinton campaign failed to clarify to those suffering economically they were blaming the wrong person, Steinem says that's the wrong question.

“I think what would have been helpful would be to focus on the kind of jobs that men with high school educations and skills that are very important would be interested in,” she says. “We need a program like in the Depression. We need the WPA again and if we had focused on that ... [Trump supporters] might have seen the kind of jobs that appeal to them."

“We didn’t do that enough,” she says.

In racist, cast and classist systems, Steinem says the control of reproduction is the only way to maintain the separation of groups.

“These things are intertwined and fundamental but they are still viewed as a kind of side issue,” she says. “The way we begin hierarchies is by controlling reproduction,” she says.

“When you look at the predictors of whether a country will be violent within itself or whether it will be willing to use military violence against another country, the strongest predictor is not poverty, or access to natural resources or religion, or even degree of democracy. It’s violence against females,” Steinem says.