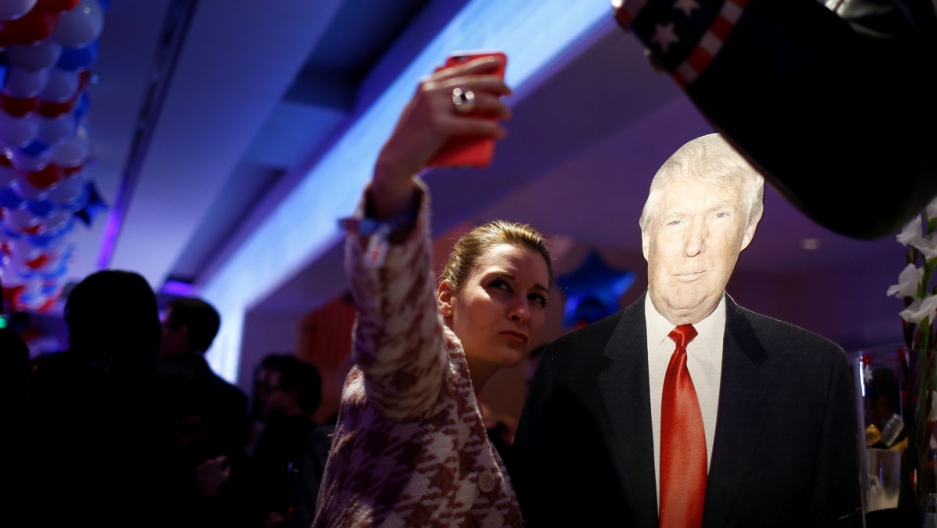 A woman photographs herself with a cardboard figure of US Republican presidential candidate Donald Trump in Berlin, Germany, Tuesday night.

It's official, Donald Trump won the election for president of the United States. For many watching the election, emotions ranging from heartbreak to exuberence were plain to see.

But, reaction to Trump's election victory over Hillary Clinton did not stop at our borders. Election watching parties were held all over the world Tuesday and while they might not be directly impacted, the election held a lot of meaning.

Here is a collection of photos offering a glance at global reactions from election night. 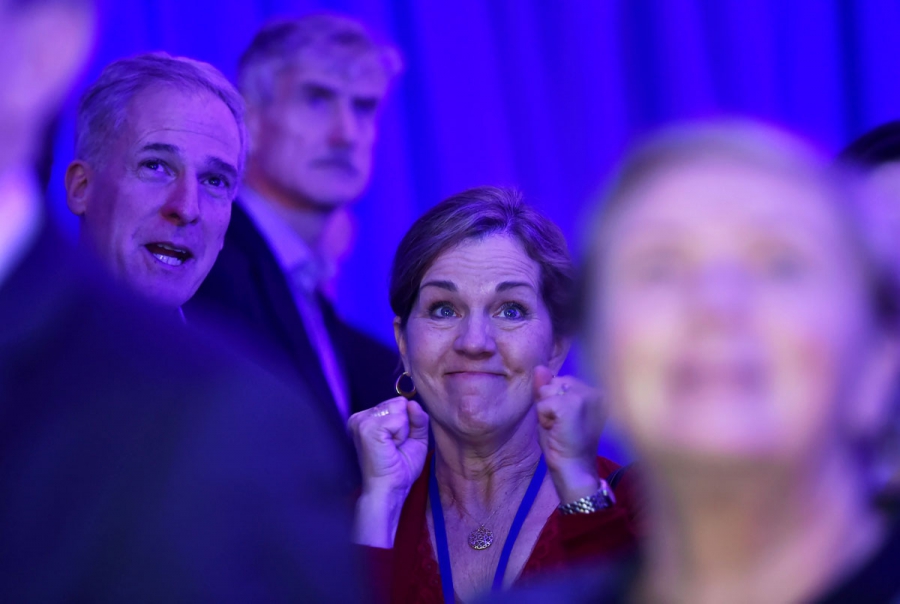 People react to the television coverage of US presidential election results during an election party at the US embassy in London. 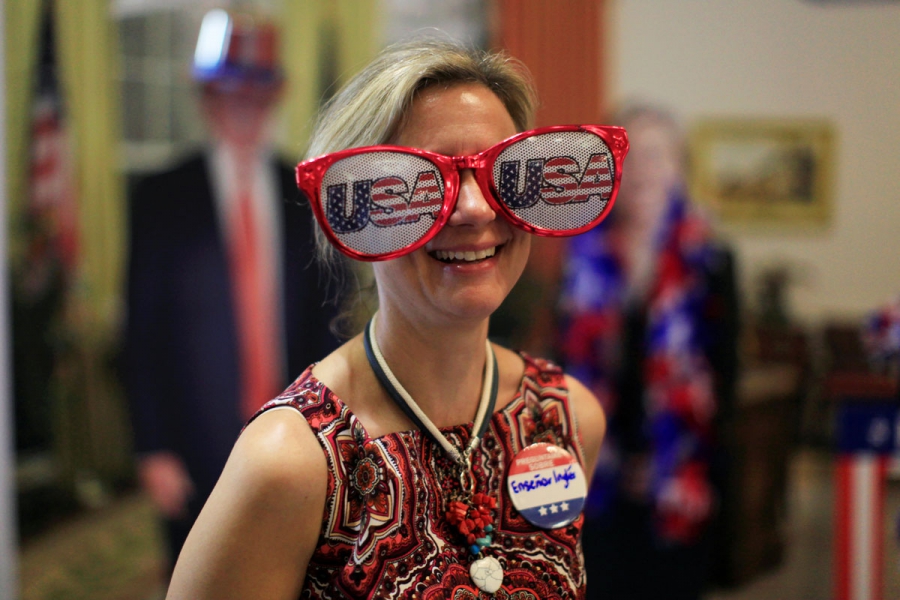 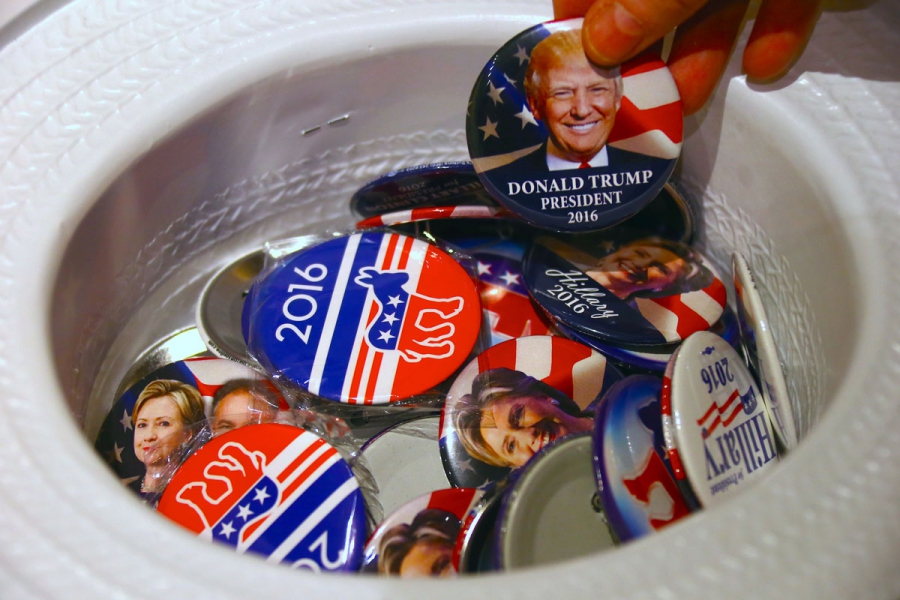 A guest at an event called the US Presidential Election Watch reaches for a badge from out of a hat displaying photographs of Republican candidate Donald Trump and Democratic candidate Hillary Clinton, in Sydney. 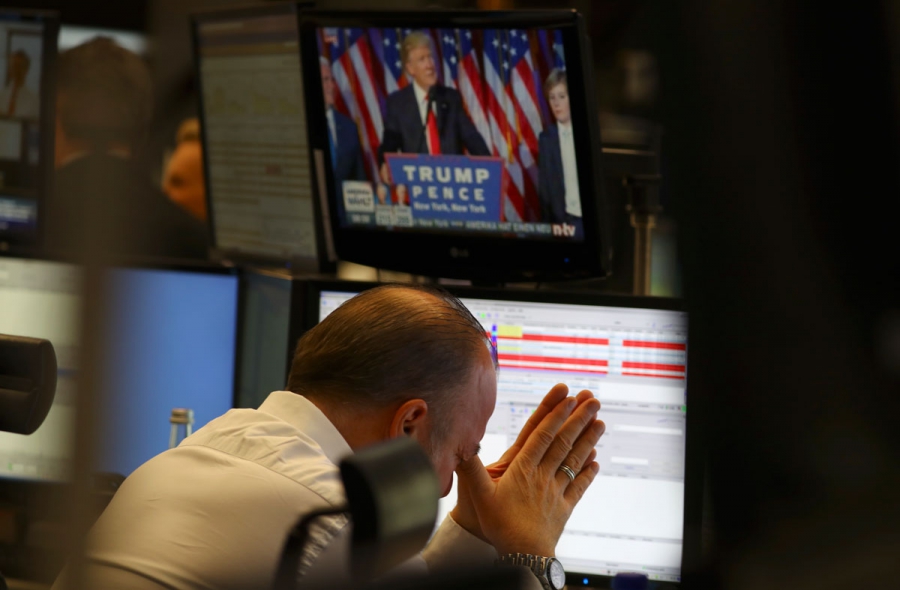 A trader at the stock exchange reacts to the US election in Frankfurt. 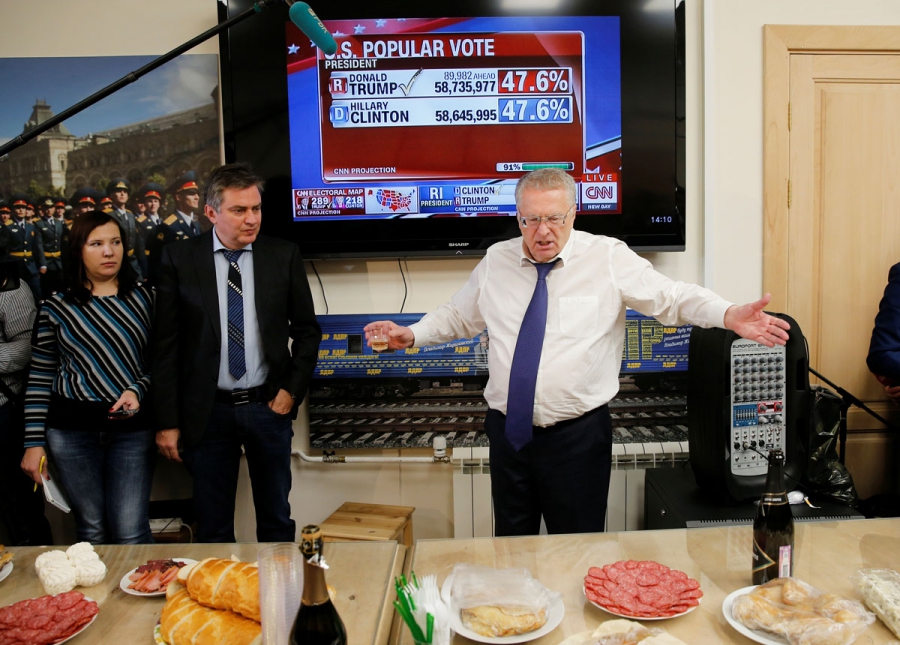 Head of the Liberal Democratic Party of Russia Vladimir Zhirinovsky celebrates Donald Trump's election as president by drinking sparkling wine with other party members in Moscow. 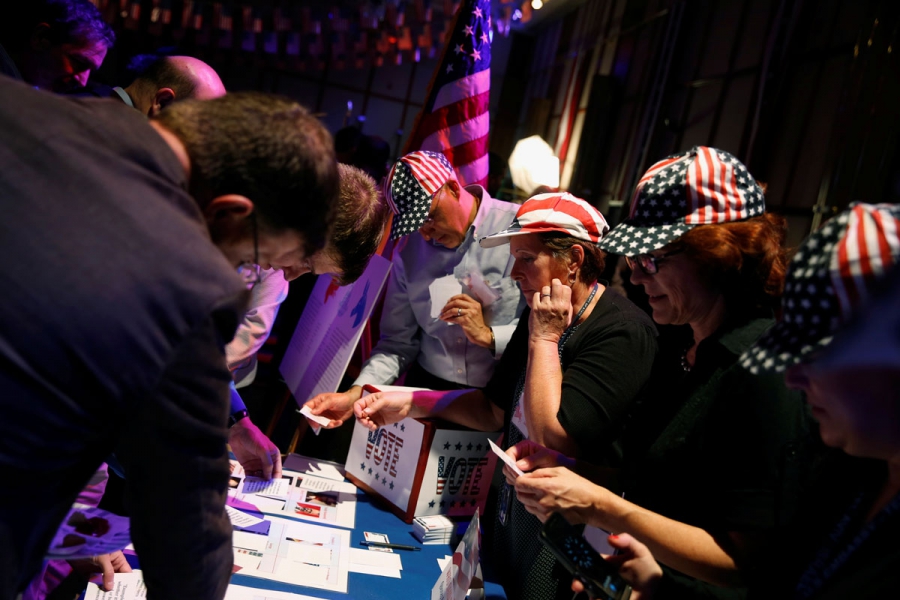 Attendees at a US presidential election night event at the US Embassy in Tel Aviv. 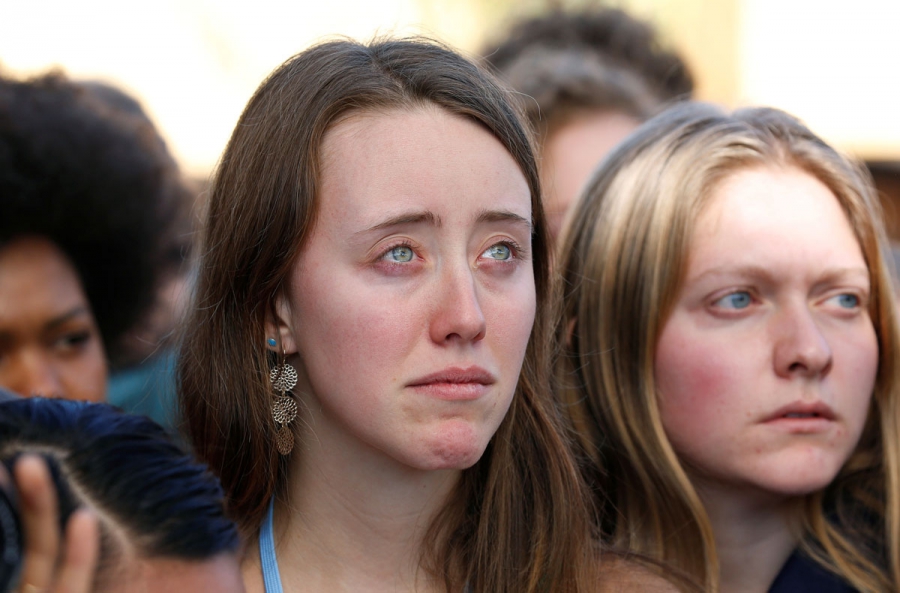 Youth supporters of Hillary Clinton mourn the election of Donald Trump during the World Climate Change Conference 2016 in Marrakech, Morocco. 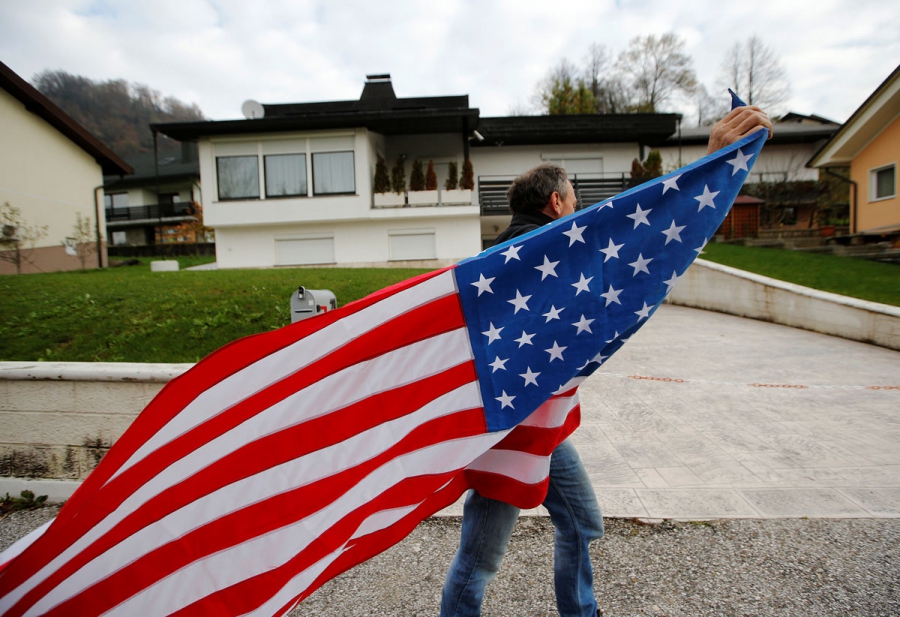 A man carrying the US flag is seen in front of Melania Trump parents' house during the election in Melania Trump's hometown of Sevnica, Slovenia. 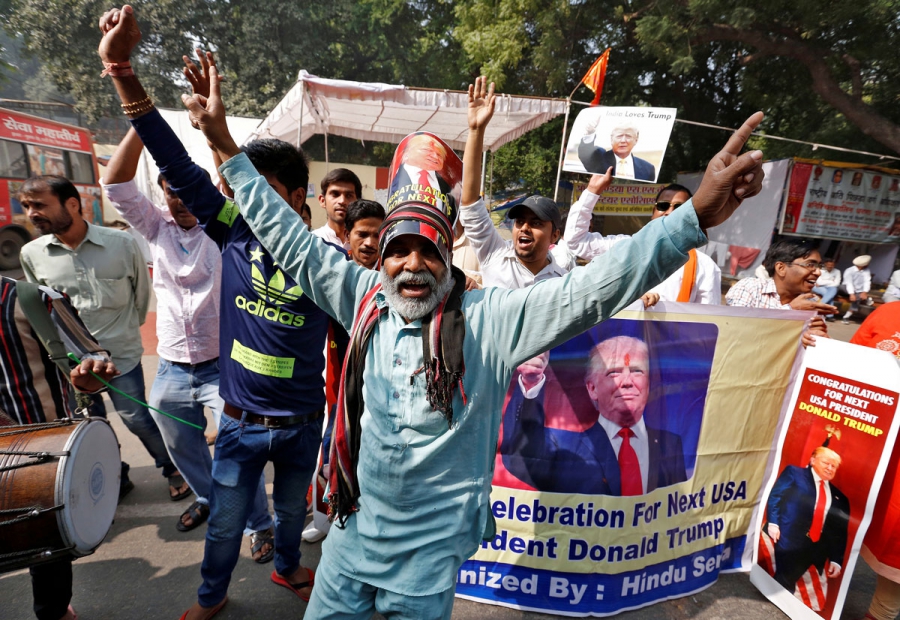 Members of Hindu Sena, a right-wing Hindu group, celebrate Donald Trump's victory in the US election, in New Delhi. 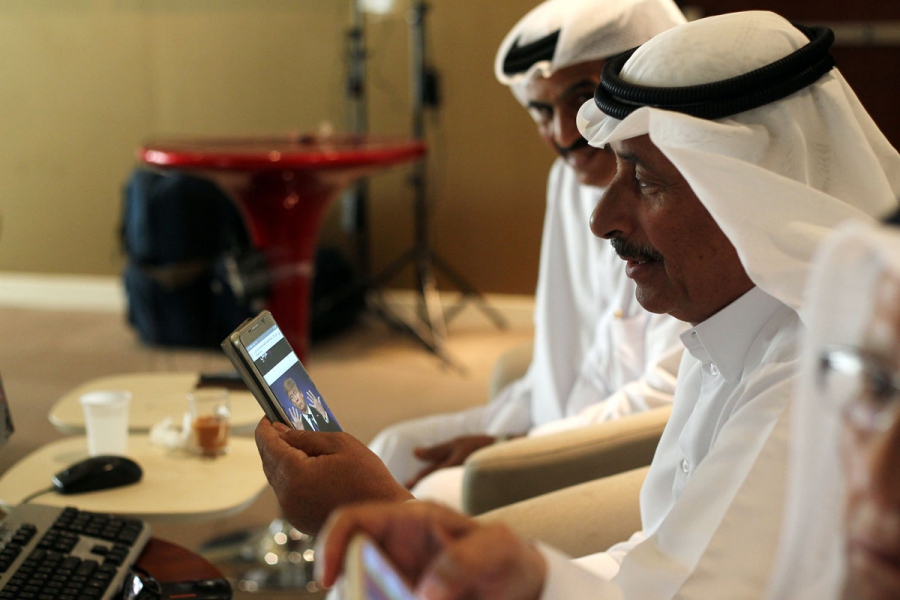 A trader uses his smartphone to follow news of the US presidential elections as he monitors a screen displaying stock information at Qatar Stock Exchange in Doha.