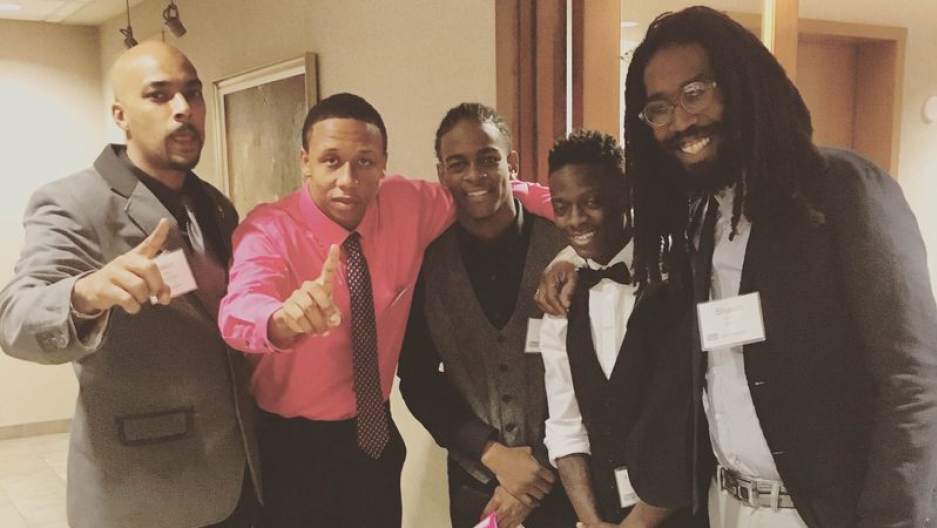 Rochester, New York, nestled in Monroe County, on the shores of Lake Ontario, and its surrounding suburbs, are home to about 750,000 people.

But this upstate New York community is far different from the picturesque towns that line the nearby Hudson Valley.

“It’s definitely a segregated place,” says Shawn Brown, a 40-year-old Rochester native and program coordinator with the community group Teen Empowerment. “[Rochester is segregated] definitely by race and socioeconomic background. In the urban, inner-city part of Rochester, you see high levels of concentrated poverty that you don’t see in the suburban part of Rochester. The resources and opportunity that flow abundantly in the suburbs don’t flow as much in the inner city.”

Monroe County is considered an “Urban Suburb” by the American Communities Project (ACP), which has charted every single county in the United States based on different demographics. As the 2016 election wraps up, we have been talking with voters in each community type to get a sense of the issues affecting people where they live.

About 66.5 million people across the United States live in counties considered to be urban suburbs. According to the ACP, these places are densely populated and diverse — which is true of Monroe County.

“We’re definitely a midsized city,” Brown says. “There are about 200,000 people that live in the city limits, which is surrounded by suburbs, country, and then it kind of gets to rural flatlands as you get further out. The inner city of that 200,000 — a good chunk of that is African American and Latino, with some other ethnic groups and white folks mixed in there. And I think that’s kind of where some of the major issues lie.”

Rochester has faced racial divisions for decades. Back in 1964, the National Guard was called in to quell race riots; the community is still largely segregated, which has affected many different aspects of life.

“Even within the city, you have those pockets of concentrated poverty, but then you’ll have a nice neighborhood,” Brown says. “If you go down the street a four-minute car ride, a couple blocks, the complexion of that neighborhood could be vastly different. It’s almost like there’s these invisible lines ... and there’s no interaction, for the most part, between the people that live in both those places.”

As a result of such segregation, Brown says the Rochester City School District, which is 89.9 percent minority, has faced difficulties, while other schools in suburban parts of Monroe County have flourished. It’s something he’s experienced firsthand.

“My mother chose to send me to the Urban-Suburban [interdistrict educational program] in seventh grade and wouldn’t allow me to go to middle school or high school in the Rochester City School District,” he says. “You fast-forward 30 years, and our school system for our inner-city youth is still struggling.”

Brown says persistent poverty is one of the biggest issues facing the city’s educational system, which is primarily funded through property taxes. About 16.2 percent of people who live in the city of Rochester live in extreme poverty. Meanwhile, just a few miles away in neighboring Pittsford, the median household income is more than $106,000.

“When you look at test scores in certain urban communities and urban districts, it really starts to boggle your mind, with the disservice that we’re doing young people,” Brown says. “We have to provide a better quality of education for our young people of color in Rochester, New York. Not everyone has the financial means to send their child to private school.”

Brown sent his daughter to private schools and was able to get her into the area’s Urban-Suburban program, which sends inner-city students to high-performing schools in the suburbs.

Other problems for minority students, Brown says, include Rochester City School District’s discipline policies. Teen Empowerment wants to help that by getting school resource officers out of those schools.

“All of these things kind of help kids miss school and play a huge part in the school-to-prison pipeline — that you can literally go to school and get arrested from going to get your education,” he continues.

The use of "school resource officers" has been a persistent problem throughout the country. In September, the Obama Administration announced new guidelines for using SROs.

“We must ensure that school discipline is being handled by trained educators, not by law enforcement officers,” US Education Secretary John King said.

But Brown says the issue of persistent poverty goes beyond education. Rochester was once a booming manufacturing hub and home to major companies like Bausch and Lomb, Kodak and Xerox.

Vice President Joe Biden visited the area back in July 2015 to announce a $600 million initiative to bring photonics manufacturing and research to Monroe County. But Brown has seen other development initiatives fall flat.

“A program, or that grant, or that funding, it’s here when it’s here,” he says. “But when the money runs out, when that grant’s over or that period’s over or that project’s over, all the other love and support leaves with it, and you’re still left with this hole. It might even be worse sometimes.”

Brown would like to see more investment in adult education — things like GED classes, and courses on financial literacy, homeownership, or even English as a Second Language — to help lift people in the inner city out of poverty.

“We need to be giving adults training, resources, and education, so that even if you made some mistakes or even if you kind of got caught up in societal mistakes that they lay out for us — the things that trap certain folks in this society — that you can still gain skills to improve your condition and the condition of your family,” he says.