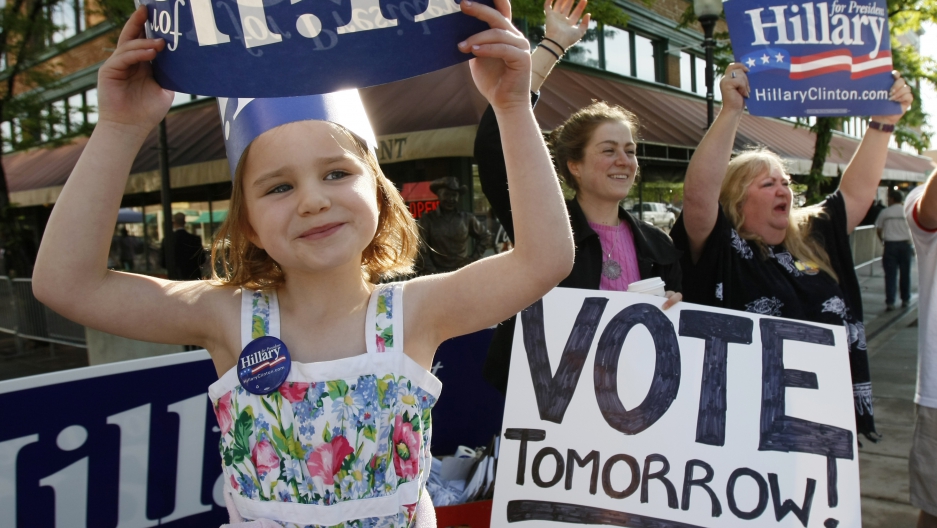 His son, Colton Levi Derr, was a US Army sergeant who completed over 500 combat missions in Iraq and Afghanistan. Within six weeks of returning stateside, he took his own life after struggling with post-traumatic stress disorder (PTSD).

“There’s over 20 veteran suicides every day, [with] an average of one active duty soldier,” Jerry Derr says. “In one year, we lose more veterans to suicide than we have to the entire war in the Middle East.”

Derr, 55, is intimately connected to the issue of military-related PTSD, and not just because of his son. He lives in Pennington County, South Dakota, which is defined as a “Military Post” by the American Communities Project (ACP). About 9.7 million people in 89 counties live in Military Post communities across the country — which are home to a large number of troops and bases. It’s just one of 15 different ACP community types we’ve been profiling in the lead up to the 2016 election.

Pennington County is home to Ellsworth Air Force Base, which is about 10 miles northwest of Rapid City, South Dakota. Though there are about 4,000 military-related personnel currently stationed at the base, Derr says the population was once much higher. After the Strategic Arms Reduction Treaty was signed between the US and the Soviet Union, the area’s Minuteman missile program was shut down, which led to a reduction in the number of military personnel in the area. Yet, the military maintains a large presence in the Rapid City area.

With a high number of service members in the area, the question of PTSD remains top of mind for people like Derr, who started the Sergeant Colton Levi Derr Foundation, after his son.

“When those guys come back from the battlefield, and we’ve been at war, many of soldiers in our community, not unlike anywhere else across the country, have seen multiple deployments — four, five or six deployments to Afghanistan and Iraq — and coming home and plugging back in and trying to make that transition is not always an easy one,” he says. “That’s always a big issue — making sure we’re taking care of these veterans when they return home.”

Yet, few states across the country actually track veteran suicides, and South Dakota isn’t one of them. Though the data is incomplete, News21, a news outlet from the Carnegie Corporation of New York and the John S. and James L. Knight Foundation, found that veterans accounted for 20.25 percent of all suicides in South Dakota from 2005 to 2011.

“A lot of people talk about — they think that reaching out and saying, ‘Thank you,’ when a veteran comes back, or ‘Thank you for your service,’ that’s fine, but [supporting veterans], there’s a deeper level to that,” Derr says. “It’s making sure that community is providing those resources and having outlets for those soldiers to be able to communicate, and their families as well.”

Derr says he’s reached out to state and local lawmakers, along with individuals in the South Dakota Veterans Affairs Department, to suggest that the state begin tracking veteran suicides. In collecting this data, Derr hopes that the there will be a better understanding of the factors surrounding PTSD and suicide, and with more knowledge about the issue, Derr says, better services can be offered for those who need it.

“Where you lose these veterans is when they’re no longer in the military,” Derr says. “If they’re not plugged into any VA resources, they’re out there on their own, and their families are out there on their own. There’s a lot in the media about the VA not being a good resource for our veterans to go to, but the VA is an institution — it’s not the community. The VA doesn’t represent my son, and I have two other sons who serve in the military. That is a community, and the best outreach can be done at the community level.”

Pennington County, Derr says, has done a better job than other communities in reaching out to veterans — due to the high presence of military personnel in the area — though he argues that more needs to be done.

“I would like to see a way to access to that information [about veteran suicides],” he says. “When law enforcement shows up on scene … that when they send that death certificate out, they’re denoting that this is a veteran and what the cause of death is, and that information goes to the state level.”

But it’s not just the issue of suicide, Derr says. Veterans are also at risk in a number of other ways.

“Maybe it’s through DUIs because they’re dealing with depression and PTSD, but when [veterans] get into the criminal justice system, and they get incarcerated, after the 61st day, they begin to lose all of their veteran benefits,” Derr says. “So if they’re incarcerated for more than 61 days, if they had VA benefits due to disabilities, health issues, et cetera, all of that is frozen once they’re incarcerated — the VA won’t take them.”

If a service member does lose VA benefits and services, they can be at an even higher risk for PTSD and suicide. Derr would like to see a veteran diversion program set up in South Dakota for nonviolent offenders to prevent at-risk vets from entering the criminal justice system.

“My family decided that we weren’t going to let [Colton’s] battle be in vain,” Derr says. “[We decided] we were going to honor Colton by helping veterans — his fellow brothers and sisters — fight that battle of dealing with post-traumatic stress, traumatic brain injuries and a wide array of veteran issues that we deal with and try to carry the message of hope in my son’s name. That’s what we work toward.”