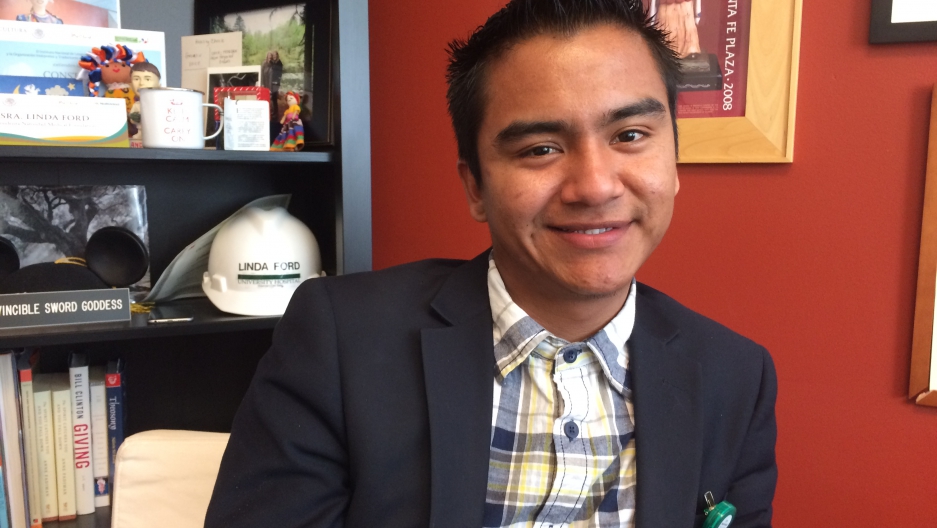 Israel Jesus speaks and interprets in Spanish, English and Triqui. He learned Triqui while living with his grandparents in Oaxaca before coming to the United States.

An overwhelming majority of Californians voted "yes"on Tuesday for bilingualism — that is, bilingual education.

As we publish this post, 73 percent of Californians voted in favor of Proposition 58, which overturned the ban on bilingual education. This is a radical change in California since 1998, when Proposition 227 banned bilingual education. Much accounts for this change: demographics, attitudes toward dual-language immersion, research on the bilingual brain. Check out last week's podcast for the latest on that research.

This week on The World in Words we head to Salinas, California to explore attitudes towards languages spoken there.

Folks from Salinas like to remind you that their valley is the “Salad Bowl of the World.” Not that you can forget. Everywhere you look there’s fields growing lettuce, strawberries, broccoli.

A growing number of the farm workers picking the broccoli and lettuce from those fields speak neither English nor Spanish but several Native Mexican languages like Mixtec, Triqui, Zapotec. How are these farmworkers navigating life in California speaking their languages? Turns out, it's not so easy.

Natividad Hospital, in the town of Salinas on California’s Central Coast, is ground zero. This hospital, surrounded by fields, serves many farm workers in the valley. 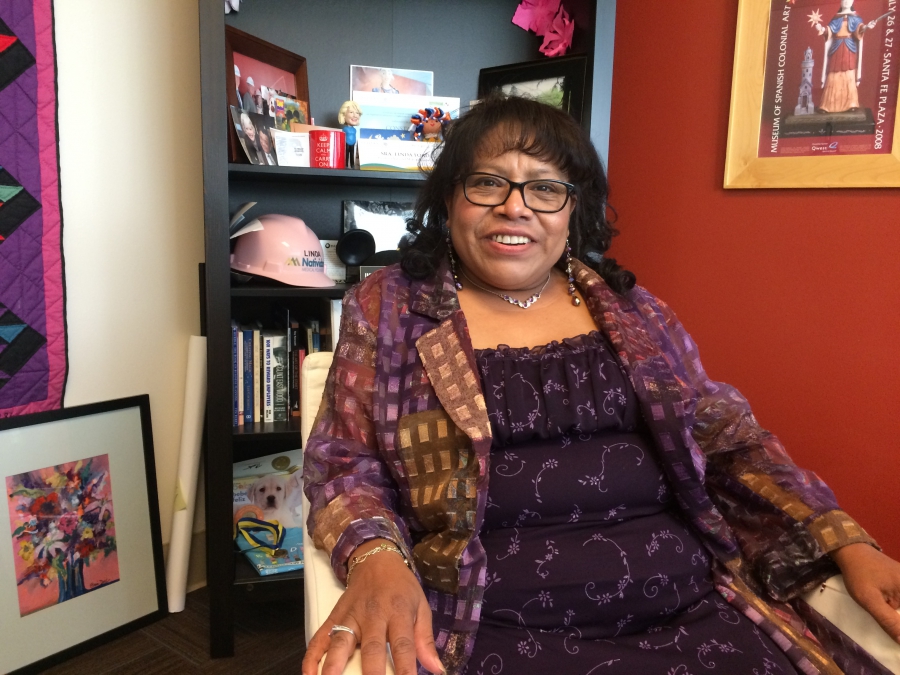 Angelica Isidro was the first interpreter hired by Indigenous Interpreters Plus. She interprets in Spanish and Mixteco.  For years Angelica had been informally interpreting for her community; interpreting over the phone while she worked her day job in the fields.

Several years ago, you would’ve been lucky to find even a certified Spanish-language interpreter at Natividad. This was a problem — a problem that became clear to Linda Ford when she became the CEO of the hospital’s foundation nearly a decade ago.

Yet finding indigenous interpreters proved to be a challenge.

"I thought ... let me find an agency where I can find interpreters and I Googled but nothing came up," Ford says. 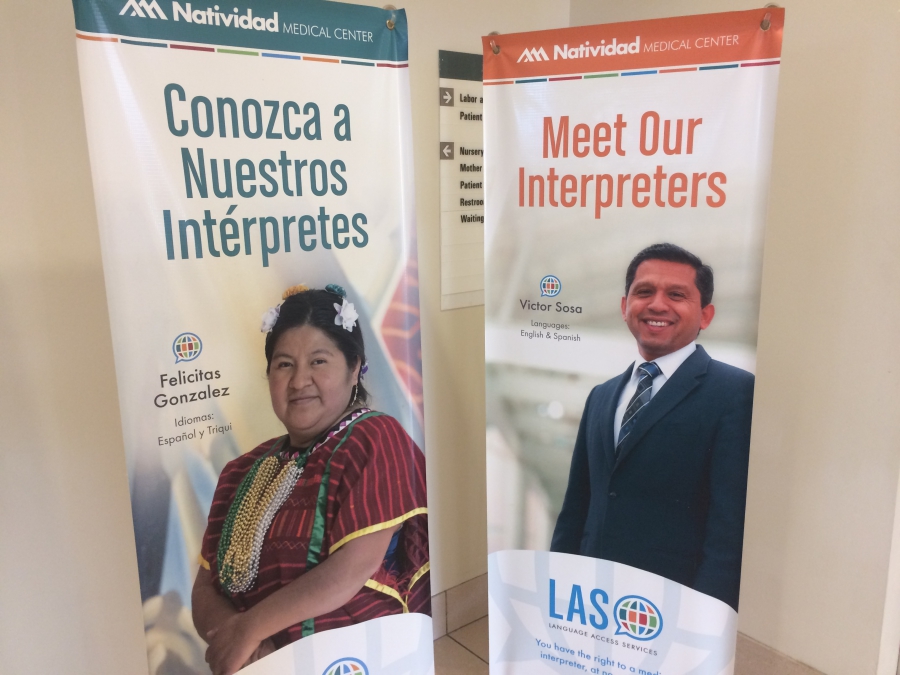 Natividad Hospital offers interpreting services for its indigenous language speaking patients. For several years the hospital has been training bilingual and trilingual speakers to do medical interpreting.

To find the most qualified interperters they had to look no further than their own hospital waiting rooms.

Many bilingual and trilingual farm workers were already informally interpreting for their family members and friends. People like Angelica Isidro. For 20 years, Angelica, who speaks Spanish and Mixtec, had been making rounds in the hospital, courts and jails all over the Salinas Valley, informally interpreting for anyone who needed help. She even interpreted over the phone while she worked her day job in the fields.

Israel Jesus was inspired to become an interpreter after watching his mother struggle to communicate with her doctors. Israel's mother speaks Triqui, a language spoken in parts of the Mexican state of Oaxaca. Triqui is a tonal language, a pre-Columbian language. It’s about as related to Spanish as say English is to Mandarin. Israel himself is trilingual, speaking English, Spanish, and Triqui.

So, how did these indigenous language speakers come to live in California? That’s the story we explore this week on the podcast.  We also head 250 miles south of Salinas to Oxnard, California, where a new community radio station is broadcasting in some of these Native Mexican languages.

00:00 What are the sounds of Oxnard, California?

1:00 Radio Indigena started broadcasting over the internet a year-and-a-half-ago and it has taken off

3:00 Israel Jesus, 20, is a medical interpreter at Natividad Hospital. He speaks English, Spanish and Triqui 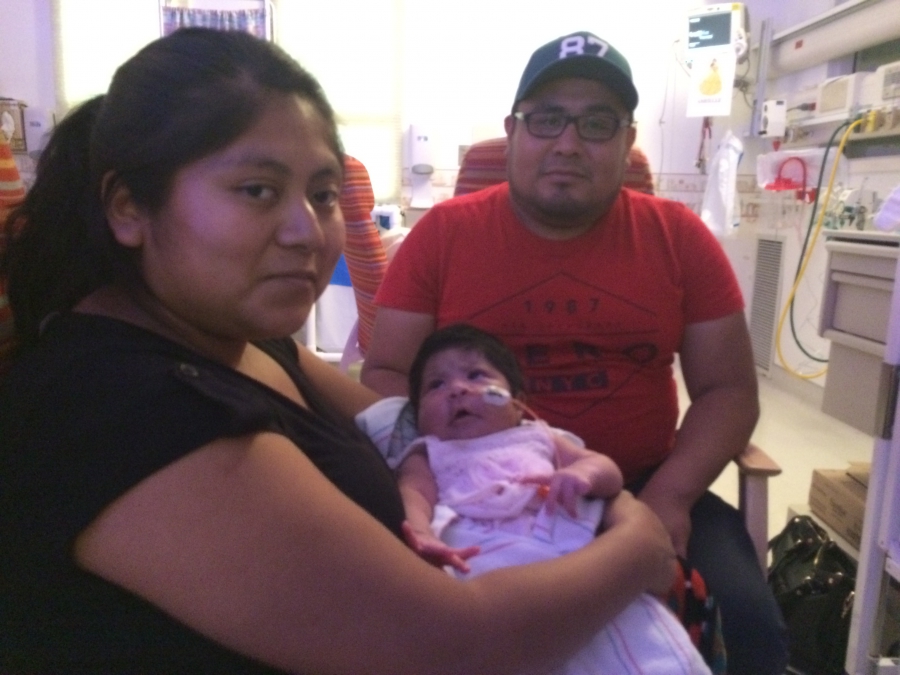 Israel interprets for this Triqui couple whose daughter is in the NICU.  "When we do get an interpreter I see[patients] relax, almost as if they have an ally in the room, somebody who will understand them on many levels," says Sebastian Marchevsky, a 3rd year resident at Natividad Hospital.

3:26 At the hospital in the NICU, Israel interprets in Triqui for two new parents and their infant daughter

4:13 Several years ago you’d never have found a Triqui interpreter at the hospital. In fact, you would’ve been lucky to find a Spanish interpreter

5:13 Linda Ford, CEO of the Natividad Foundation tried to find indigenous interpreters but couldn’t find a service providing interpreters for the languages spoken at the hospital.

5:40 What inspired Israel to become an interpreter

7:00 Victor Sosa came to Natividad Hospital 6-years ago to start an interpreting program in the hospital. He is a certified Spanish language medical and court interpreter

8:00 For 20 years Angelica Isidro, who speaks Spanish and another Mexican language Mixteco, had been making rounds in the hospital and the courts and the jails all over the Salinas Valley, informally interpreting for anyone in her community that needed help. 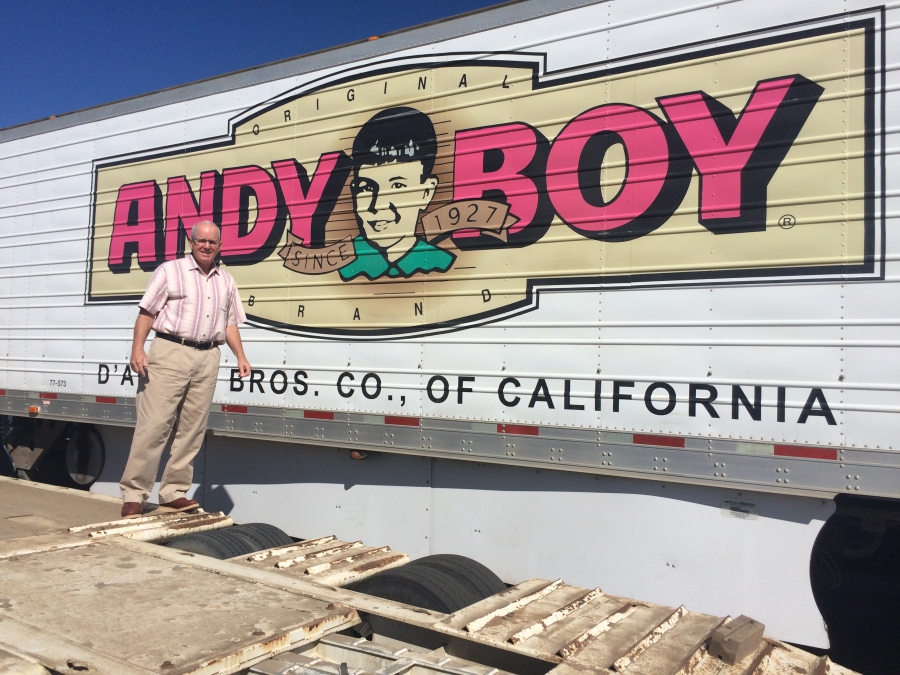 9:40 If you hate broccoli you have John D’Arrigo’s family to blame. His grandfather is credited with introducing broccoli to the US in the 1920s

10:50: “My days of growing up in the fields speaking strictly Spanish…to today is incredibly different,” says D’Arrigo, “...today you have all these indigenous tribes, the Oaxacans, these languages that nobody knows how to speak because they’re pre-Columbian, there’s no Latin root.”

13:44 Farmers around the valley gave Linda Ford and the Natividad Foundation the seed money to start an indigenous interpreting program at the hospital

14:24 Nearly 20 years after President Clinton signed NAFTA, it continues to be the subject of scrutiny

16:00 “The native people I know from southern Mexico have felt like since the time the NAFTA was signed it’s been less and less possible for them as corn growers,” says Seth Holmes author of the book Fresh Fruit, Broken Bodies, “…that it’s not possible to make a living anymore working on their own farms.”

17:10 Israel, the Triqui interpreter was 11-years-old when he came to the United States with his younger sister. In school he was bullied for being from Oaxaca and for speaking Triqui

19:19 Five years ago, Linda and Victor set up a paid internship program at the hospital to recruit and train indigenous interpreters.  They quickly realized that it wasn’t merely going to be about teaching interpreting protocols. Many of these languages didn’t have words for diseases, medical procedures, equipment

20:55 It’s going to take time to change medical culture to include interpretation as a necessary part of patient care

23:10 Israel ran into his high school bully at the hospital

25:16 Drive 250 miles south of Salinas and you’ll get to Oxnard, another agricultural hub of California and home to a brand new community radio station, Radio Indigena, broadcasting in Native Mexican languages. Currently the station broadcasts over the internet but soon you’ll find them on the radio dial at 94.1 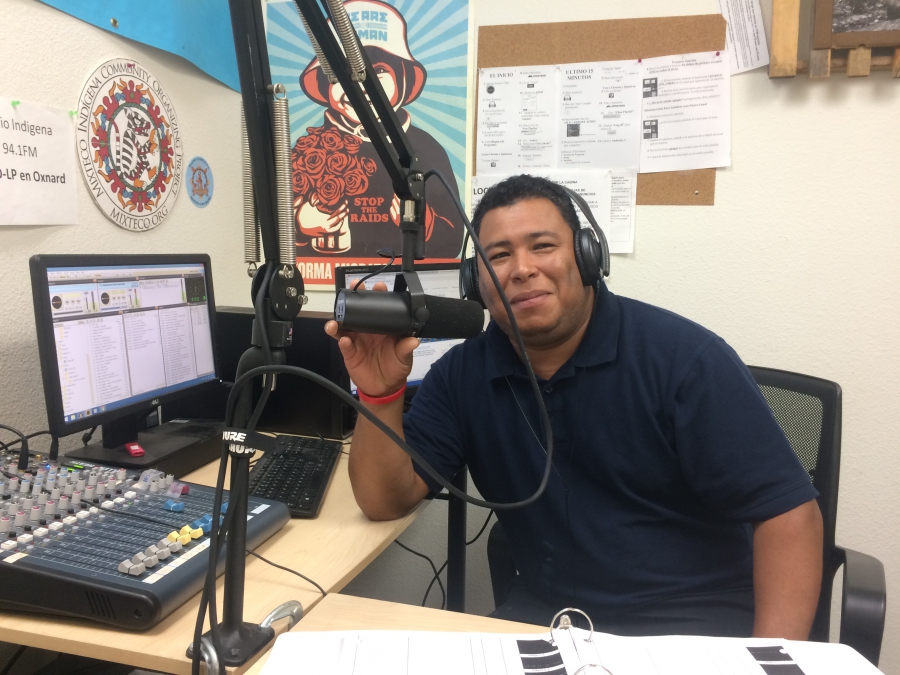