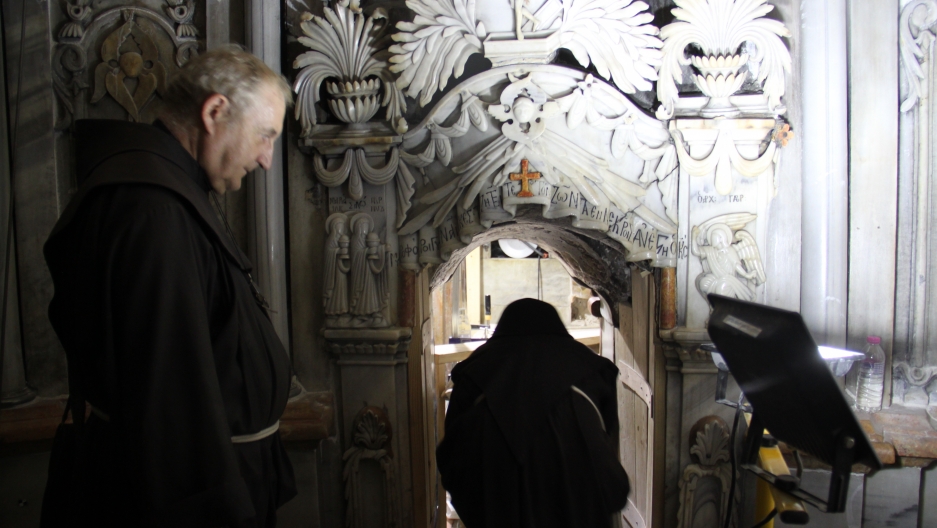 This is the entrance to the room where the tomb of Jesus is located.

A restoration team has exposed hidden layers of the site known as Jesus’ tomb — for the first time in centuries.

The Church of the Holy Sepulchre in Jerusalem marks the spot where tradition says Jesus was crucified, buried and resurrected.

At the center of the church is a structure called the Edicule. Inside is a tiny room that the faithful believe houses the cave where Jesus was entombed.

For centuries, the room of the tomb has been covered in marble. Last week, experts removed some of the marble to see what’s underneath. A diverse cast of characters gathered to see what would be found.

“There was this wild group of priests and construction workers and police,” said writer Kristin Romey of National Geographic, which is documenting the restoration. “Everyone just had this incredible sense of anticipation.”

National Geographic archaeologist Fredrik Hiebert took me inside to see what was exposed.

At the same time, clergymen approached the shrine and shook incense; most of the daily church rituals continued as usual while the restoration work went on. 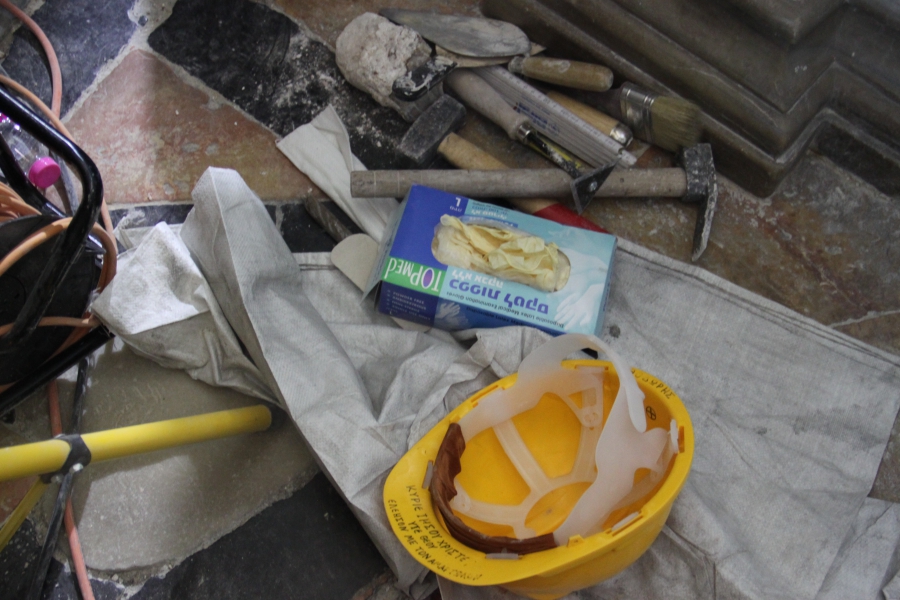 Here are the signs of restoration work at the Church of the Holy Sepulchre.

Tiptoeing past a pile of work tools, latex gloves and a yellow hard hat, we peered into the shrine’s innermost room, covered wall-to-wall in marble.

A large, creamy marble slab — which Hiebert said was likely from the year 1555 — had been slid partially open, like the lid of a sarcophagus.

“They pulled the marble off to see what was underneath,” Hiebert said. “Underneath that was a whole bunch of debris. Now they’ve cleaned off the debris, moments ago.”

With the debris removed, they found something unexpected: another marble slab, tinted gray and thought to date to the 12th century.

“It’s partially broken off, so you can see other debris underneath. But I don’t believe that is the original rock,” Hiebert said, of a whitish material seen underneath the grey slab. “We still have more to go.” 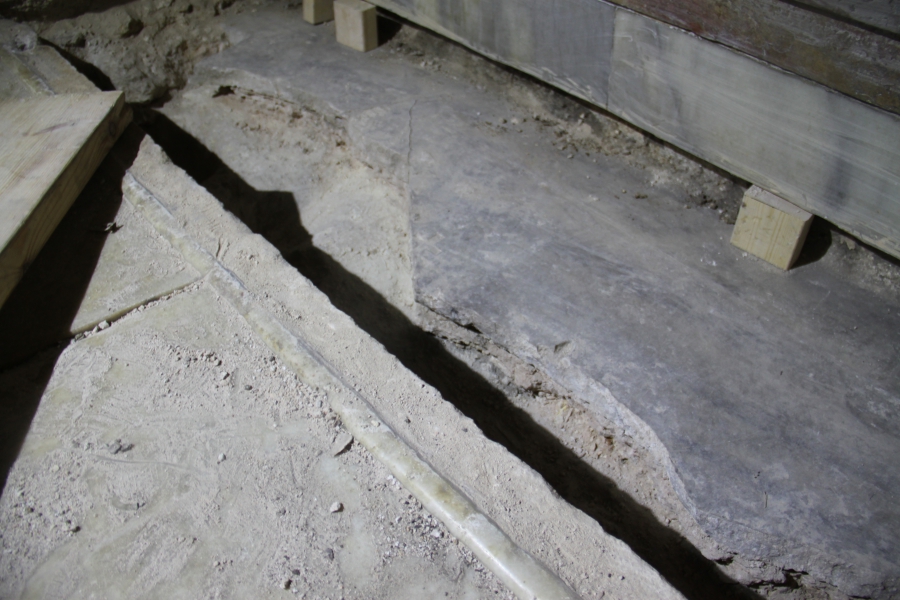 The marble lid (on the left) was pulled off, revealing a partly broken gray slab of marble. Under that is the debris-covered limestone layer where Jesus; body was said to have been placed after he was crucified.

The restoration team has cut a hole into one of the marble encasings, so for the first time, pilgrims will be able to see the limestone wall of what’s revered as Jesus’ tomb.

“Over there to the left is the window we opened to the marble slab,” said Antonia Moropoulou, who oversees the Greek experts conducting the restoration work. “The holy rock is visible.”

She and the work crew were overcome with emotion during this stage of the restoration work, Moropoulou said.

“Of course everybody could feel the energy in this place, an energy coming from the holy rock, from the tomb of Christ, and an energy from the prayers and the hope that it is inspiring in the world around it,” she said. 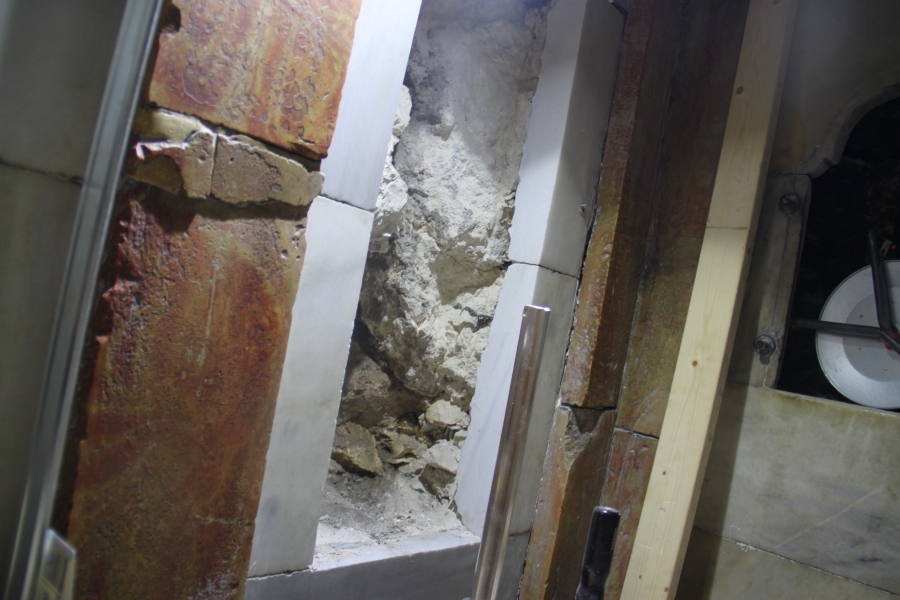 The restoration team cut a hole into one of the marble encasings so for the first time, pilgrims will see the limestone wall of what’s revered as Jesus’ tomb.

The restoration project seeks to stabilize the old Edicule shrine, which is at risk of collapse.

It’s a miracle the restoration is taking place at all.

Six Christian denominations share custody of this holiest of Christian spots. There are turf battles and it’s nearly impossible to reach a consensus on renovations.

Israeli police briefly closed the building last year, because it was deemed unsafe. That is what got the Christian communities at the church to jointly approve the restoration.

They granted the restoration experts only 60 hours to work in the inner sanctum of Jesus’ tomb, Hiebert said — so the tomb could go back to being a place of prayer.