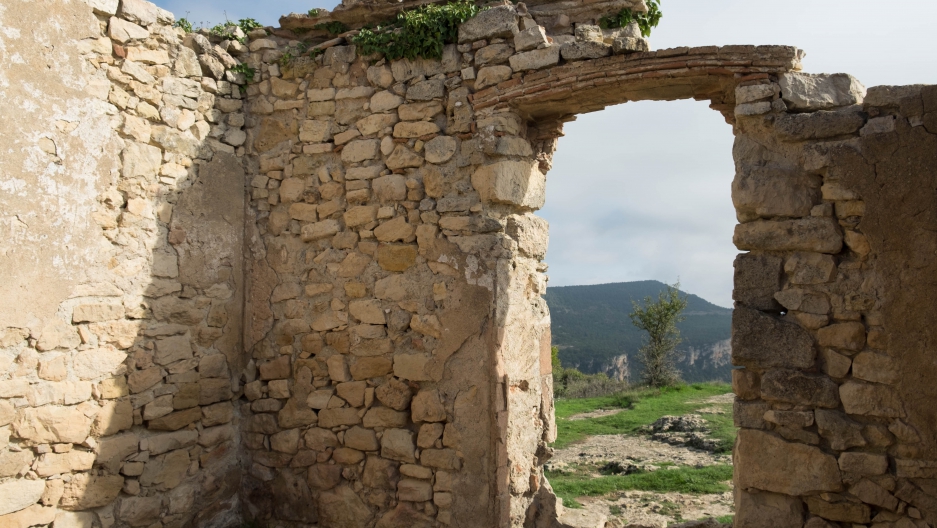 This is a view looking out from inside one of the few crumbling buildings still standing in the vacant Catalan town, La Mussara.

Halloween in Spain isn’t like Halloween in the US. There’s a lot less candy and excitement. And maybe because I hadn’t eaten a pumpkin Reese’s Cup all month or feared missing out on some sort of hip, hidden Halloween thing in Barcelona, I started looking into what people do on Oct. 31 and the local lore.

That’s how I learned about La Mussara, a deserted village up in the Prades Mountains of Catalonia.

My go-to city guide describes how it was “abandoned under strange circumstances in 1959.” My go-to newspaper calls it “the ghost town where people disappear.” There was just enough urban legend on the internet to intrigue me and make me think there was likely a lot more history to the place. So, I requested the few existing books about La Mussara from the library. I also tracked down someone who’d not only visited La Mussara, but had been artistically inspired by the trip: musician Carles Ribot.

Ribot went to La Mussara with a friend a few years ago, having heard that the views were out of this world — and that by jumping over a certain rock into a hidden portal, he could be, too.

“They say you appear in the United States,” he said. “I don’t remember where exactly, but it’s on the internet.”

He and his friend made the mistake, he said, of driving to La Mussara at night, in the fog.

“We thought we weren’t going to make it,” he said, laughing. “I thought, here we’re going to die or something." 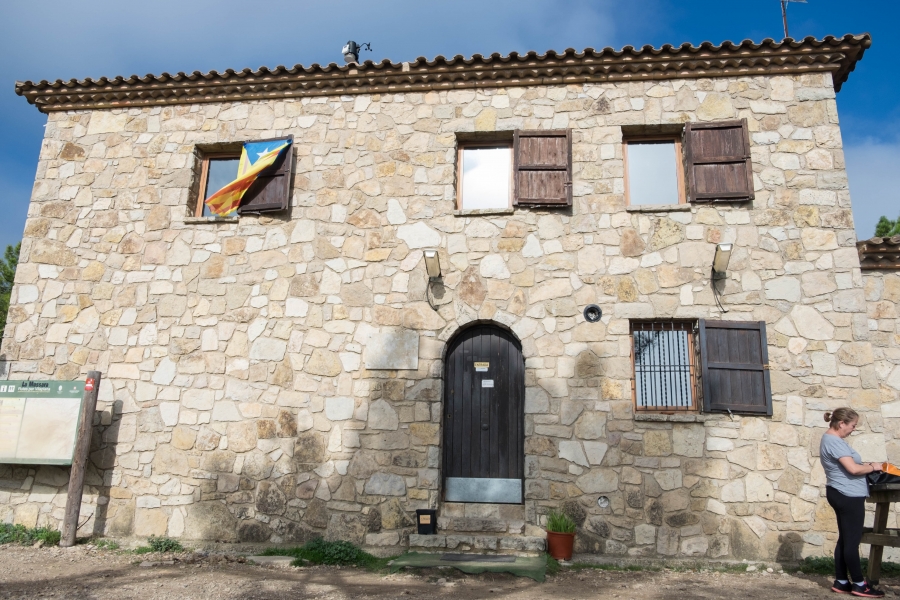 Refugi La Mussara is an inn built in 1989 for visitors to the otherwise empty village.

But they made it. They settled into the only place to stay for miles, Refugi La Mussara. It’s kind of a bunkhouse for the climbers, hikers and supernatural seekers who pass through. Everything was fine, he said, until they went to bed, a little past midnight. That’s when they started to hear sounds like horses' neighs.

He got up and dressed to see if there was anything outside, but there was nothing. The noises stopped, and he went back to bed, unnerved from not knowing what was going on.

The next day, Ribot saw the brighter side of La Mussara. He was so amazed by the scenery that he ended up writing a folk-rock album about the paranoia and thrill of being there.

As entertaining as all the myth and mystery — and even music — surrounding La Mussara are, I found it just as fun to find out some of the history. In brief, archaeologists have had a field day around there, digging up signs of prehistoric settlements and determining that La Mussara has Arab, not Roman, roots.

It’s had a church since the 12th century and had been a town since the 15th — well, really more of a hamlet. In 1857, there were 323 people living there; in 1910, 228; and in 1955, only 36. In just a few years, they’d all be gone, but with reason. It turned out growing food on the mountain was hard, and Catalonia’s industrial revolution had drawn people into the cities.

When a Spanish reporter visited in 1958, La Mussara seemed to have been evacuated: students’ books on desks, packing boxes in the church and the doors of houses open, but nobody home. After seeing the cemetery, he concluded, the dead were truly alone.

I had to see it for myself. So, I called the abandoned town’s inn and made a reservation. But I definitely wasn’t going alone. I asked my friend Pol Fontboté Pradilla to take a day off from his doctoral thesis and drive me to La Mussara. 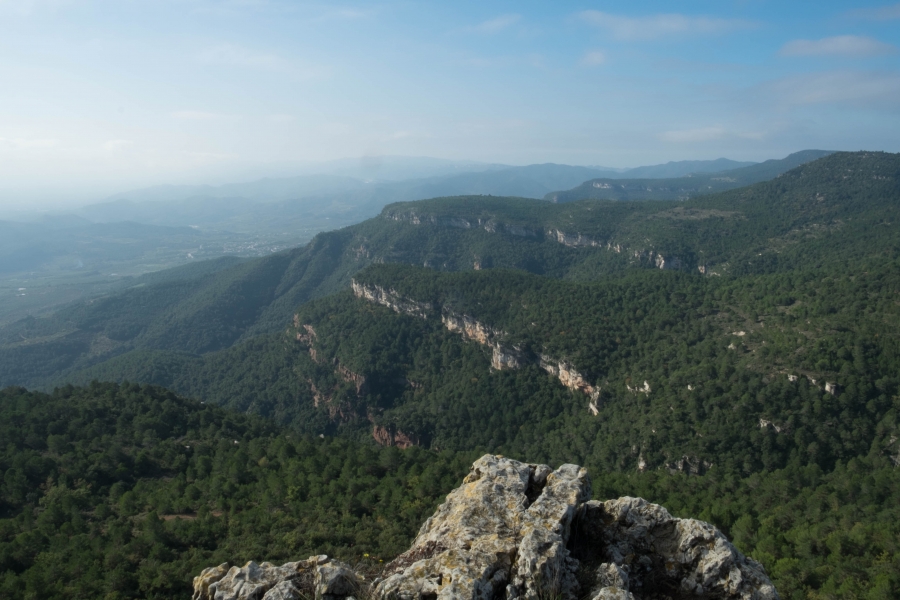 La Mussara sits on the edge of a cliff in the Prades mountains of Catalonia, overlooking the plains below and the Mediterranean Sea.

He agreed, and after a crazy but breathtaking drive up a narrow mountain road, we reached Refugi La Mussara, where we were greeted by one of the innkeepers, Miquel Cardona. I kept thinking about those creepy sounds Ribot heard, and I asked Cardona if that sort of spooky experience is common.

“There’s a lot of people who’ve come to the inn and said that they’ve heard sounds or have seen shadows,” Cardona said, “and each one has their story.”

But Cardona said for all the tales he’s been told, he and the other employees haven’t encountered anything unearthly.

“But of course,” he added, “who am I to doubt someone who tells me they’ve seen something, you know?" 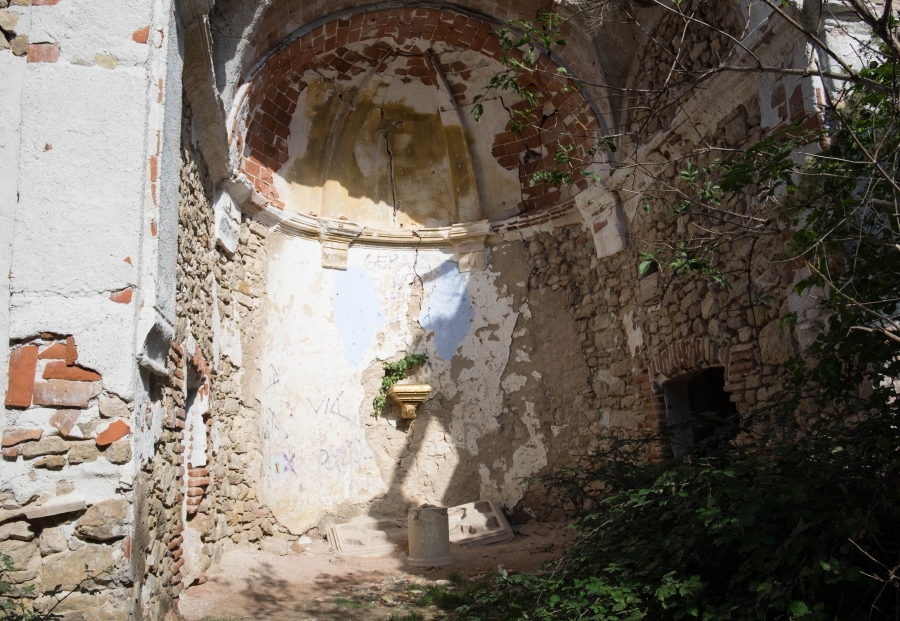 La Mussara’s centuries-old church, where the town’s residents worshipped through the 1950s, is now overgrown, without a roof, and covered in graffiti.

It was dusk by the time my friend and I started exploring the ruins of the old town. There was no fog that night, which we were a little disappointed about. Still, there was plenty of atmosphere: mountains all around, the plains below, the Mediterranean in the distance.

Walking around, even on a clear, starry night, we couldn’t tell where the streets I had seen on maps used to be. Everything was overgrown, and all the houses had fallen down. In the dead silence, we jumped when we heard a fast-approaching car and exhaled when we saw it was just other tourists. 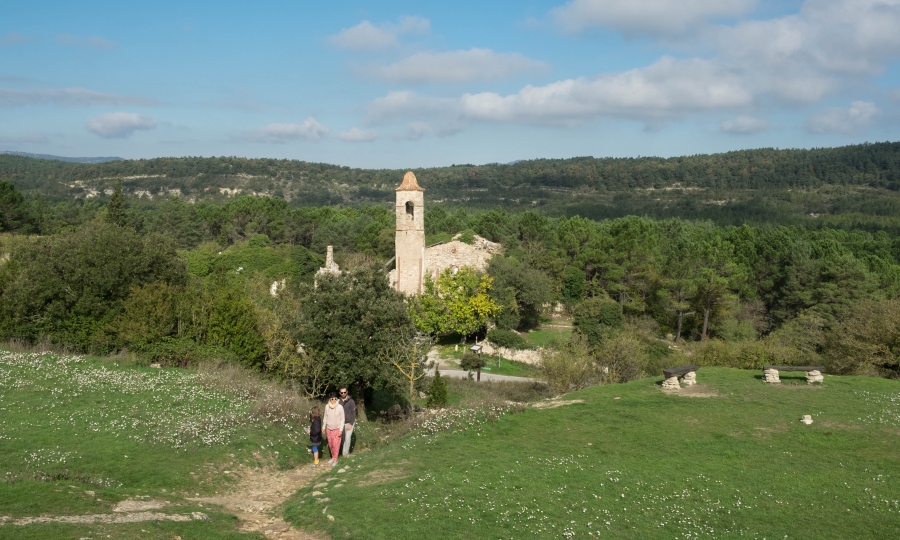 On clear days, day-trippers visit the uninhabited town to take in the landscape and check out the ruins.

All in all, though, this rubble of a town is more serene than scary, even after dark. Back at the inn, we and the other guests, thankfully, had a quiet, uneventful night. The next morning, Pradilla and I went back to get a better look at La Mussara, which by day, is plainly bucolic.

There were kids playing around the pond, a couple exploring the site, and a group of men taking a stroll. As we got ready to go, the innkeeper tells me that a decidedly different crowd tends to take over the town on Halloween. Electronic voice phenomenon enthusiasts come with their recorders, groups perform rituals, and in the thick of it all, they end up frightening one another.

“It’s true that it’s strange to come that day at night,” he said. “The environment is something between magical and scary.”

I couldn’t believe I would miss the one time a year the town lives up to its ghostly reputation. But I was glad to have trekked up there to see it for myself, to have learned a little history — and of course, to have not fallen down any hidden portal.