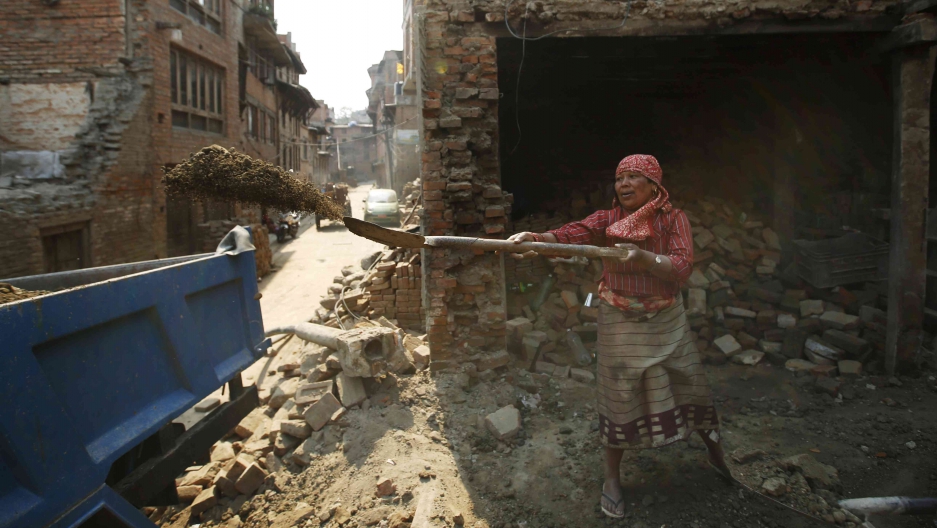 After months of organizing, the Nepali community celebrated a victory this week when the Department of Homeland Security extended a program that allows thousands of immigrants who fled the devastation of last year’s earthquake to continue to work and live legally in the United States.

The news that that Homeland Security Secretary Jeh Johnson extended Temporary Protected Status for eligible Nepali immigrants for an additional 18 months came as a relief for Rajesh Shrestha, one of thousands of Nepali immigrants who came to the US after a magnitude 7.8 earthquake hit Nepal in April 2015. The quake and its numerous aftershocks killed at least 8,000 people, including Shrestha’s mother. Millions were left homeless.

The temporary status had been set to expire at the end of the year, but now will go through June 24, 2018.

“I was getting scared. Now luckily, I can continue in my job and I can support my family,” Shrestha told PRI.

Adhikaar, a Nepali community organization based in New York, was part of a broad coalition of Nepali organizations that lobbied for the extension. Narbada Chhetri, the director of organizing and advocacy, says two US Representatives from New York, Grace Meng and Joseph Crowley, played a key role.

Portraits from Nepal: Survivors struggle to rebuild a year after the deadly quake

The designation is also good news for Nepal, as the money sent home by the Nepali diaspora has played a pivotal part in the nation's rebuilding process. As noted by Quartz, in 2014, 2.2 million Nepali immigrants living abroad sent money home, amounting to 25 percent of the country’s GDP.

"We now have more time to take care of each other and continue supporting the recovery efforts in Nepal,” says Luna Ranjit, the co-founder of Adhikaar.

Rajesh Shrestha, who works in the US under Temporary Protective Status, stands in front of his home in Nepal in March, 2016. A year after a devastating earthquake, recovery is slow in much of the country.

Shrestha, who works at a Japanese restaurant in Brooklyn, sends money home every month to support his family, including his nieces, who are 9 and 12. The money he sends helps cover the cost of school supplies and transportation. The youngest, who is in third grade, wants to be a doctor, while the eldest, a sixth grader, hopes to be a teacher.

Shrestha says he had stop his own education at a young age to work, but he hopes he can help his help his nieces complete theirs.

“I want to keep contributing to their studies, let them get a good education, that’s the main thing,” he says.