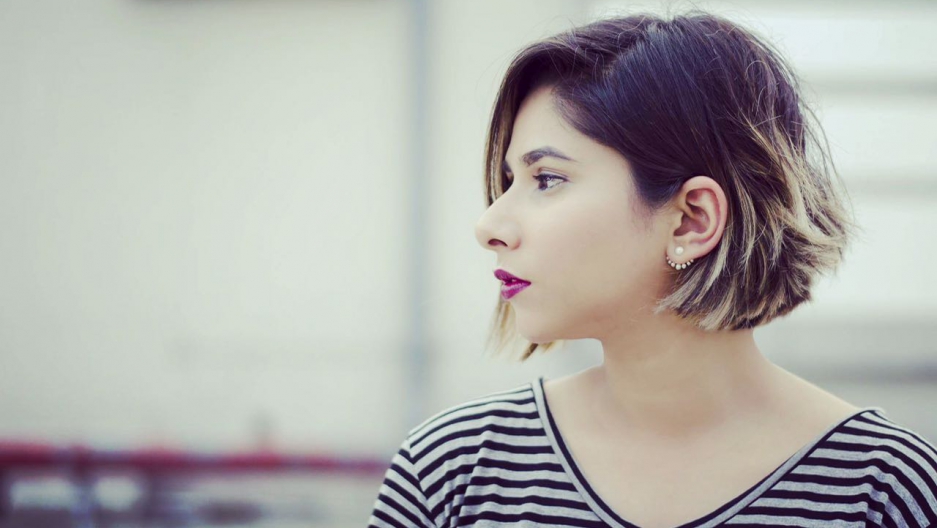 Singer-songwriter Rutaba Yaqub is from Saudi Arabia, but she lives in Pakistan where she can pursue her music career.

For musician Rutaba Yaqub, Pakistan is where she feels free.

It’s not a country known for gender equality, but for Yaqub, it's where she’s been able to pursue her dream to be a recording artist.

She moved from her home in Saudi Arabia to Pakistan six years ago to study computer engineering. For Yaqub, it meant freedom from Saudi Arabia’s stricter Islamic laws.

And it’s in Lahore where she started singing — in public — at her university.

At just age 19, Yaqub was discovered by music producer and mentor Xulfi  — imagine Simon Cowell, except nicer. She started as a backing vocalist for Xulfi’s television music series, "Nescafé Basement."

Then she started recording her own music.

“I knew that I could sing, but I never thought I’d be taking it forward as a career because I’ve come from a very conservative place. It’s been frowned upon, being in showbiz,” Yaqub explains.

Working on one of the country’s most popular TV shows got her exposure.

And doing a cover from her favorite band helped her move from backup singer to headliner.

Her stunning version of Coldplay’s hit, “The Scientist,” has been streamed tens of thousands of times.

“I really, really admire Coldplay. It’s one of my most favorite bands," says Yaqub. "They really inspire me because, if you listen to their very first album, it’s original. It’s all them. You can feel that there is nothing in there that’s composed to please people so much, and that’s the reason I like it so much.”

But Yaqub says she is done with covers. She’s writing her own music. Her new EP is called "Échapper" — the French word for "escape."

She says the inspiration came from her desire to escape when her family put pressure on her to move back to Saudi Arabia after she finished her degree in computer engineering.

She was desperate to stay in Pakistan.

She was able to convince her parents to let her stay in Pakistan and pursue music.

She spends her days working for a Pakistani music streaming site. The rest of her time is spent writing and recording music in her cozy apartment above a pizza place.

But split between Saudi Arabia and Pakistan, Yaqub says that she feels like she has two lives.

She is quick to add that her parents are supportive. And that her dad approves and encourages her.

And, at least for now, Pakistan is where she’s happy.