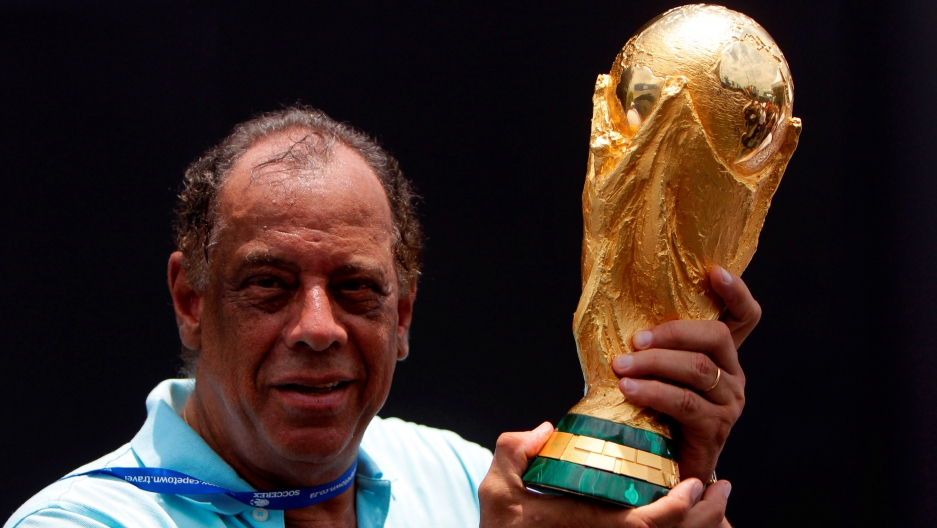 Brazil has so much to worry about these days. An economy in recession, a political system in shambles, rampant corruption and a general sense of malaise — to name just a few of the country’s headaches.

And on top of all that, Brazilians are now coping with the loss of one of their greatest soccer heroes. (No, it’s not Pelé, he’s still around. And besides, you know there’s more to Brazilian soccer than Pelé, right?!)

I’m talking about Carlos Alberto Torres, who died this week of a heart attack at the age of 72.

You may not remember him, but Brazilians and die-hard soccer aficionados certainly do.

Carlos Alberto was the captain of Brazil’s 1970 World Cup-winning national squad — still considered one the best soccer teams of all time. The roster included Pelé, Rivelino, Jairzinho and many other attack-minded superstars. But it was Carlos Alberto, a humble defender, who led that team both on and off the pitch.

“Carlos Alberto is a reference to the beautiful game, and he’s also a reference to leadership,” says Mauricio Savarese, Rio correspondent for the Associated Press. “When people talk about Brazilian football and what made Brazilian football become a global brand, they think of the 1970 World Cup-winning team. And Carlos Alberto was one of the most important players on that team.”

In other words, Carlos Alberto helped create that trademark Brazilian “jogo bonito" — the “beautiful game” soccer fans have been “ooohing and aaahing” about for decades now.

Carlos Alberto was elected captain by his 1970 teammates because he was like a second coach, guiding the squad directly from the field. He was also known for his smart halftime observations and for changing the way defenders play the game. In short: more attacking, less obsessive defending.

Savarese points out that Carlos Alberto was one of the first to go “box-to-box,” something defenders now are expected to do. It means the defender constantly switches between defense and offense, sprinting back and forth from one penalty box to the other.

That’s not how most defenders did it back in 1970. But it’s how Carlos Alberto ended up scoring the greatest goal of his career — the last one in the 1970 World Cup final, when Brazil beat Italy 4-1.

Carlos Alberto was often asked about that goal, which earned him a special prize in 2006 from FIFA, soccer’s global governing body.

“I remember everything about that goal,” he once said. “We knew before the game it could happen because we knew how the Italian team played.”

Other players did the dribbling, the fakes, the fancy passes. But it was Carlos Alberto who realized where it was all going and provided the thunderous finish.

Savarese described how Carlos Alberto figured out that, if his teammates managed to drag the Italians to one side of the field, there would be a gap on the other.

“He said that when he saw [teammate] Clodoaldo dribbling through the Italian midfield and passing [the ball] to the left, and the Italian defense moving to the left … he had already started sprinting up the field,” the Brazilian AP journalist says.

As expected, the gap opened. And as Pelé received the penultimate pass in that sequence, he could sense his captain surging into the breach on the right. He served up a perfectly weighted pass, and Carlos Alberto pounced on it.

And with that, he gave the world a master class on how jogo bonito becomes lethal.

Carlos Alberto also showed Brazil that it’s not just about winning — you have to do it in style, too. That’s something Brazilians have been arguing over for decades now, as every new generation of soccer stars seems to fall short of the greats from that 1970 team.

Pelé credits his captain’s leadership as being a key factor in that 1970 triumph. The two played together for Brazil, but also for soccer clubs like Santos in Brazil and the New York Cosmos here in the United States.

But most important, Pelé considered Carlos Alberto one of his closest friends. And this week he was devastated by his passing.

“He was important on the pitch, and important off the pitch as well,” said Savarese about Carlos Alberto. “He leaves a big void that is unlikely to be filled anytime soon.”

Or, as the Brazilian soccer federation tweeted, “Goodbye, eternal captain.”