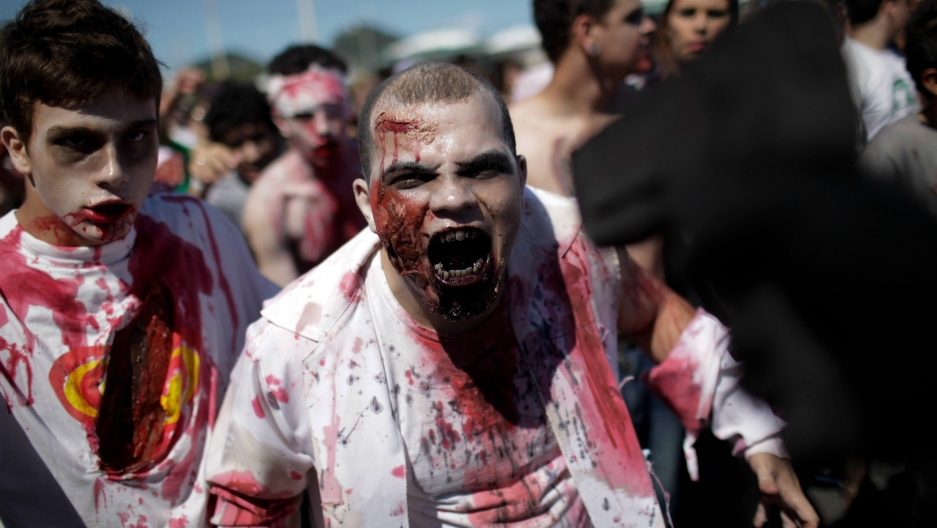 To make a convincing zombie, it's all in the pacing. George Romero invented the modern zombie with his 1968 film "Night of the Living Dead,"and he still likes them old-fashioned --- slow-moving but hard to stop. "I don't know if you're aware of the rift in the zombie community," says Ruben Fleischer, director "Zombieland." He's all for speeding up the undead. Produced by Jonathan Mitchell.