Steffen Kverneland stands in front of a large mural in the Tøyen neighborhood of a Oslo created from the cover of his graphic biography of Edvard Munch. The mural was created by Knverneland and another Norwegian, Monica Tollnes.

Most people can name just one work by Norway's most famous artist, Edvard Munch. It's "The Scream," of course, which is actually a series — four versions of a single composition. The paintings famously express raw emotion. It's pretty clear that emotion is unfiltered, gut-wrenching fear. 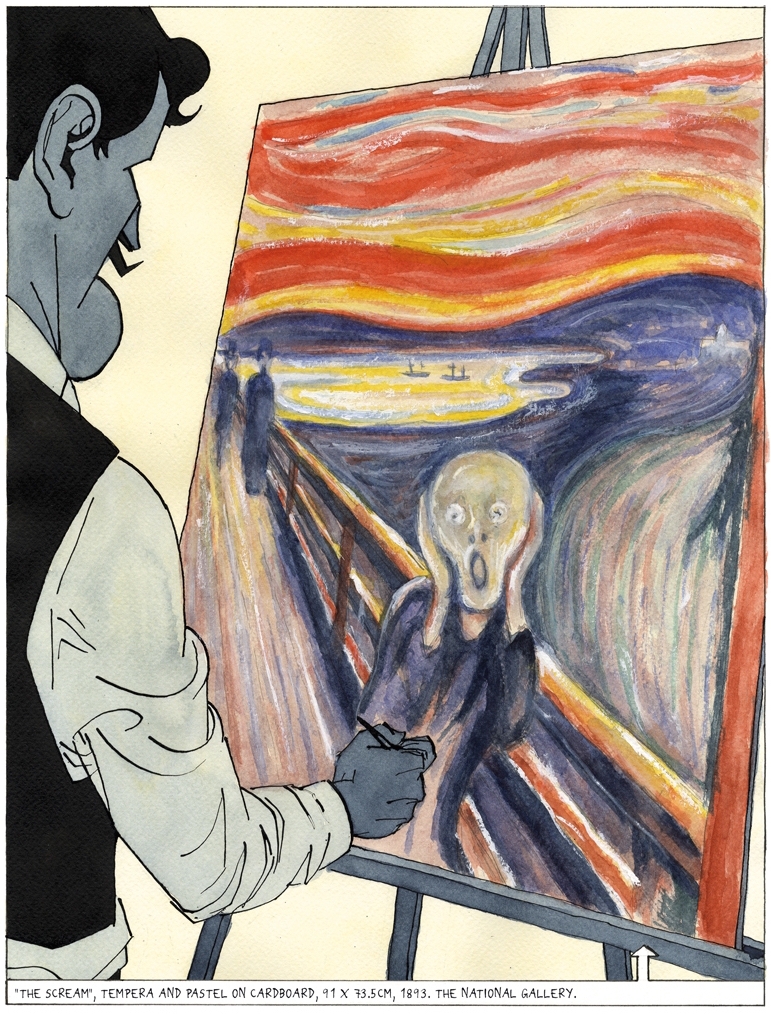 But there's much more to Edvard Munch than that.

Norwegian Steffen Kverneland is interested in all things Munch. The 53-year-old illustrator and comics writer was introduced to the artist as a kid. "I was pretty good at drawing," he says, and Munch tapped into something deep. "It's kind of a lifelong obsession really. ... He started to grow on me and over the years he just stayed with me."

Kverneland's paean to the painter is a graphic biography, seven years in the making, called "Munch." He tells the artist's story using only quotes from Munch's own letters and those from his friends. Kverneland himself makes several appearances in the graphic biography, usually with an anecdote or explanation of his approach to the book. 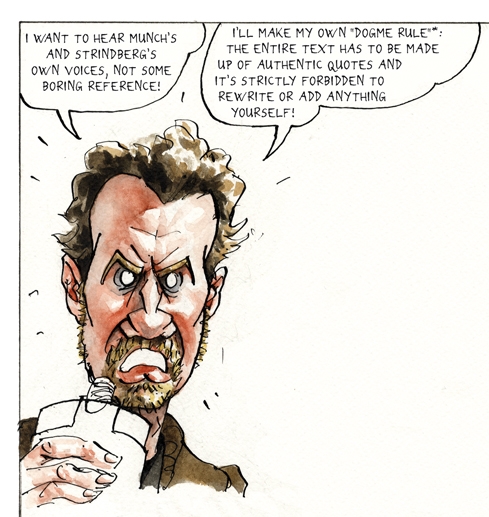 Kverneland hopes his book will challenge some of the lore that Norway peddles about Munch. "He's been very romanticized, like he existed in a vacuum and he was this haunted genius who never made any bucks and just was devoted to this art. But actually he was quite an entrepreneur and plotted and schemed for his career to make money and stuff like that. I'm not saying he was commercial. He was quite uncompromising. But he always had a general plan." 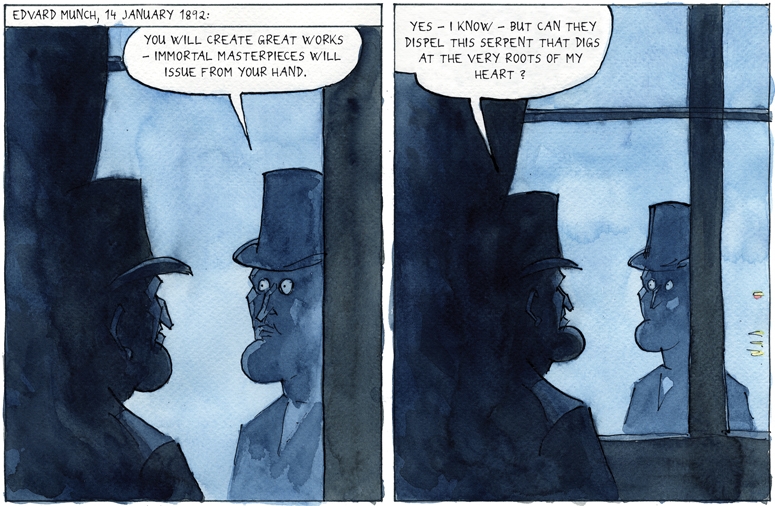 Munch had a real knack for publicity. In 1892, when he was not even 30, he was invited to show his work in Berlin, a city where artists were then steeped in realism.

The response to his very emotional works was eye-popping outrage. The exhibit was taken down within a few weeks.

Kverneland says Munch was thrilled. "When they took down the exhibition [Munch] said, 'That's the best thing that could ever happen. That's the best publicity you could get. Now I'm famous in Berlin.' And he was right." 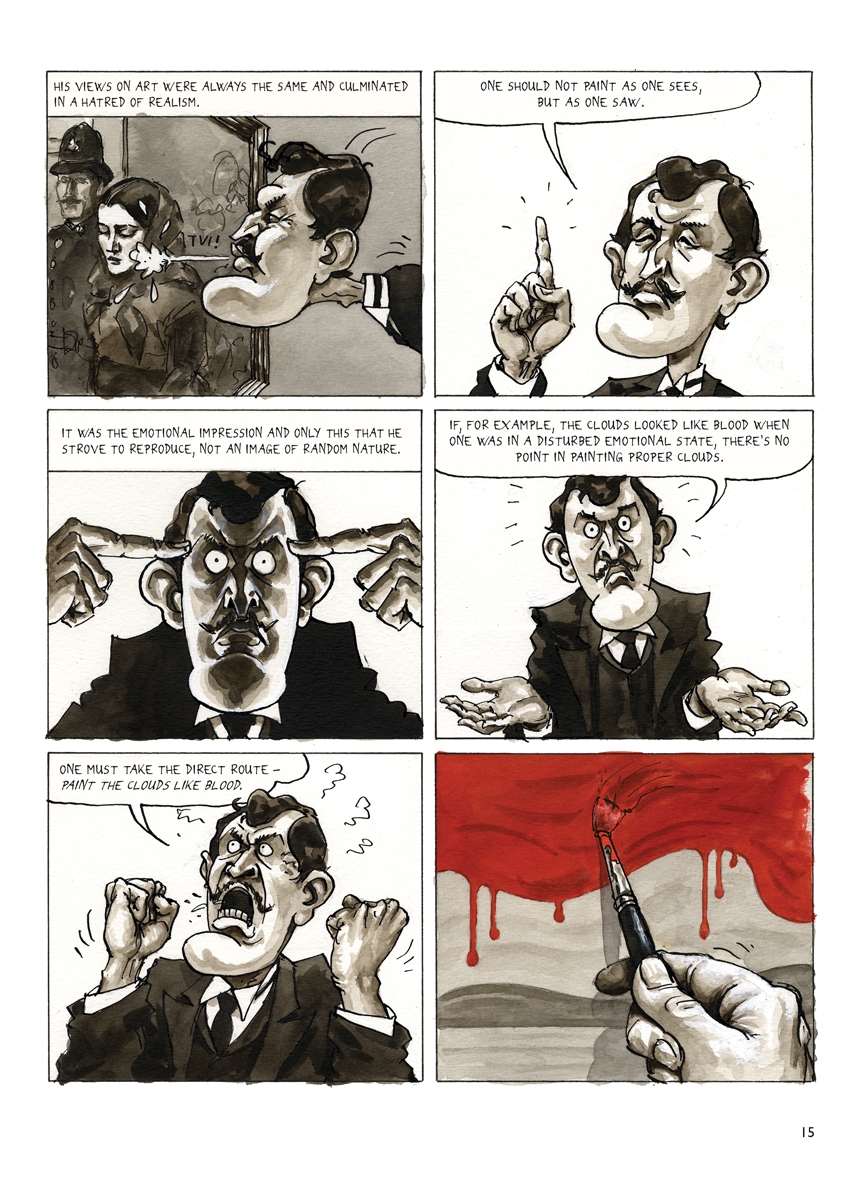 Munch always said: "I don't paint what I see but what I saw." Kverneland says Munch really meant that. "It means that he's painting his memories so it's very autobiographical. That's why it's so convenient to use his works in this comic biography because they're actually scenes from his life. Edvard Munch said, 'My paintings are my diaries.'"

Kverneland says Munch's artistic style evolved over his lifetime (1863 - 1944). "He started out as an impressionist, a realist painter, really. He went to Paris and got influenced there. But later on he started to get more and more radical under the influence of Van Gogh and Gauguin. He started to develop on his own a quite unique style that was really important for the German expressionists. So he became sort of their leading star and later he started to like their work as well. I guess he's considered the first true expressionist." 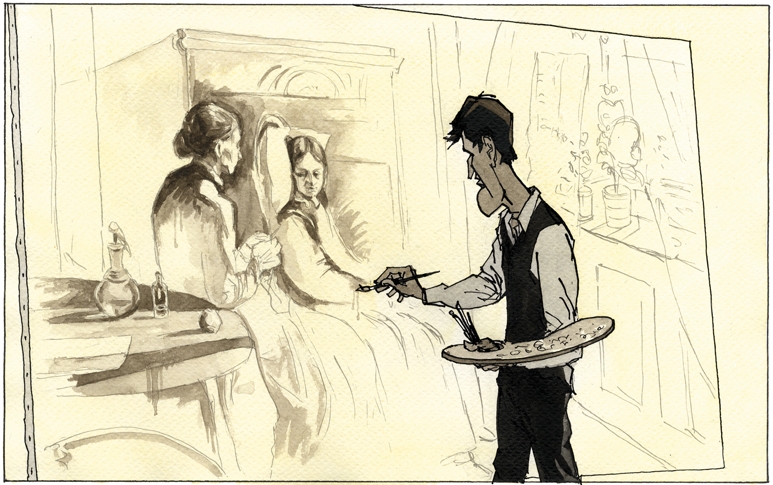 But Kverneland says Munch was also funny. "There's no doubt about it, but that's been subdued in Norway because it doesn't fit with his gloominess and his angst. He sent postcards to a lot of his friends with a photograph and he drew cartoons of himself and he'd tell lots of jokes and funny stuff. Sometimes the humor was quite dark but other times it was him and his dogs and stuff like that." 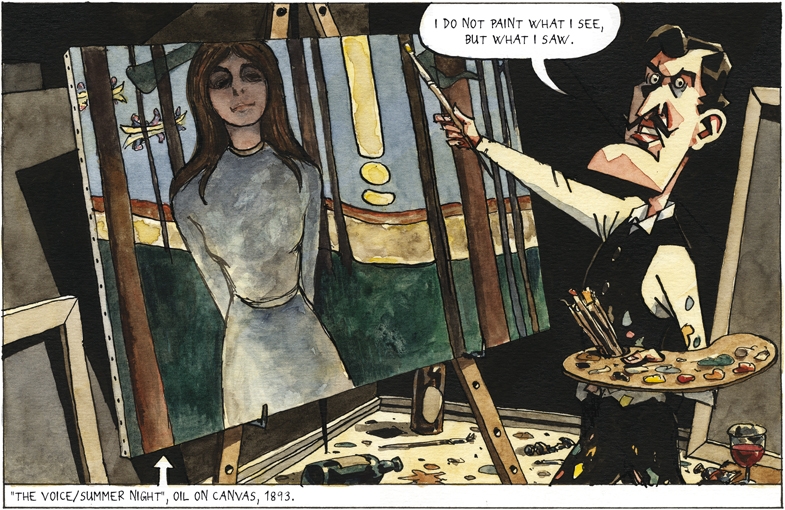 And Kverneland says contrary to popular myth, Munch did not toil in obscurity. "He was actually regarded as the genius of his generation from a very early age. But of course he didn't become rich until his forties or fifties but that's quite normal for an artist, actually."

Norway is proud of Munch. "Very proud," says Kverneland. "Everybody wants a piece of him. He's huge in Norway, actually."

He's on bank notes and "The Scream" is on a stamp. "The strange thing," Kverneland says, "is that there are no streets named after him. Not one, not a single one! That's weird." 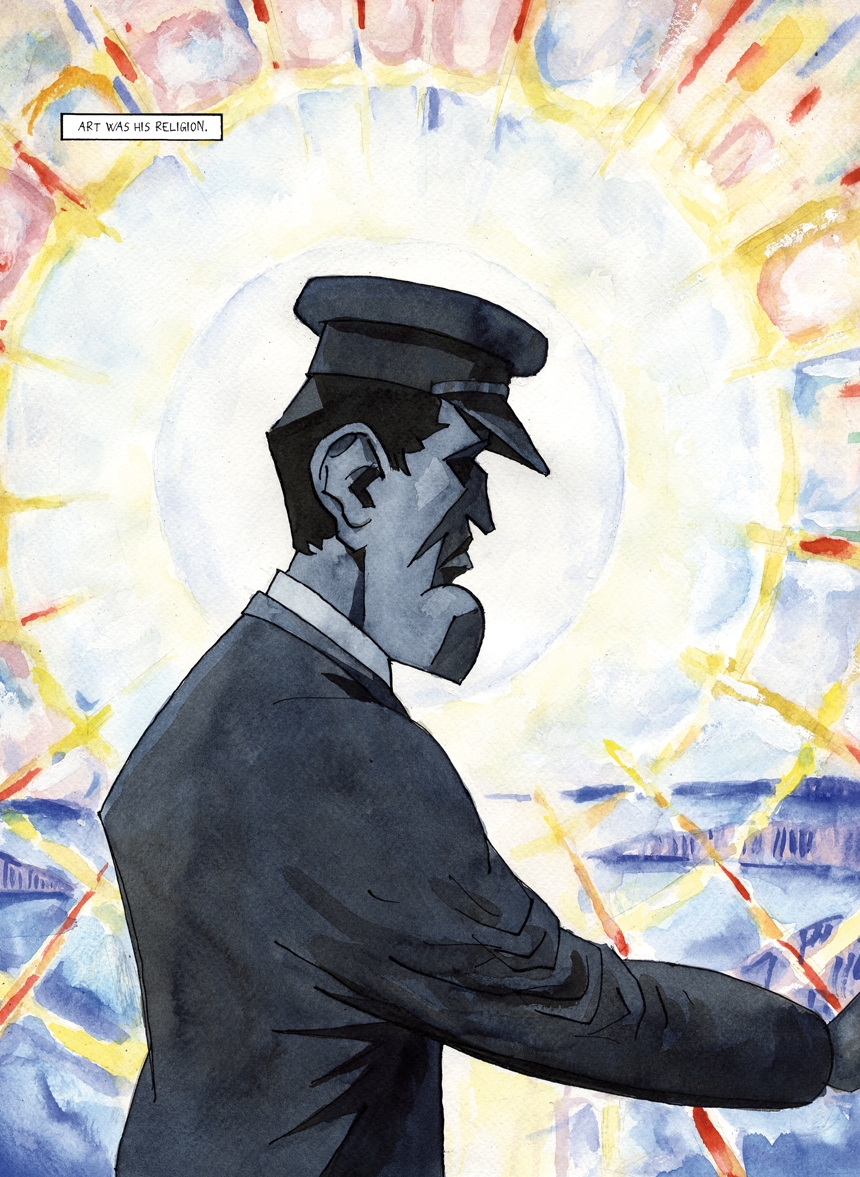