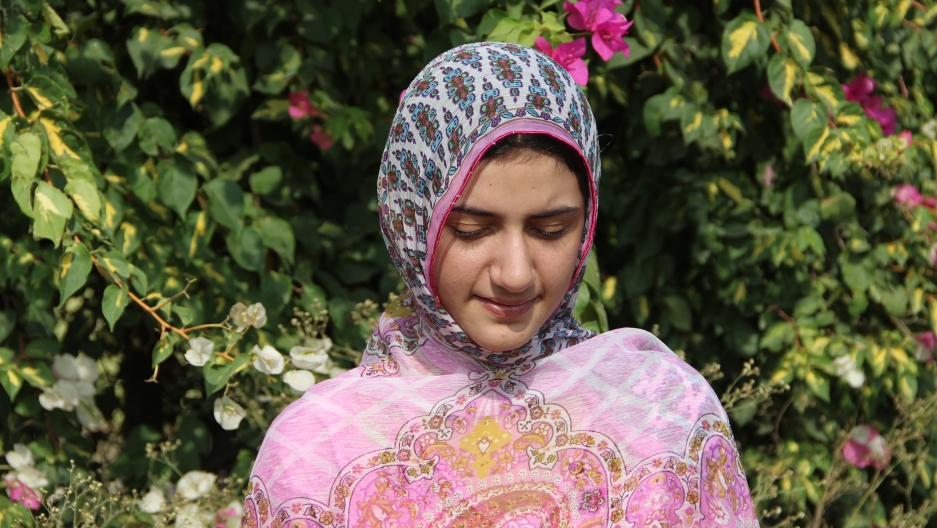 Nabila ur Rehman, 12, who witnessed her grandmother being killed in a drone strike in 2012 in North Waziristan, is pictured in a park in Islamabad, Pakistan in October 2016.

At 12 years old, Nabila ur Rehman has become the keeper of her grandmother’s story.

Four years ago, Nabila was tending animals in the yard near her home in North Waziristan, close to the Afghan border — and on the frontlines of the remote US war against Islamic militants. Her grandmother, Momina Bibi, was picking okra nearby. Nabila heard a drone flying overhead. A US drone.

“All of a sudden I heard two shots,” Nabila recalled. “And then I saw my grandmother in pieces.”

As the smoke cleared, Nabila realized her hand was bleeding. A relative bandaged it and took her to the hospital with several of her siblings and cousins. “That was the moment we realized that we have been hit by a drone, and all these kids were hurt in the strike,” Nabila said.

To speak with Across Women’s Lives, Nabila has travelled with her father to Islamabad. Her home region is considered too dangerous for most journalists to travel to. As she talks, she sits on the ground in a park, picking blades of grass and avoiding eye contact.

“I felt a lot of hate and anger towards the United States,” she said. “I started asking myself, why are they shooting women and children?”

Nabila is quiet, but well-spoken for a 12-year-old.

Drone strikes are widely unpopular in Pakistan — even though its aim is to root out extremists who kill many civilians. Only one in five Pakistanis think they’re necessary to defend the country from extremists, according to a 2014 Pew survey.

US drone strikes in Pakistan have slowed down significantly since their peak in 2012, when Nabila’s grandmother was killed. The US is now supporting a Pakistani military offensive to root out extremists in the country’s tribal areas on the ground. But in other countries, including Yemen, Libya and Somalia, drone strikes are still an integral part of US defense strategy. The US is now using a Tunisian air base to conduct drone operations against Islamic State in Libya, according to a Reuters report.

Rafiq ur Rehman, Nabila’s father, says nine children were injured in the 2012 attack that killed his mother, all members of his extended family. 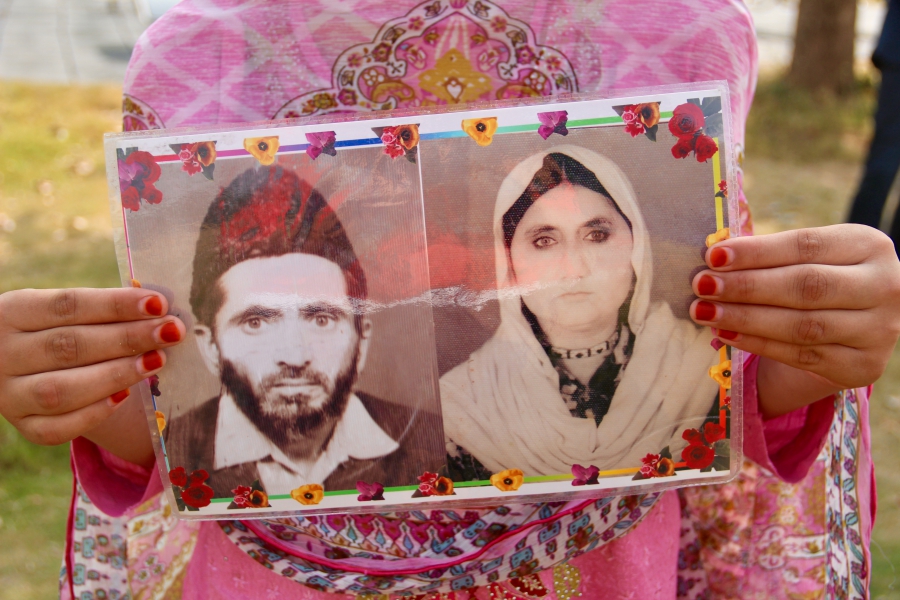 Nabila ur Rehman holds a photo of her grandfather and her grandmother, who wee killed in a 2012 drone strike in North Waziristan.

According to ur Rehman, the Pakistani government confirmed that no militants were killed in the attack. He says the US government has never contacted them, and they still don’t know who the target was. Faulty intelligence is often to blame for civilian deaths in drone strikes.

Since the attack, Nabila has been pushed forward as the public face of her cause.

In 2013, she testified with her father and older brother before a US Congressional committee. She has also visited Japan and been featured by international news organizations including Al Jazeera and The New Yorker.

And Nabila has been well-coached on her message. When I ask her what she’d like to tell the next American president, her father nudges her, grabs a plastic bag from the ground, and hands her a laminated photo of her grandparents. She holds it up while she answers.

“My message to the new president of America is to look at the picture of my grandmother. She did nothing wrong, and she was killed,” Nabila said. “The next president should stop this war, and spend money on education instead. Try to win the heart of the world, rather than bombing us. And then people won’t be hurting you.”

In Pakistan, men are the heads of families. Traditionally, women are only allowed to speak if their male relatives let them.

Her father, ur Rehman, wouldn’t say if he would let his daughter continue her activism once she gets a little older.

His motivation in promoting his daughter is to bring peace, he says.

Fight against militants and for women’s rights sometimes at odds

While the US spends millions of dollars each year on literacy, health and security programs aimed at improving women’s lives in Pakistan, Nabila shows how that effort is often undermined by US military objectives in the region.

Gender rights advocate Rukhshanda Naz says Nabila is one of a growing group of young Pakistani girls acting as spokespeople for their causes. That started after teenage education crusader Malala Yousafzai won a Nobel prize and became an international icon.

“Because Malala became an icon, there is a trend where the father or the male family member publically has started to promote their young girls,” Naz says. “This is one of the trend.”

Nabila talks about the effects of drone strikes, but over and over she returns to another theme made popular by Malala: girls' education.

Her words bear the hint of coaching from a grown-up.

But Naz argues that even if a girl is pushed into the spotlight by male members of her family, at least she’s being seen and heard.

“I’m taking this as a positive,” Naz says. “As a strategy, now they are giving space to women. So I think women should occupy this space.”

Nabila says she likes speaking up against drone strikes. And she’s enjoyed her trips to Japan and the US — she especially liked the parks in Washington, DC.

Occupying her space as an activist has made Nabila’s life better.

She recently moved with some of her siblings to the city of Peshawar, a day’s drive from her hometown. A Japanese NGO is sponsoring her to go to school there. There aren’t any schools for girls where she’s from.

After some dark days living in fear after her grandmother’s death, Nabila says life is better now.

“Going to school in a different city really makes it easier to forget about those things,” she adds.

Nabila’s grandmother was a casualty of the US-led war against Islamic militants. But sometimes tragedy leads to opportunity.

This time, it did for Nabila.