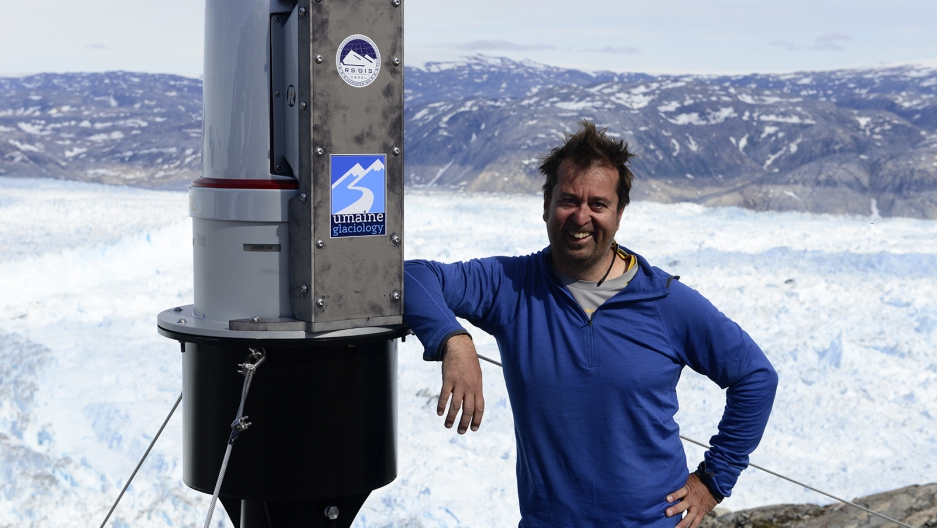 We hear a lot these days about the big changes going on at the Earth's poles, as the ice caps there start to melt under rising global temperatures.

We hear less about the risks that scientists take in trying to understand these changes.

But we’ve just had a stark reminder of the dangers with the death of Gordon Hamilton. The 50-year-old glaciologist at the University of Maine died over the weekend during a research trip when his snowmobile plunged into a 100-foot crevasse on a glacier in Antarctica.

Hamilton's research centered on understanding the relationship between melting ice sheets and rising sea levels, Daniel says. “He studied how glaciers are changing in terms of their size, their flow speeds, their behavior, and what those changes could mean for the rest of us, as glacial ice finds its way into the ocean.”

Tragic reminder of the risks of vital #climate research: the death of a glaciologist featured on @pritheworld https://t.co/3fOdWryhm1

Daniel says it was evident that Hamilton was excited about his work. He recalls a time in 2015 when he asked the scientist what it's like to be next to a glacier.

“Wonder," Hamilton answered. "I mean, look at this landscape — you just can't take your eyes off it. It's gorgeous. The blues you get in glacial ice are quite something — this really iridescent blue color — something unlike ... you ever see anywhere else. It's something that drags your eye to it and holds your focus."

Daniel said that on his final expedition, Hamilton and his team were "developing special robots to study the stability of a part of the ice shelf that's riddled with crevasses — cracks that extend very deep into the underlying snow and ice. Gordon once told me you could drop a handful of school buses down into a typical crevasse without making a dent." Hamilton fell into such a crevasse on Saturday, according to the National Science Foundation. The accident was fatal.

“I’m lucky that I got to see one of those places, and that I had Gordon as my guide,” says Daniel.

Gordon Hamilton always felt a sense of wonder at getting to spend his life exploring Greenland and Antarctica https://t.co/jodALnPbNa