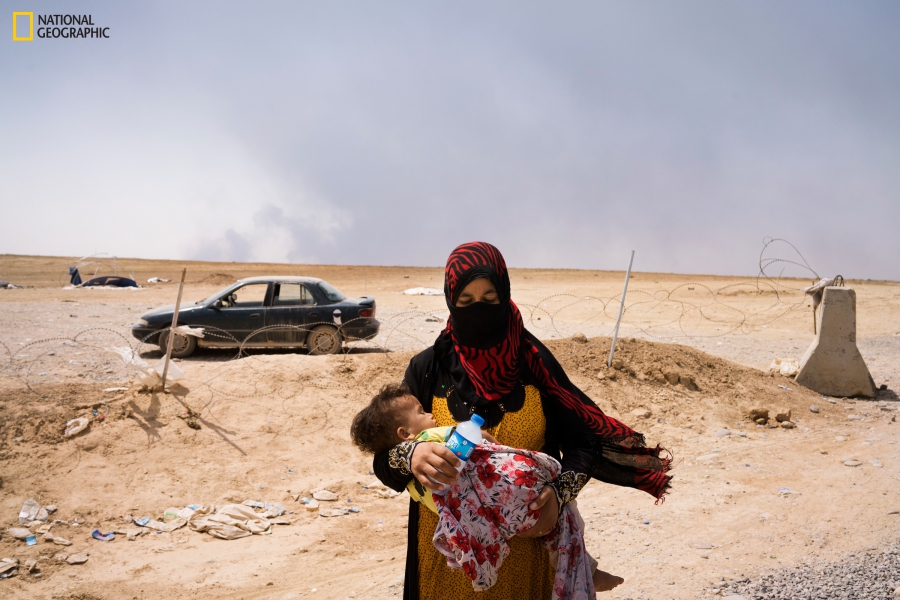 A woman and her child, having fled Qayyarah, arrive at a front line position.

In the now week-long battle for the strategic city of Mosul, the United States and coalition partners have pounded jihadist fighters with more targeted airstrikes than ever before.

But ISIS combatants will not be easily dislodged.

Those who've fled ISIS-controlled areas describe a reign of terror, including public executions that are mandatory viewing. Many forms of Western dress are prohibited, as is smoking, playing soccer and most cell phone use.

He's spoken with Iraqis who once lived on ISIS-controlled land. He tells their stories in his recent piece for the magazine, "Surviving the Fall of ISIS."

"The signal feature of life under ISIS, after constant fear, is constant boredom," Verini says.

Here are some images from newly freed Iraqi towns that ISIS had ruled for two years. (See the rest on National Geographic's website.) 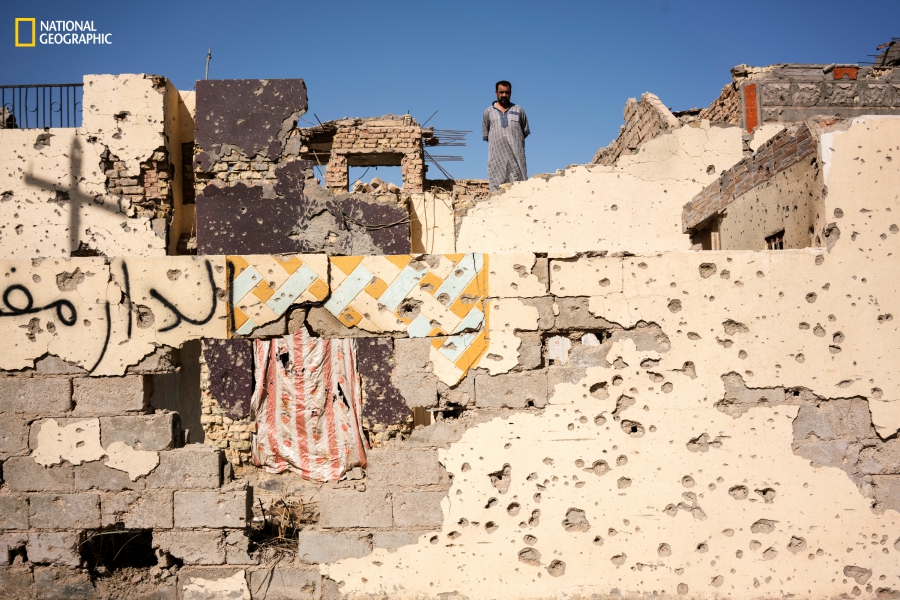 In a stadium district of Ramadi, a onetime ISIS stronghold, the destruction is vast. 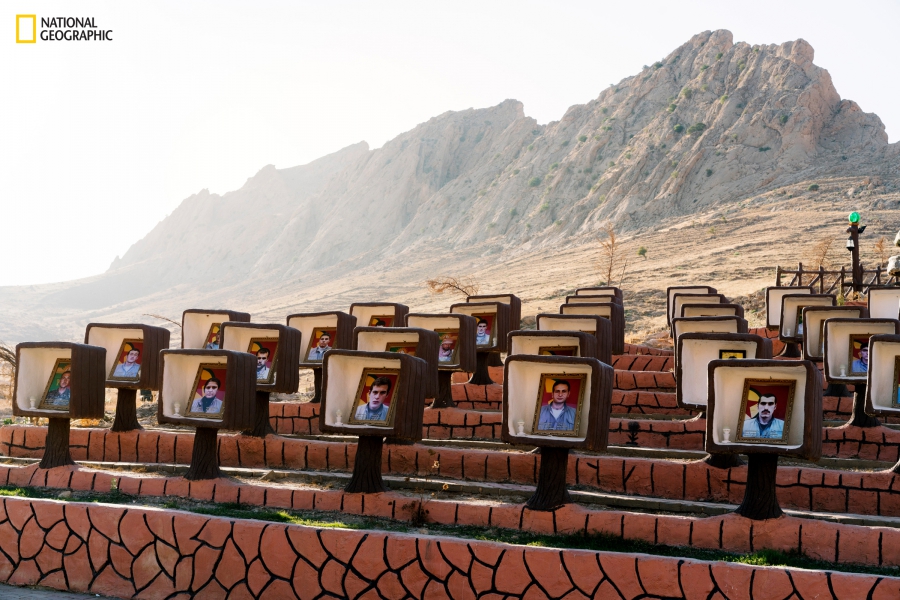 Mount Sinjar is the backdrop for a memorial for fallen Kurdish fighters. 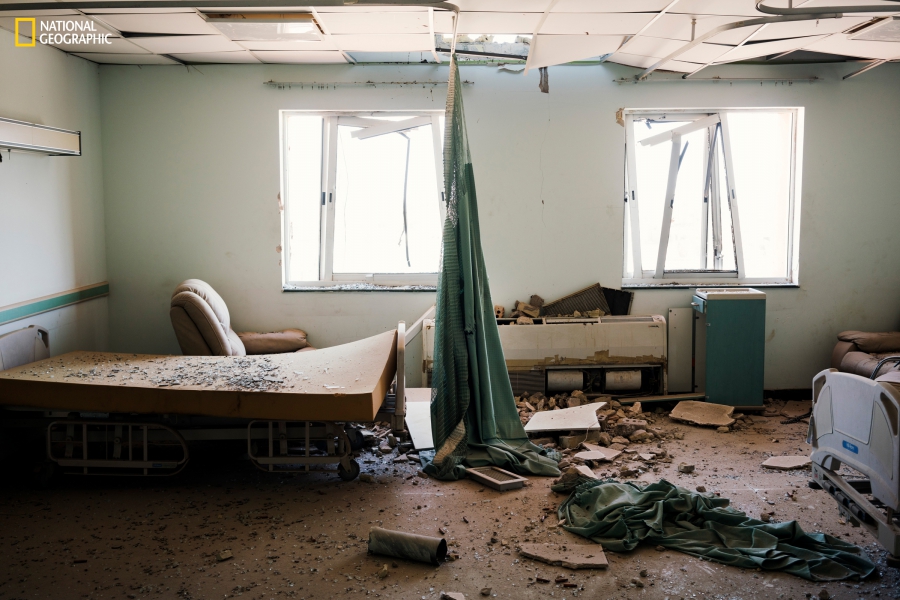 ISIS made the hospital its headquarters in Fallujah — and its last stand in the city. 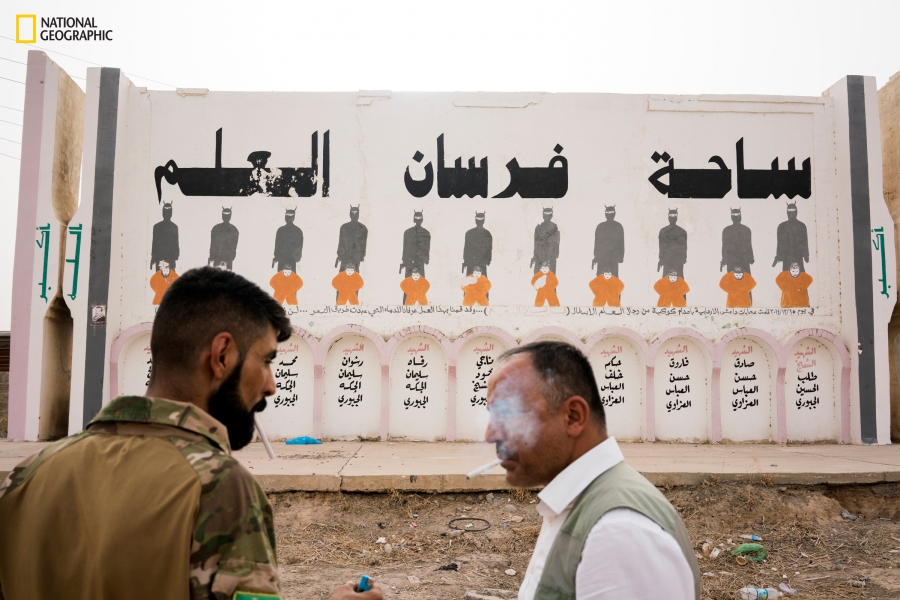 A memorial depicts the execution of residents of the village of Al Alam, near Tikrit. 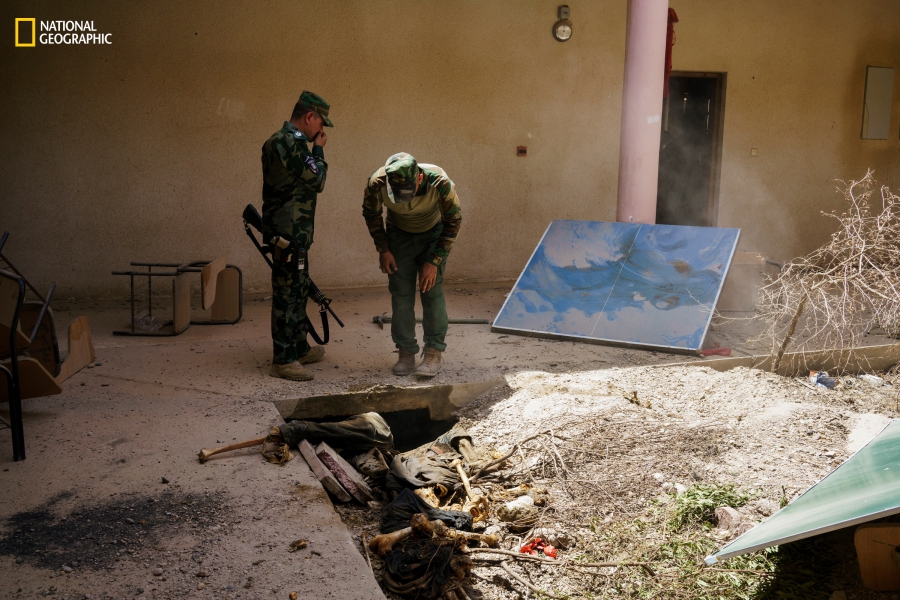 Soldiers inspect a shallow grave at a teachers institute in Fallujah.