In recent years, South Africa's rich choral tradition has produced a wave of talented opera singers who are making their mark on the world stage. Soprano Pretty Yende wowed opera enthusiasts in 2013, when she debuted at the Metropolitan Opera in New York, while bass-baritone Musa Ngqungwana will open next year's Glimmerglass Festival as Porgy in the American classic, "Porgy and Bess."

I meet up with Mpofu at the South African College of Music at the University of Cape Town. She’s been studying here for a few years, but her journey began in a township in the coastal city of Port Elizabeth, a day’s drive east of here.

“We grew up in the same house — my mom, my granny, my cousins, my aunt,” says Mpofu.

She's from the region of Eastern Cape, which has been called the "vocal breadbasket" of South Africa.

Mpofu joined a choir when she was in primary school, but she had never heard opera performed until attending a singing competition well into high school.

“I remember listening to this girl singing and being fascinated by the language, the costumes, the music itself," she says. "It just mesmerized me, and I thought, ‘You know what, this is what I want to do. I’m going to sing.’"

Mpofu went to her local library to find out more about this beautiful but somewhat alien-sounding art form. She entered competitions, scooping up the second prize in a national school competition. Then, she auditioned for a coveted spot in the Opera School at the University of Cape Town. Voice coach Patrick Tikolo was blown away by her performance.

“There’s that kind of glowing femininity in her singing," he says. "You just cannot ignore that kind of a voice. I just knew this voice will actually go places.”

The young opera talent was admitted to the university. But she never showed up. Tikolo couldn’t find her name on the list. “I kept wondering what could be happening. I started calling her,” he remembers.

Mpofu said she hadn’t received the acceptance letter. Tikolo persuaded her to come straight away.

“Try and get ready to come. Talk to your mum. Organize yourself. You need to come to Cape Town," he urged her at the time. 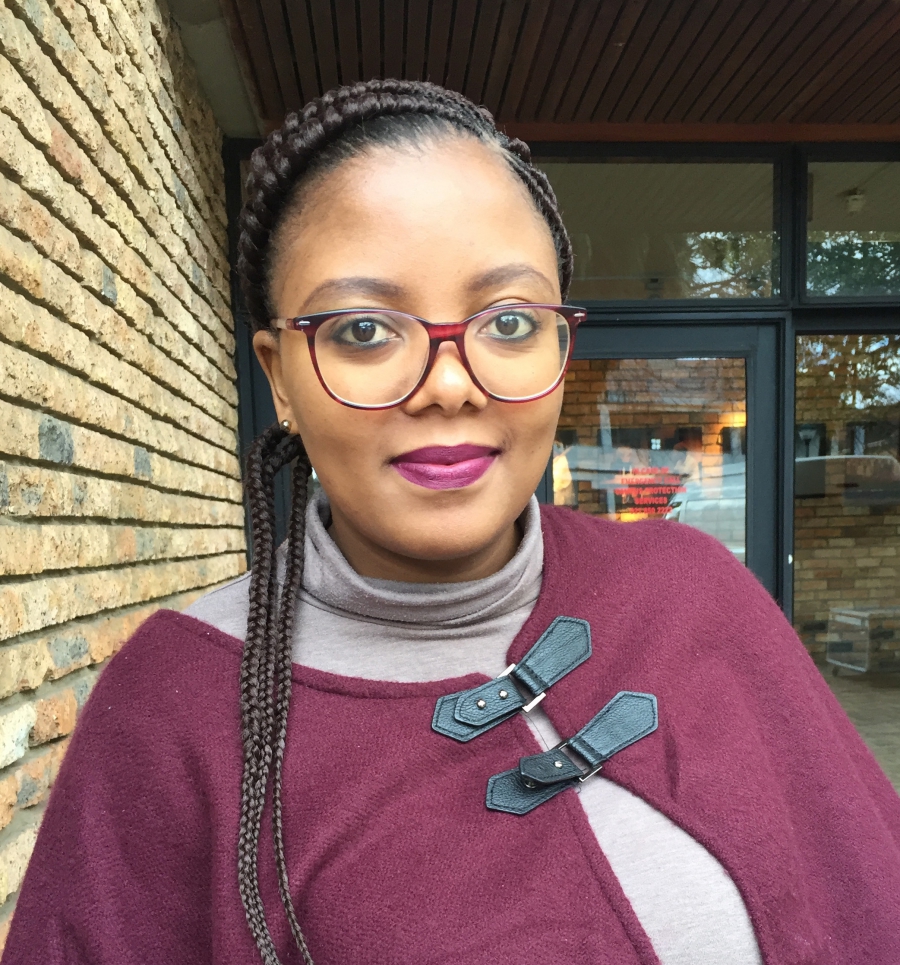 When Mpofu finally got to the opera school, she mailed DVDs of her student performances to her mother.

“She was amazed when she watched me. She would brag about me and take the DVDs to everyone in our street. She was very proud," Mpofu says.

But early into her time as a university student, Mpofu's mother died. While miles away and grieving, she had to step up to help provide for her little brothers, as well.

“My younger brothers were 2 and 5 years old when my mom passed on ... and after that, I said, 'OK, you know what, you are the one who is going to support your family now. So just pull up your socks ... just push yourself ...' and that’s what I’ve been doing ever since.”

Last year, she came in third place in the prestigious international Operalia competition hosted by Plácido Domingo in London. Then, this summer, the International Hans Gabor Belvedere Singing Competition, the "world cup" of opera, came to Cape Town.

But things weren’t looking auspicious for Mpofu. A bout of flu nearly knocked her out of the competition. And then, two days before the performance, a man mugged her as she walked home from the theater.

“He stood in front of me and took out a knife," she says. "And then he said, 'Give me your phone, give me your money, give me everything.’ I told myself to stay calm, because the previous day someone had got stabbed in the same vicinity. I was like, 'Stay calm, give him what he wants.' But when I got home, I cried. I was shocked.”

But the incident didn't stop her. On the day of the opening rounds, Mpofu put her nerves aside and plunged into the Gaetano Donizetti aria she had chosen.

“It’s the life of an artist," she says. "The show must go on. You have no time to just cry ... maybe a few seconds of crying, and then you’re back on your game.”

And she was. Once again, Mpofu made it to the finals. She was delighted when the judging panel asked her to sing an aria from one of her favorite operas, Giuseppe Verdi’s "La Traviata."

“When she told me this aria was selected for her, I said, ‘You know what, it’s God’s call,'" says Tikolo. He basked in her performance.

“She was like an angel on that stage. She was sparkling. She sang with such poise, and it was no wonder that people loved her so much. It said it all to me that ‘Yes, yes. This is where she is supposed to be.'"

Mpofu won the second prize overall, the audience prize and was the best South African singer in the competition. She brought the house down. It also made her more determined than ever to pursue her dream.

Mpofu's future looks promising. But competition is tough. For now, she’s still waiting for that big-time call to the international stage.