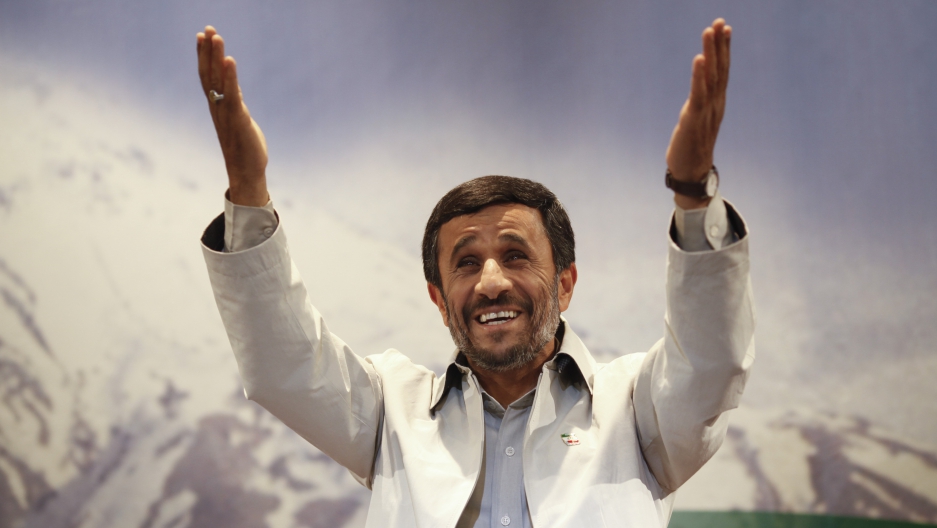 Republican presidential candidate Donald Trump has repeatedly said he will challenge the results of the US election if there is a "questionable result."

So let's take a look at what happened in one country where there were serious allegations of fraud after a recent presidential election: Iran.

Among the reformist candidates were Mir-Hossein Mousavi, the former prime minister, and Mehdi Karoubi, the former speaker of the parliament. They faced conservative incumbent Mahmoud Ahmadinejad.

Expectations were high. Turnout was one of the largest in Iran's history.

What came next shook the country to its core.

The results were announced in a matter of hours. According to those who challenged the result, that wasn't nearly enough time to count all the paper ballots that were cast across the country.

And the conservative candidate, Mahmoud Ahmadinejad, was the winner.

"There were very credible allegations of fraud," recalls Barbara Slavin, acting director of the Future of Iran Initiative at The Atlantic Council and author of a book on Iran-US relations.

"They announced that he had won in an obscenely short amount of time," Slavin says. "No one believes that he had actually won." She adds that the margin of victory was very high, even though the opposing candidates had significant support.

The opposition challenged the results and demanded a recount. Soon, Iranians poured into the streets to protest.

"It led to the biggest political crisis in Iran since the 1979 revolution," Slavin says.

The demonstrators were met with force. Many were arrested and dozens killed. The protesting candidates were put under house arrest, where they remain today.

Slavin believes that the 2009 election and its aftermath had a long-lasting effect on Iran. "It was very dramatic and traumatic," she says.

She doesn't foresee anything similar happening after the US election, but she worries that the harsh rhetoric we've heard during the campaign could affect the country's standing.

"This very sad and dispiriting campaign that we've had in the US, all the vulgarity has really diminished our image in the world," she says.

What would be even more damaging, she adds, is a presidential candidate questioning the legitimacy of the election.