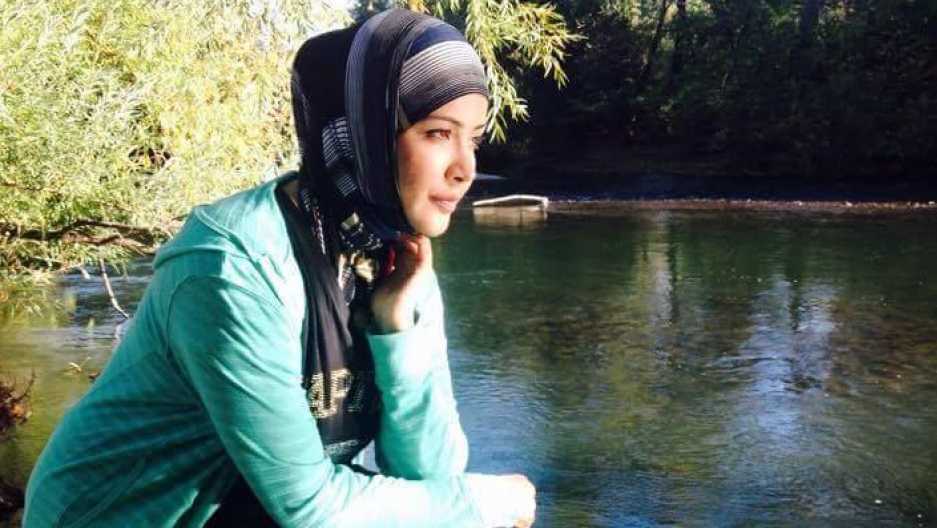 Asmaa Albukaie was married at age 14. She had two children by the time she was 15. Then she took an unusual step for a stay-at-home Syrian mom: She signed up for a university degree in library science in Damascus.

“I noticed that women in movies, American women, decide whatever they want to decide. This is not acceptable in Syria. So I made my own decision to learn and study, but I hid in the bathroom because my husband didn’t allow me to study,” said Albukaie, laughing about that now.

Albukaie told me her story in a coffee shop in downtown Boise, where we spoke for about 90 minutes. The city of Boise, Idaho, is taking in a lot of Syrian refugees: 122 so far this year. That’s more than twice as many as Los Angeles, Boston and New York combined.

Albukaie and her two teenage sons — who arrived in November 2014 — were the first Syrian refugees in Idaho.

Boise has been resettling a lot of refugees, from many nations, because of the affordable housing and need for workers in sparsely populated Idaho.

Albukaie told me a lot of details about her life in Syria, then would ask me to please not share certain parts of our discussion. She wants to protect her family that’s still in the war-torn country — it’s a learned survival defense, not to criticize anybody.

“If I spoke in a bad way, you would not see me alive here,” she said.

Here’s what she said I can share: Albukaie’s husband and her two young boys were kidnapped. She never saw her husband again. But she got her boys back then immediately left for Jordan, then Egypt, where she applied for refugee status through the United Nations.

The UN focuses on resettling its most vulnerable cases first, and she qualified as a single mother. After two years of interviews and background checks, she got a ticket for the United States.

“And then on my flight it’s written: ‘Boise, ID,’ which is Idaho, now I know. But before I didn’t know. And I Googled that,” she says.

Naturally, it was a difficult transition being the very first Syrian refugee in the entire state of Idaho.

“The hardest part? Everything,” said Albukaie. “Learning how to pay the bills, learning how to drive because I got a stick shift car. People were yelling at me in the middle of the street because my car died. They'd call me names, and crazy, and the ‘F-word’ and very bad words. I just smiled and said, ‘I’m sorry, I’m a new driver, this is the first time I’m driving.’”

Albukaie received the car as a donation. She said she didn’t drive in Syria because the buses were convenient, so a car wasn’t necessary.

Thanks in part to all those American movies she watched, Albukaie’s mastery of English quickly landed her a job as an interpreter. Then after a few months in Boise, Albukaie got hired as a resettlement officer helping other refugees arriving from nations across the globe.

She's come a long way very quickly. Last month, Albukaie was honored at the White House for her outreach work, along with seven other refugee community leaders, as part of Welcoming Week, an event run by the Welcoming America, an organization that promotes innovative ways to integrate immigrants into US communities.

Today, Albukaie says she feels like she hit the jackpot living in Idaho.

“First of all, it’s beautiful, it’s really beautiful and green. And also I have a lot of nice friends here, I’m working, and I’m safe. This is the most important thing. I left my country because I was not safe, and I came here for peace and safety,” she says.

Angry drivers aside, Albukaie says Boise has been a very welcoming community. She talks about the small details that make Boise feel that way: for instance, a Jewish family who invited her family to their home for Thanksgiving.

But that warmth is changing. Albukaie wears a hijab, and she says people have screamed at her and called her a “terrorist.” A man recently assaulted her 16-year-old son.

“He was with his friend, and this American guy asked him: ‘Are you Muslim?’ And my son said, ‘Yes, I am Muslim.’ And he punched him in his face.”

The assailant was arrested and charged under Idaho’s hate crime law.

Albukaie wouldn’t criticize any American politicians for the heightened animosity toward Muslims. She’s afraid if she says the wrong thing, that she might get deported. Legally, that can’t happen.

Albukaie spoke to me because she said she wants Americans to understand the refugee vetting process to get here. All applicants are first screened by the UN, then three US government agencies: the State Department, the Department of Homeland Security, and the Department of Health and Human Services.

More: How does the US government vet Syrian refugees? Very carefully.

Overall, the process to admit Syrian refugees generally takes 18 to 24 months, if applicants pass all the hurdles. Around 10,000 Syrian refugees have been accepted to the US over the past 12 months. Democratic presidential candidate Hillary Clinton has said she’d like to increase the annual intake to 65,000.

Republican presidential candidate Donald Trump has said we know “nothing” about the background of Syrian refugees. At the third presidential debate on Wednesday evening, Trump echoed that point again when talking to Clinton.

Also: It’s now clear that most of the Syrian refugees coming to the United States are women and children

“This is what upsets me, because I love the country, I love America,” Albukaie said. “This country is my mother. When [Trump] said Syrians are coming without any paperwork, he should see my paperwork and other people’s paperwork, it’s huge. We went through a lot of interviews, a lot of background checks … More than 10 interviews, and a lot of them were scary and not comfortable, in small rooms, no windows, like an investigation.

“Scary because they ask a lot of questions, and a lot of embarrassing questions too. Like, ‘Answer yes or no, do you want to bomb airplanes?’”

I asked Albukaie: What about the people who are scared of Muslims coming from Syria? How do you assure them that you’re not a terrorist?

“When people say ‘terrorist’ to me… when I smile and wave and say hello, their face changes from somebody that’s mad to somebody who’s welcoming, more calm,” said Albukaie. “I believe Muslim attitudes can change what American people think about Muslims.”

Albukaie recently gave a TED Talk in Moscow, Idaho, so more people can get to know a Syrian refugee.