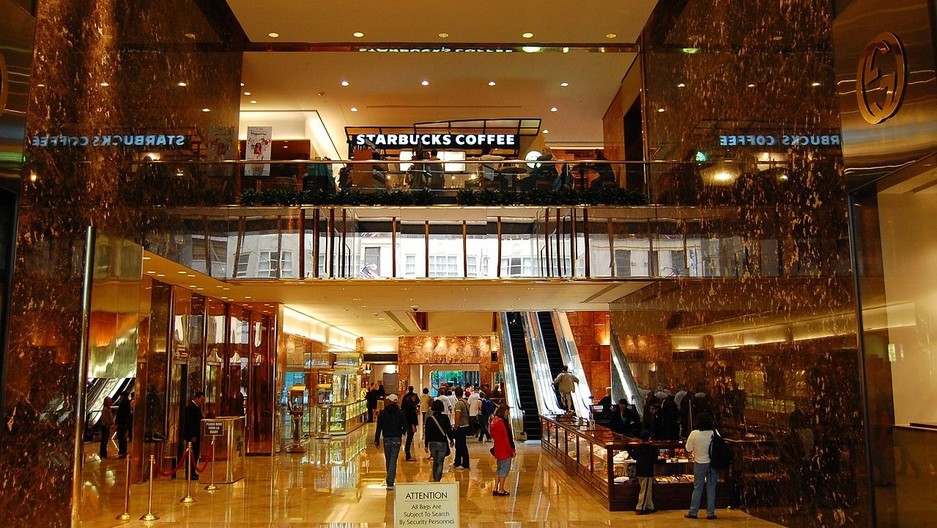 The entrance to Trump Tower on Fifth Avenue in New York City, shown here, is where Donald Trump announced his campaign for the presidency.

How is a Bruce Springsteen show like a presidential campaign stop? Josh King, author of the recent book “Off Script,” says both are carefully orchestrated spectacles. For one, The Boss does not just walk out with his guitar.

In politics, roadie equivalents are called advance people, and they help plan out every detail of a politician’s public appearances. King worked as an advance man on the Dukakis campaign and in the Clinton White House. Recently, he cast an experienced eye over the pink marble atrium of Trump Tower in New York City, where Donald Trump announced his campaign for the presidency in June 2015.

“It's a really tight, small venue, but it served its purpose perfectly,” King says. And despite the glitz of Trump Tower, he notes that the presentation entailed pretty simple stage techniques, leaving space for just a dozen or so cameras.

“There was going to be plenty of time in the rest of the campaign for more ambitious stagecraft,” he says. “This was basic. Trump. Podium. Bank of flags. Announcement by Ivanka, embrace with Ivanka. 'I can give my 45-minute speech.' Then the family can be brought back on stage for what we call a family photo. And you're done. You're out of here.”

Basic, but for Trump’s grand, slow entrance on one of the atrium’s huge escalators, set to Neil Young’s “Rockin’ in the Free World.” What to make of that passive descent for such an energetic candidate?

“It gives new definition to deus ex machina, doesn’t it?” King says, drily. “Well, the whole idea of a walk-in or an entrance is one of the basic ingredients of a major political event. Now, if you think about the practical constraints, you’re in here, you’re in Trump Tower. How else are you going to show the grand movement toward the stage, whether you happen to be stationary on the escalator or not?”

“It gives about 15 seconds of camera tracking to let the correspondent say, after they've been tossed the story by David Miller or Scott Pelley or Lester Holt, ‘Donald Trump announced his candidacy today by arriving at Trump Tower.’ Cut to tight shot of the major sound bites they want to take for that story.”

But judging purely on show business pizzazz, King says the recent showdown between the Republican and Democratic national conventions was no contest: It was all over the moment that Khizr Khan, father of slain Army captain Humayun Khan, pulled out a copy of the Constitution to make a point during his DNC address. King isn’t certain the gesture was planned in advance, and in his eyes, that only adds to its potency.

“That became the front-page picture, and the enduring picture of Mr. Khan’s message,” King says. “And for all the millions of dollars that were spent on construction and stagecraft, of either the Wells Fargo arena in Philadelphia or the Quicken Loans Arena in Cleveland, a $1 copy of the Constitution became an enduring message of the convention.”