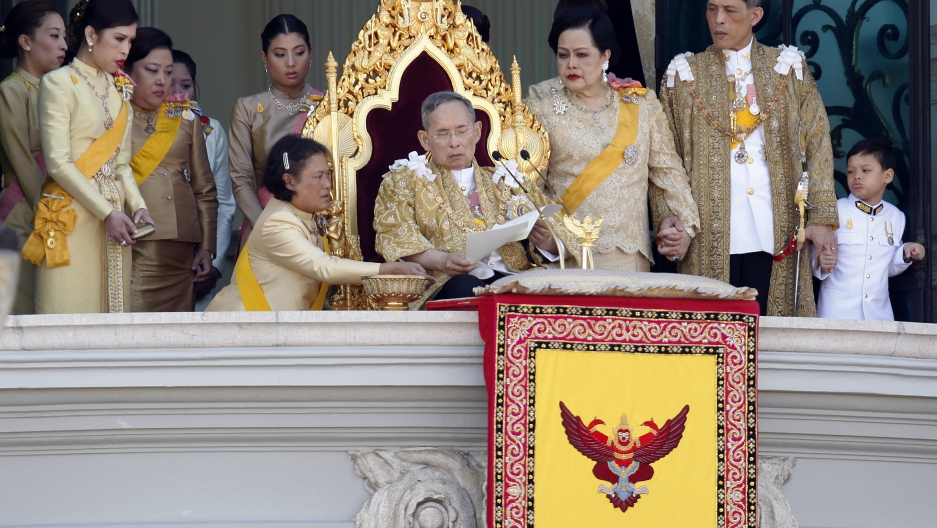 Until his death, on Thursday, Thailand's King Bhumibol Adulyadej was the world's longest-reigning monarch.

Officially known as King Rama IX, he descended from the Chakri dynasty which came to power in Thailand in the late 18th century.

Both local and international media must self-censor in Thailand when reporting on the royal family due to the country's lese majeste law — one of the strictest in the world.

Under the legislation, anyone convicted of insulting the king, queen, heir or regent faces up to 15 years in prison on each count.

The following are brief profiles of members of the Thai royal family.

The king's only son and the next in line to the throne, Vajiralongkorn was born on July 28, 1952.

He studied in Britain and Australia before embarking on a military career.

Officially married three times, the Crown Prince has had a colorful personal life.

His married his first wife in 1977, a cousin, Princess Soamsavali Kitiyakara, with whom he has a daughter. They later divorced.

In 2001 he married a woman who became known as Princess Srirasmi in a private ceremony. She gave birth to a boy, Dipangkorn Rasmijoti, on April 29, 2005.

In late 2014, Srirasmi suffered a very public fall from grace when several members of her family were arrested as part of a police corruption probe and charged with lese majeste.

Vajiralongkorn later divorced her and she lost her royal titles.

The crown prince has spent much of his time away from the public eye, but in recent years he has stepped in at some official ceremonies as his father's health declined.

In August 2015 he led key figures of the current junta and thousands of others in a mass bike ride through Bangkok, a rare high-profile appearance which analysts said amounted to a public declaration of support from the country's military rulers.

But he has yet to draw the same level of public devotion as his revered father.

Britain's Queen Elizabeth II smiles as she greets Thailand's Queen Sirikit as the King Bhumibol Adulyadej looks on at a reception at the British Ambassador's residence in central Bangkok, Thailand on October 30, 1996.

Daughter of the Thai ambassador to France, Sirikit Kitiyakara met Bhumibol, her distant cousin, shortly before he ascended to the throne.

Their relationship developed at his hospital bedside in Switzerland — where Bhumibol had been studying — after he suffered a serious car accident, which cost him the sight in one eye.

The pair were married in a Bangkok palace on April 28, 1950, a week before his coronation.

She was always seen by her husband's side, but has retreated from public life in recent years due to ill health.

Behind the scenes she has been a formidable figure, forging strong links to the country's business and military elites.

Sirikit's portrait adorns roadsides across the kingdom and people celebrate Mother's Day on her birthday.

The king and queen had four children. 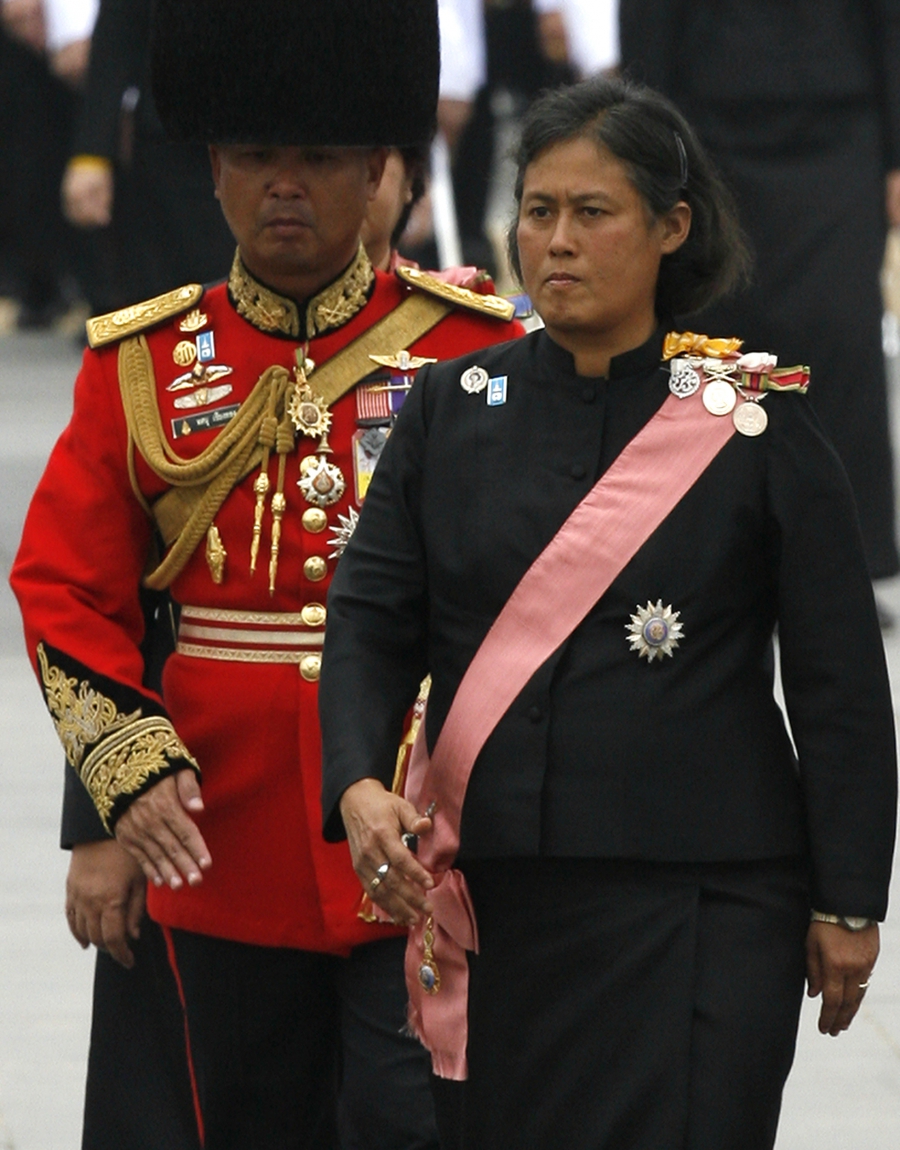 The royal couple's daughter Sirindhorn, beloved by many Thais, was born on April 2, 1955.

She is a devoted scholar who lectures in history and speaks English, French, Chinese, German and Thai as well as mastering Latin, according to her official biography.

Her work with charities, notably as head of the Thai Red Cross, has won her admiration and she regularly represents the palace at official events.

In recent years she has been the most visible senior royal family member, continuing her father's tradition of sponsoring development projects across rural Thailand.

The king in 1977 elevated Sirindhorn to a higher rank with the newly created title of crown princess, three years after the Thai constitution was amended to allow women to take the throne.

She is unmarried and has no children.

Thai Princess Ubolratana Rajakanya poses during a news conference for the presentation of the film "Where the Miracle Happens" by director Sirippakorn Wongjariyawatara at the 61st Cannes Film Festival on May 15, 2008.

Ubolratana, 65, the first-born child of Bhumibol and Sirikit, studied in the United States at Massachusetts Institute of Technology and later at the University of California, Los Angeles.

While in Boston, she met and eventually married American Peter Jensen. Ubolratana gave up her royal title and raised her family in the US.

She and Jensen divorced in 1998, and three years later she moved back to Thailand.

Their second son, Poom Jensen, was autistic and Ubolratana has worked to promote awareness of the condition. He was killed at the age of 21 during the 2004 tsunami while on holiday at the southern Thai resort destination of Khao Lak.

The youngest child in the royal family was born on July 4, 1957.

She studied chemistry at Kasetsart University and later received a doctorate.

She has used her position to promote the sciences in Thailand and was the first Asian to be invited to join Britain's Royal Society of Chemistry as an honorary fellow, according to her official biography.

She married an air force officer, Virayuth Didyasarin, in 1982. Because he was a commoner, she was supposed to give up her royal title but her father granted her special permission to keep it.

The couple later divorced, but have two daughters.