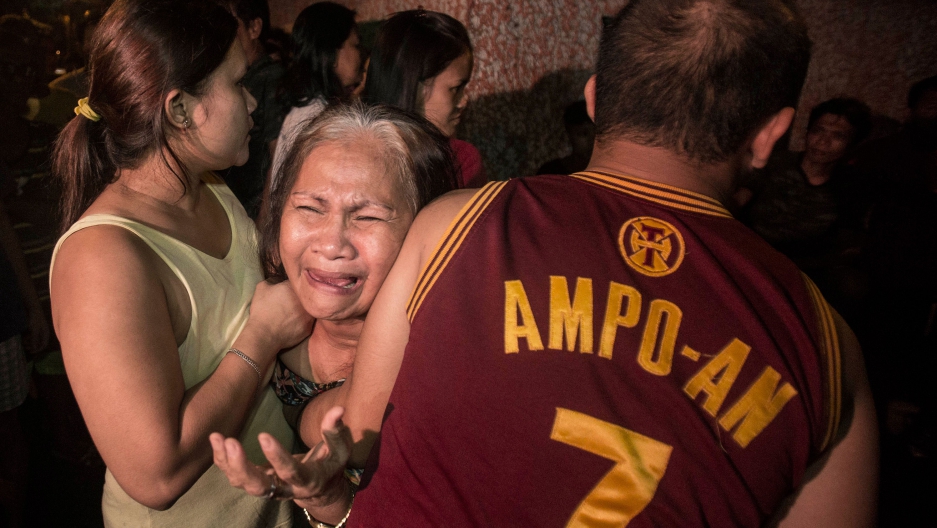 Yolanda Ampoan is hugged by her children after learning of the death of her son Sandrex Ampo. Ampo was killed by unknown assailant on September 23, 2016 in Punta Sta Ana, Manila.

During his first week in office, Philippines President Rodrigo Duterte called on drug addicts to turn themselves in. Authorities were overwhelmed by the response. Over 600,000 admitted drug users flooded government offices and police stations to register their names.

The government was unprepared. There are only 14 small public rehab centers in all of the Philippines, and a handful of private ones. Most were filled to capacity even before the half million drug users turned themselves in. So local officials have gotten creative — like when they sent meth addicts to compulsory Zumba classes.

Duterte has gained international attention for a violent war on drugs that has left at least 3,400 people dead in the three months since he took office, killed either in police operations or by vigilantes. The people who surrendered hoped to be spared this punishment.

The Duterte administration holds up the number of dead as a success. But 100 days after the start of his presidency, the program intended to rehabilitate addicts is showing the operational limits of his drug war.

Barangay 197, a district of Pasay City in greater Manila, is a typical poor neighborhood. It’s a tight-knit community, where old women lean out of their windows, children scamper around unsupervised and pet roosters crow in homemade pens.

Barangays are the smallest unit of government in the Philippines. They became responsible for the rehabilitation of addicts who surrendered. In Barangay 197, the local authorities decided hard work was the solution.

“So far, we have a project for the surrenderees to work in the canteens of our district,” said councilman Jaime Abasola.

Drug addicts were assigned to work in the little makeshift canteens near the Barangay Hall to earn a small salary washing plates and hauling pots of food. “We give them a chance to have a new life,” Abasola said, “so we can reduce illegal drug use.”

Treating addiction is more complicated than keeping a drug user busy. Abasola understands that. When I asked him if the canteen jobs work to address addiction, he said what’s really needed is a step-by-step program.

But the government provided Abasola with zero funding, and very little guidance on how to deal with methamphetamine abuse. 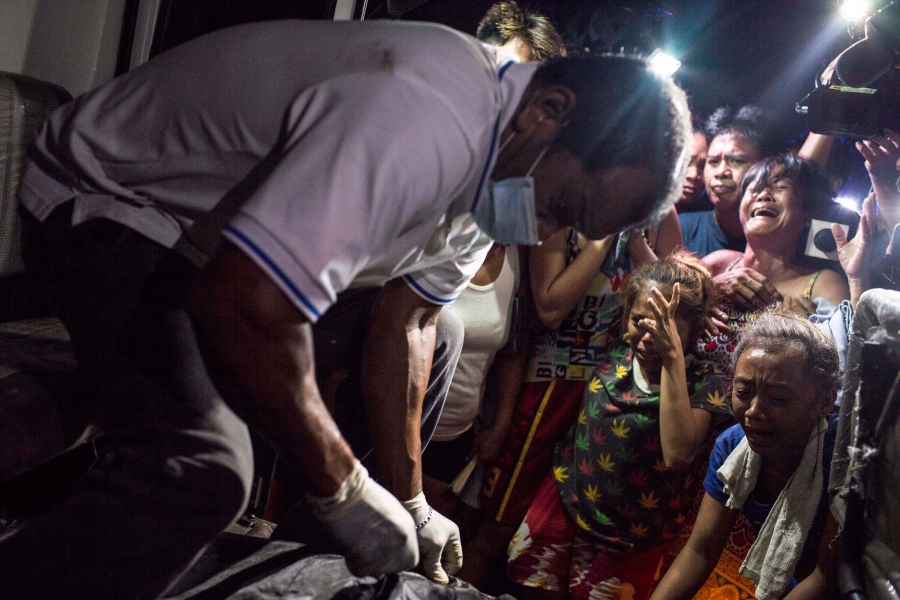 When I ask to meet some of the local surrenderees, Abasola can’t produce any. At first he was reluctant to admit it: Most have gone into hiding.

Abasola walks me through narrow alleys to a boarded-up doorway. It’s the home of Luisito Boja — or at least it was. Boja was one of the drug users who surrendered back in June during Oplan Tokhang, Duterte’s flagship operation, where police went door-to-door rooting out suspected drug addicts and dealers.

But about a week ago, three masked men on a motorcycle stormed into Boja’s house in the middle of the night, pulled him out of bed and shot him in front of his two young children.

“They should have just arrested him,” Abasola said. “They could have left him to fester in prison for a few years. This was a person’s life. I feel pity for the family, especially the children.”

It’s this kind of thing that has people here terrified.

A man who’s standing near the house declined to give his name, because he fears the men who killed Boja will come after him. He does tell me that he’s afraid to go to sleep. Just the sound of a passing motorcycle makes him tense up.

The day before two other surenderees left the neighborhood after they got text messages telling them they would be next. 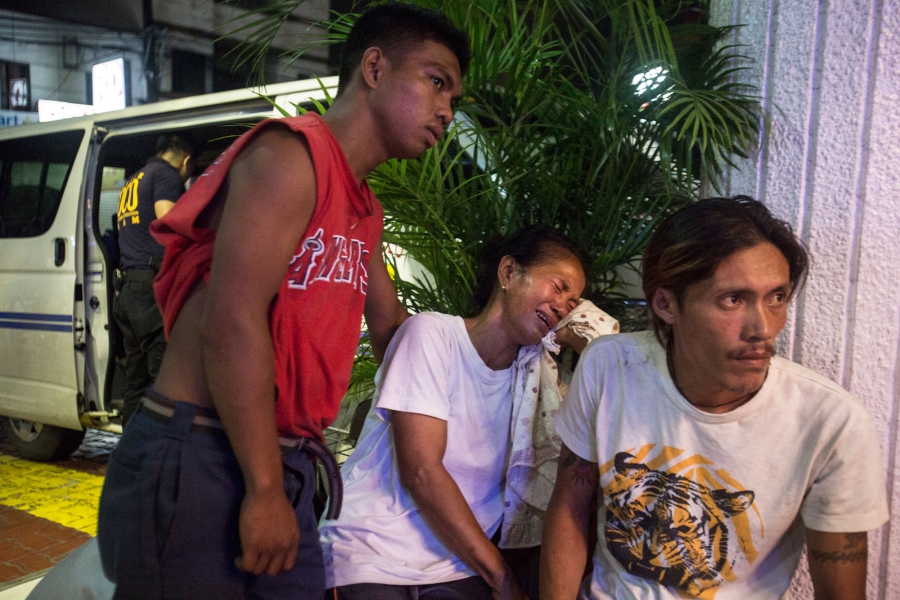 Family members wait outside the funeral home where an autopsy is conducted on Jaylord Clemente, a suspected drug dealer killed by an unknown assailant in Pasay City.

There’s little Abasola can do to protect them. “Our barangay captain went around and told them to stay away from drugs, because there are people here informing [the police].” There’s a lot of suspicion here that the police are involved in the killings.

Abasola leads me down another alley, to a woman who agrees to talk to me on tape, though she doesn’t want to give her name. She’s scared too.

She says her husband, a drug user, left a few weeks back. “He surrendered during the police operations, but it turned out to be the wrong thing to do,” she said.

He left because he didn’t want her and the kids to get caught up in it, if the vigilantes went after him. “It’s hard now,” she said. “It’s hard not to have a husband.” For her safety, she doesn’t know where he is, and seldom hears from him.

Even though her husband went into hiding, she continues to receive text messages that the masked men are still looking for him.

Abasola, who has lived in this neighborhood all his life, shakes hands with people as we pass. He pats some children on the head as they buy candy at a local shop, and banters with a few young men playing bingo in the alley. One of the men joke that I should record them now, because human beings are going extinct.

“Right now, people are all out,” Abasola said, “but by nighttime, that’s it. If a motorcycle passes, they’re all cowering. That’s how it is now.”

President Duterte recently said that the government currently doesn’t have the funds to rehabilitate drug addicts. He would rather have them killed “in the meantime.”

This story was reported from Manila.