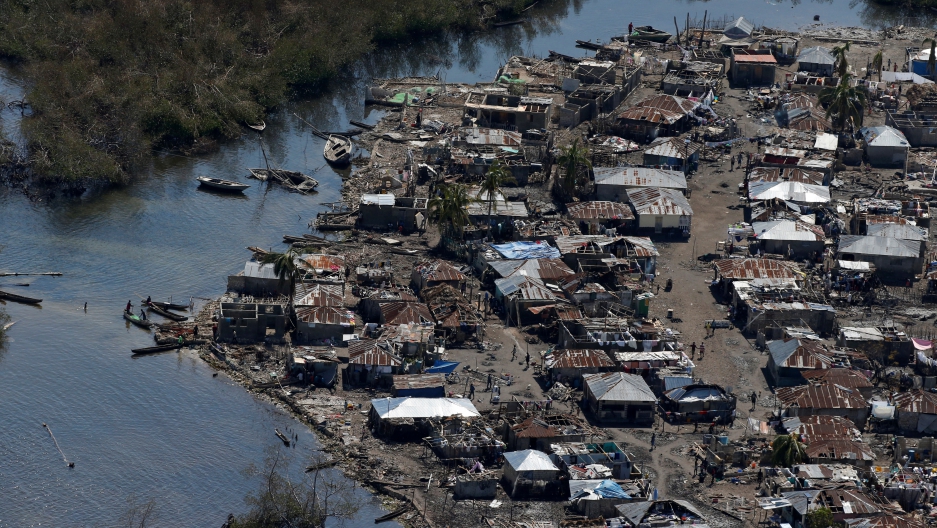 “Everyone is talking about this,” says The World’s Amy Bracken, in Dame Marie, in southwestern Haiti. “Aid workers, doctors, random people I’m talking to on the streets, have been talking about this. They’re terrified.”

Cholera is a deadly water-borne disease, and it’s already taking lives in Haiti.

Cholera can kill you within hours of contracting it, if left untreated, from massive dehydration. Patients need to be kept hydrated, ideally intravenously.

“Water is really a number one need right now,” Bracken says. “There’s been a tremendous amount of water contamination and there’s just a lack of clean drinking water.”

You catch cholera most commonly by consuming water contaminated with the waste of other cholera victims. Sanitation and clean water are essential in fighting cholera and both are in short supply in the aftermath of a natural disaster.

“So [aid] groups are coming in; they’re trying to repair wells; they’re trying to go to the sources where people are getting their water and chlorinating the water,” Bracken says. “They’re also bringing in aqua-tabs. So fortunately this does seem to be a pretty big priority for a number of aid groups.”

Cholera was accidentally introduced into Haiti in 2010 by United Nations peacekeepers from Nepal.

The World Health Organization announced Tuesday that it’s sending a million doses of cholera vaccine to Haiti. The vaccine confers immunity for up to two years.

But getting aid into the worst affected areas is tricky. One key bridge is down, but 4x4 vehicles can now ford the river, as floodwaters have subsided. However, Bracken saw only one aid vehicle while making the long journey herself.

Security is also a concern, with reports of desperate bands of people threatening aid trucks.

More than a million people are in need of urgent assistance, according to the UN. Besides clean water, shelter is another priority. Bracken says almost every home in the area around Dame Marie has lost its roof.

There’s also a longer term fear of hunger or starvation, because most food stocks have been ruined and crops destroyed.