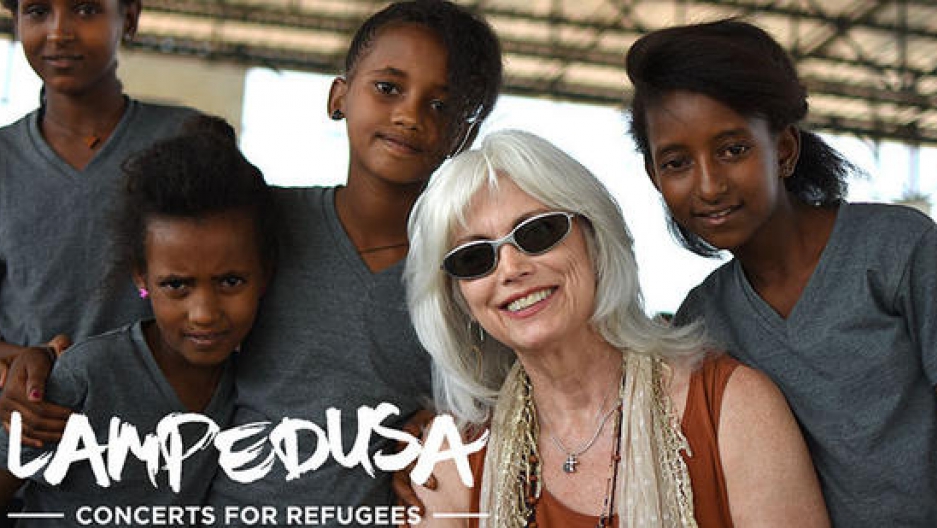 Singer-songwriters Emmylou Harris and Steve Earle are no strangers to the tour circuit — both as solo artists and performing together at various benefit concerts.

There were the Concerts for a Landmine Free World back in 1999. An Irish Gala Concert in Washington DC a year later. And they headlined an animal rescue concert a few years ago, where they performed this tune.

Now, Harris and Earle are back on the road for Lampedusa: Concerts for Refugees. It's an 11-date concert tour sponsored by the Jesuit Refugee Service.

Also, joining them for the cause are other heavyweights, including Robert Plant and Buddy Miller.

Harris was the first to commit to the tour.

It began, she says, when she visited a refugee camp in Ethiopia. "The camps I visited were basically unaccompanied minors from Eritrea, which is a country so torn by war," she says.

Proceeds from the tour go toward education in these camps. And Harris saw firsthand how money is being put to use when she visited the camp earlier this year. "They had English classes. They had computer classes, but they also had music classes ... you know being engaged in as much normalcy as we can give these young people. They're in a place of safety. But this is just the first step."

Harris is emphatic that "education is the key, I believe, to saving the world right now."

This tour comes at a time when there's heated debate over refugees and undocumented workers in the United States.

Earle admits, "We're probably going to run into some pushback from some people." Even still, he says, "This was a no-brainer for me."