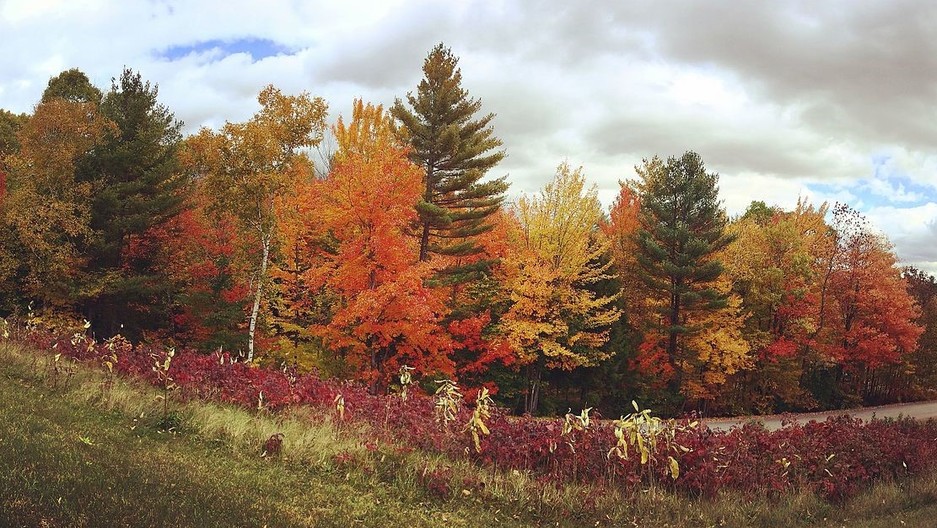 The Hubbard Brook Experimental Forest, pictured here, has been a boon for forest science.

The White Mountains of New Hampshire contain an unusual patch of woods known as the Hubbard Brook Experimental Forest. While its nearly 8,000 acres of hemlock, red spruce, sugar maple and other trees may not visually distinguish it from neighboring landscapes, Hubbard Brook has been home to some of the past half-century’s biggest discoveries in forest science, particularly around acid rain and clear-cutting. What is it about the Hubbard Brook forest that makes it so valuable for research?

The answer, in part, is the site’s geography. The research station nestled in the lush Hubbard Brook valley has been operating since 1955, when the US Forest Service selected the site to study precipitation and streamflow. Gene Likens, an ecologist at the Cary Institute of Ecosystem Studies who co-founded a long-term ecosystem study at Hubbard Brook, says that what made the site valuable for research over 60 years ago remains today: a bowl-shaped valley, homogenous vegetation and geology and a relatively watertight riverbed, so that water flow can be measured accurately.

“We started with a simple metaphor that, could we use the chemistry of stream water much like a physician uses the chemistry of blood and urine, and so if that chemistry changes or is different than we expect, then something may be going on,” Likens says.

Over the decades, the longitudinal studies at Hubbard Brook have led Likens and other scientists to important discoveries about the health of the entire forest ecosystem. In July 1963, a rain sample collected by Likens’ team at Hubbard Brook was about 100 times more acidic than the team thought it should be. Acid rain wasn’t the obvious answer because little was known about its effects.

“We wondered if it was some mistake we were making,” Likens says.

But after finding evidence of the phenomenon elsewhere on the East Coast, Likens, and his collaborator, Herb Bormann, published a paper on acid rain in Science magazine. They’d found that coal and oil being burned in the Midwest were emitting sulfur dioxides and nitrogen oxides, which were then transported in the atmosphere. There, the particles reacted with water molecules to become acidic, later coming down as acid rain in places like Hubbard Brook.

“That paper was picked up by the New York Times and featured on the front page, and that changed my life forever,” Likens says.

The discovery of acid rain at Hubbard Brook also set the stage for action. In 1990, President George H. W. Bush signed into law the first Clean Air Act amendments dealing specifically with reducing acid rain. Likens says that rain acidity in the Hubbard Brook Experimental Forest is now about 80 percent less than its peak in 1970, but even so, he can still see its effects.

“Standing right here, this forest looks quite healthy,” Likens says. “I mean, it’s green, it’s lush, but particularly in the upper elevations, in the places where we’ve done detailed studies, we know that it’s not, particularly the sugar maple. ... The acidities that we’re talking about are enough to mobilize aluminum. Aluminum is toxic to fine roots of trees, and so sugar maple have responded to that with a much increased mortality.”

Climate change patterns are also recorded in the Hubbard Brook station’s long data set. Dick Holmes is a Dartmouth College biology professor who’s also studied the forest for many years. (He co-authored "Hubbard Brook: The Story of a Forest Ecosystem" with Likens). Holmes says that decades’ worth of temperature and precipitation records tell a foreboding story about spring’s early arrival. Trees are leafing out earlier than they were even 20 years ago.

“This has an effect on the animal populations, in terms of when the birds arrive and when the insects start to become abundant and affect the timing of breeding of animal species that are living here in the forest,” Holmes says. “So far, we haven't detected a negative effect. The birds, for instance, seem to be adjusting to that time shift, but if it gets to be early enough it could impact their success.”

Research done at Hubbard Brook has even changed how lumber is harvested in American forests. For one experiment, Holmes and Likens clear-cut an area in one of the nine watersheds leading into the main brook, leaving the logged timber as debris on the forest floor.

“One of the results was that the water flow from that system increased drastically,” Holmes says. “Then, when the chemistry of the water was sampled, it was found that the nitrate level in the water was very, very high. In fact, it was so high that it didn't meet the public health standards. So removing vegetation changed the water chemistry, making it less suitable for human use.”

The Forest Service now limits clear-cuts to 100 acres or less, a regulation based in part on the research Likens and Holmes conducted at Hubbard Brook. Likens says that even after the 1990 Clean Air Act amendments reduced the source of acid rain, it’s important to keep tweaking forest management like this, to grow healthier forests.

“That's the main thing, cutting back on what's causing the problem — and then management manipulations that might be helpful on a more local scale,” Likens says. “This system provides us with clean air, clean water, I mean, all those ecosystem services that we as humans depend upon.”