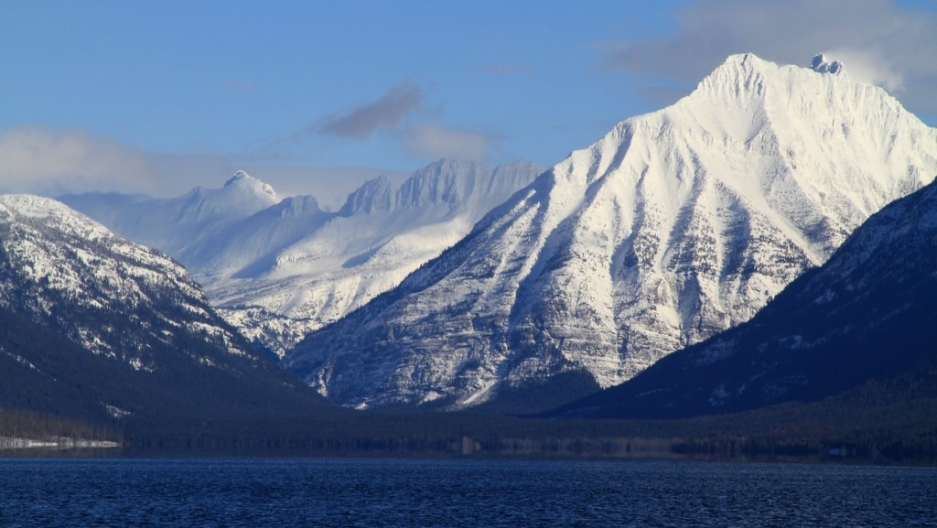 When you hear that some extraordinary place is undergoing big changes, it’s a natural impulse to want to get out and see it.

The glaciers are retreating in Glacier National Park? Time to finally take your kids to hike them — or for a swim through kaleidoscopic coral at the Great Barrier Reef, which is threatened by bleaching.

Our visits to endangered sites can feel a bit like paying respects — but are they any good for the sites themselves?

Leslie Josephs, a travel and transportation reporter for Quartz, calls the phenomenon “last chance” or “FOMO” — that’s “Fear of Missing Out” — tourism. She says that for endangered sites, an uptick in visitors can be both helpful and harmful.

“It's a good thing that these places get visibility, that the threats to them — there's more awareness of what is happening to them,” Josephs says. “That's never a bad thing. But there is an environmental impact, and this goes for both natural sites and it goes for cultural sites. Any time you bring a mass of people into a small area, anyone who lives in New York City will tell you, can have some uncomfortable side effects.”

Bringing people to a site can involve planes, trains, automobiles — and even boats, for natural wonders like the Galapagos Islands or the Great Barrier Reef. Those fossil fuels have a cost, Josephs says. And environmental wear and tear doesn’t end with our arrival at an endangered site.

“There's foot traffic, there's general human waste, there's introduced species,” Josephs says. “So it's kind of endless, what the impacts can be. And it does depend site by site, but we have very, very heavy footprints, unfortunately, as humans.”

Hello, llama! What a nice spot you've found to observe the Inca citadel of Machu Picchu in Cusco, Peru.

At Machu Picchu, a UNESCO World Heritage Site, several of the best and worst outcomes of last-chance tourism have been thrown into relief.

“When Peru's government emerged from a civil war in the 2000s, there was a boom in tourism,” says Josephs, a former news wire correspondent in Peru. “Everybody wanted to go, it was safer. Great — it’s an economic benefit, it creates jobs. That's a wonderful thing for a country that had been struggling: create an entire tourism industry. And in fact, Machu Picchu is the number one tourist attraction of Peru.”

But Machu Picchu’s popularity is changing the experience for its throngs of visitors, and more worryingly, contributing to the degradation of the site itself.

“The bad thing is the site is very, very overrun,” Josephs says. “And what that means is that one, you can't really enjoy it as much because you are backpack-to-backpack in certain sites where you were once able to roam around, and take a nap, I've heard, in some of these areas. But that does lead to degradation of the sites. There is vandalism that obviously the government of Peru wants to protect its sites from. And then there's the issue of erosion from the bus traffic that comes in.”

At Machu Picchu and other endangered sites like the Galapagos Islands, the solution has been to limit access — regulating how many people can enter and where exactly they can go. But Josephs notes that can be hard to do when there are so many people who want to see the sites.

“You can’t blame them,” Josephs says.