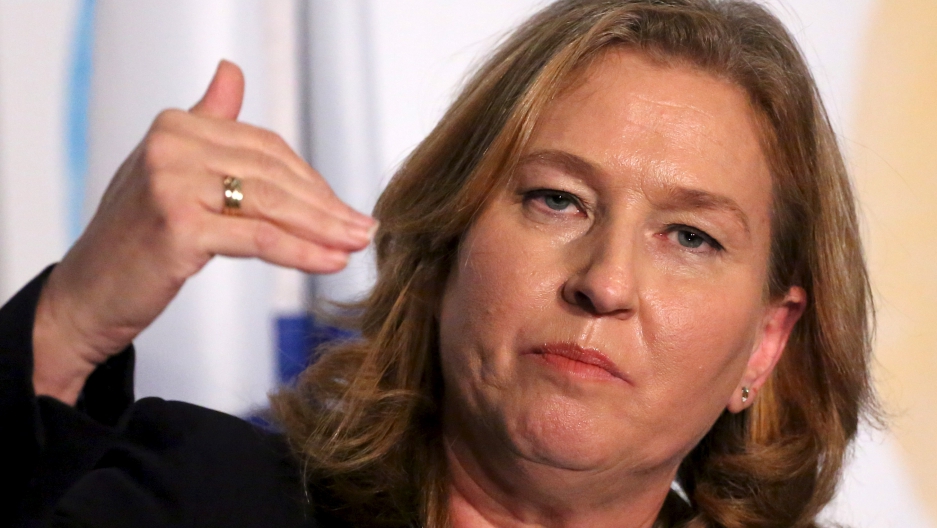 Former Israeli Foreign Minister Tzipi Livni says she believes most Israelis understand now that the best thing to do is to support a two-state solution.

The White House and State Department on Wednesday criticized the Israeli government for approving plans to create a new Jewish settlement, with up to 300 new houses, in the West Bank.

In a statement that was harsh by State Department standards, the US “strongly condemned” the move, while the Israeli foreign ministry insisted that the new houses would be built within the territory of an already existing settlement named Shvut Rachel.

Last month, America Abroad spoke with Tzipi Livni, a former foreign minister in Israel, to discuss the country's relationship with the US and the stagnated peace process. The settlement issue came up quickly.

“Settlement activities were part of a vision that in a way was my party when I was very young.”

Livni, who’s now heading the Hatnuah party, an opposition party to Prime Minister Benjamin Netanyahu, is referring to the vision of Netanyahu's right-wing Likud party. Livni was a Likud’s member of parliament and a minister until she left the party in 2005. Her father, Eitan Livni, was a prominent member of the Likud party and served in parliament between 1973 and 1984.

“The idea was that after '67 we came back to places that are part of the land of our forefathers. We felt that we can live happily ever after, Israelis and the Palestinians, Jews and Muslims, between this tiny place,” explains Tzipi Livni, who left the Likud party 11 years ago.

Livni says she believes most Israelis understand now that the best thing to do is to support a two-state solution that answers the national aspirations of two peoples. Israel for the Jews and a Palestinian state for the Palestinians.

“Settlements activities were part of another vision,” she says. “A vision of greater Israel, a vision of one state, which is not my vision anymore. I believe that this is not the vision of the vast majority of Israelis.”

What does that mean in practice? Livni is pushing for Israel to annex a few “blocs” of settlements in a future agreement. While which blocs this would include can be disputed, they are characterized as the larger, more urban and dense settlements, closer to the pre-1967 borders. These are seen as less of an obstacle to a future formation of a Palestinian state. In Livni’s view, 85 percent of settlers will be able to remain in their homes in a future peace agreement, a position Secretary of State John Kerry echoed in 2013.

The new settlement plan that was just approved by the Israeli government relates to an isolated settlement. It is not part of the areas usually included as among those most likely to remain under Israeli sovereignty in a future peace deal.

Livni believes that while existing settlements will have to be addressed in a future agreement, in the meantime, freezing settlement building is important in sending a message that Israel is willing to play by the rules and is interested in peace. Israel’s security, she emphasizes, is more important than expansion.

“I believe that building more settlements, expanding settlement — it doesn't serve our vision anymore. I believe that what we need to do is to stick to our defense needs, security needs, which is very important, by saying we are willing to freeze settlements. But, yet, when it comes to Israeli security, we would not compromise on this.”

While Netanyahu didn't respond to the latest criticism from the US, last month he released a video calling the demand to evacuate settlements "Ethnic Cleansing."