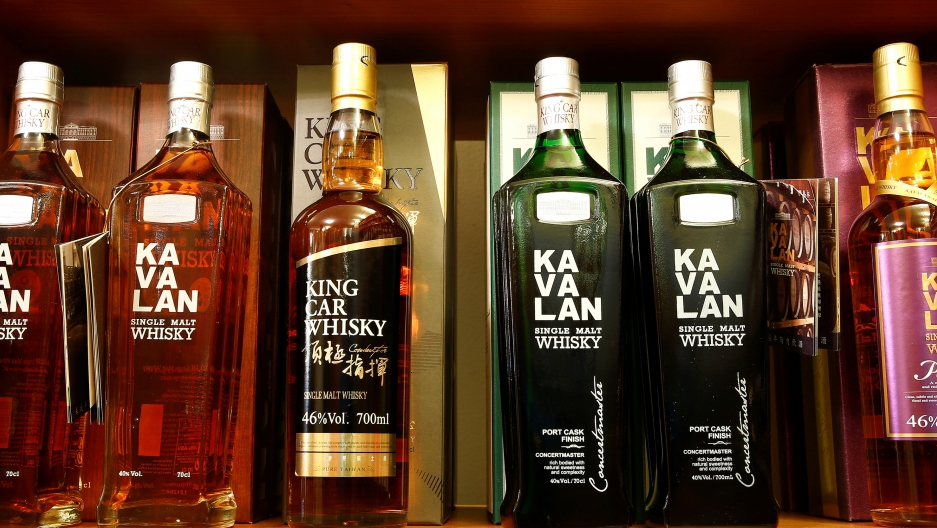 Taiwan's whisky-drinking tradition is nothing new, fueled by long business dinners and a "bottoms up" culture of throwing back hard liquor.

In 2015, it ranked as the fourth largest market by value for Scotch, behind the US, France and Singapore, according to the Scotch Whisky Association.

But now a flourishing scene of specialized bars and tasting workshops has emerged as Taiwanese drinkers become thirsty for in-depth expertise.

Helping to galvanize interest is the island's homegrown Kavalan distillery. Set among rice fields in northeastern Yilan county, it sees a million visitors a year.

"A lot of people only know how to drink, but they don't know how it is made," says CEO Lee Yu-ting, who hopes the distillery can "educate" consumers.

The brainchild of Lee's father, King Car founder Lee Tien-tsai, experts were skeptical that good whisky could be produced in such a humid climate.

But Kavalan has succeeded in wowing the international whisky circle.

It earned its global stripes by taking first place in a high-profile London blind tasting in 2010, beating four Scotches and one English malt just two years after its whisky hit the market.

And this year it scooped the "World's Best Single Cask Single Malt Whisky" at the same awards for its Solist Amontillado — named after a Spanish sherry that had previously been stored in the casks.

Kavalan has capitalized on the tropical climate to develop a method that allows it to age whisky more quickly, says CEO Lee.

That means it can hit the shelves within five years, compared with 10 years or more in traditional production regions.

"People tend to judge the quality based on its age — that's not always correct," says Lee.

"Taiwan is the new player in the whisky world." 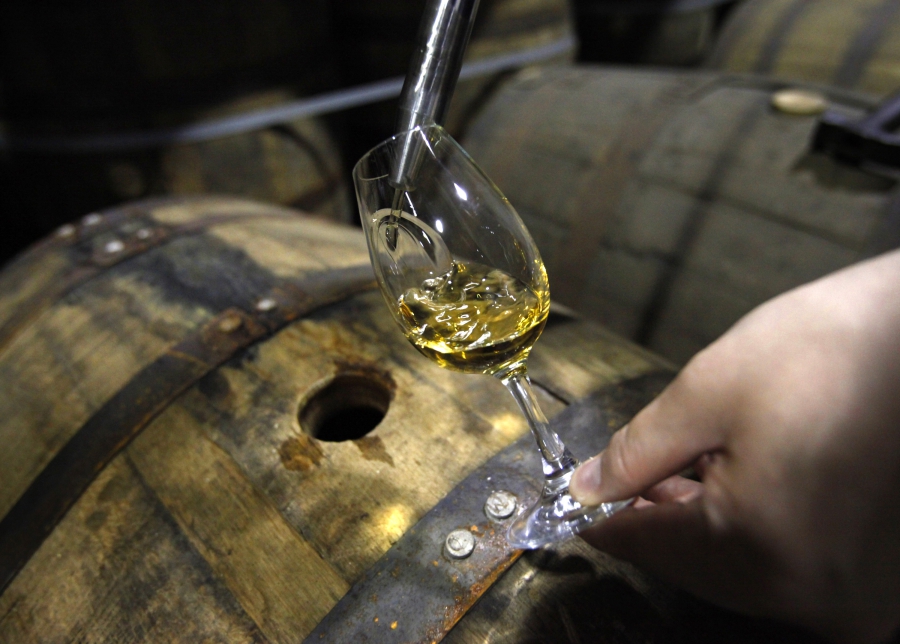 A worker pours a glass of whisky inside the Kavalan Whisky aging warehouse and distillery in Ilan, northeastern Taiwan, on February 9, 2010.

Just over an hour away from Kavalan's distillery, in the capital Taipei, a growing number of specialist bars are a testament to the island's burgeoning whisky scene.

Tucked away in a quiet alleyway, "L'arriere-cours" welcomes a steady stream of customers on a rainy Tuesday night.

Neatly dressed in dark grey waistcoat and bow-tie, bar manager Peter Huang says the Taiwanese have experienced an "awakening" when it comes to how they drink.

"Drinking used to be pervaded by the 'gan bei' culture," he told AFP, which means draining a glass in a single swig, a drinking style often encouraged in Asia whether at a business dinner or at a private karaoke room with friends.

"Consumers are becoming more curious about what they're actually putting into their stomachs," said Huang, attributing the trend to a proliferation of tasting workshops held by bars and local experts.

Stocked with more than 400 bottles, from Scotches to Kavalan to India's Amrut, "L'arriere-cours" does not have a set drink menu. Instead, bartenders chat with customers to determine what to serve them.

The bar food also reflects its whisky obsession — slices of chicken, more traditionally marinated in Chinese rice wine, are instead soaked in whisky from the Scottish island of Islay.

For regular Mike Su, 35, the personal approach and wide selection have won his loyalty.

"You can try each kind one-by-one to find the drink you like, most suited to your mood that day," said Su, who works at a technology equipment distributor. "It is finding pleasure through experimenting."

"In my judgement, there are more malt whisky connoisseurs in Taiwan than any other country I have visited," he tells AFP.

MacLean has followed Kavalan's rise from the beginning — it was he who arranged the London tasting where it first rose to international prominence.

He describes the brand as "consistently excellent".

"Of course it is not better than Scotch - or any other non-Scotch whiskies — it is different, made with the same care and attention as other whiskies are."

While MacLean says Taiwan still has to catch up with its more established competitors, it is now on its way.

"It is too soon to describe Taiwan as being in the top whisky regions in the world," he told AFP.  "But it already has a reputation."