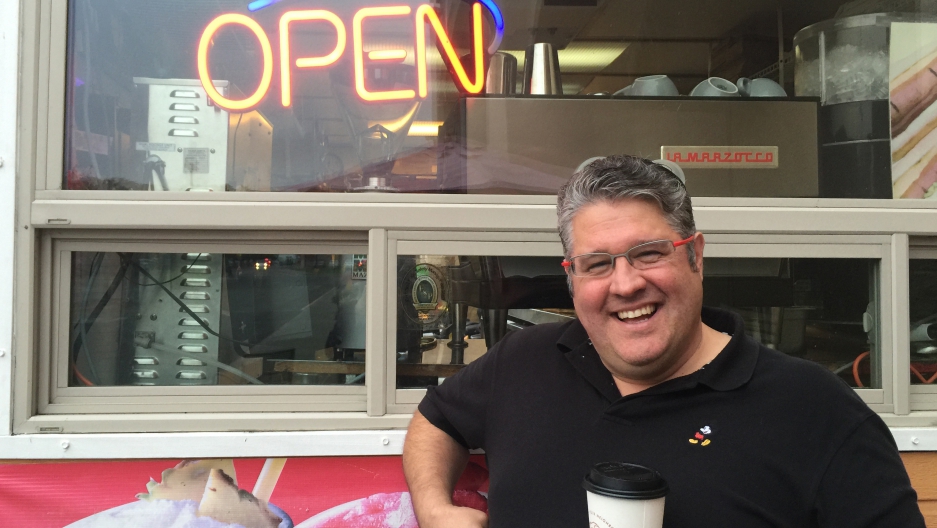 Chris Tara-Browne was a coffee magnate in Siberia. Now, he's starting over again in California. His new venture, CaféUnity, is going in in what was a hot dog stand in Rohnert Park.

Chris Tara-Browne is sitting at a patio table under the awning of a Home Depot in Rohnert Park, California, holding a business meeting.

He and his assistant manager are discussing plans for his new venture, CaféUnity, where he plans to sell third wave coffee, artisanal sandwiches and killer tacos. But right now the modest hot dog stand facing the parking lot next to them still bears its old name — Chuckles Snack Shack.

The last time I met Tara-Browne was 10 years ago, under different circumstances. We were in the middle of Siberia, and I was a customer at his popular cafe: Traveler’s Coffee.

See, Tara-Browne, a California native, is already a coffee king in Russia.

He opened his first coffee shop in Siberia’s largest city, Novosibirsk, back in 2000. Within 15 years, Traveler’s had become a chain with more than 100 branches, spanning from Ukraine to China. For coffee addicts in Russia or expats like me, Traveler’s was a godsend.

“The coffee situation was brutal,” he says. “It was awful.”

Tara-Browne didn’t know anyone when he arrived in Siberia. He didn’t even speak Russian. He made the trip on a whim. It was 1994, just two years after the Soviet Union dissolved. At the time, Tara-Browne was 25, a struggling music producer living in San Francisco.

“I said, 'I gotta leave this place.' I sold my Honda Civic, sold my compact disk collection,” and took off for Siberia.

“As I was on this trans-Siberian train, I was like, ‘This is where I want to be.’”

Tara-Browne ended up meeting a Russian woman, getting married and finding work with another American, an entrepreneur who opened Siberia’s first pizza parlor.

Then one day, he walked into an Irish pub in downtown Novosibirsk and ordered a cappuccino.

“[The machine] spat out this black liquid and I was like, that sucks. And it was one of those moments," he says. Inspiration struck. "Three steps out of this place I'm like, coffee house! And at that point, I was possessed.”

But to most people, bringing gourmet coffee to Siberia sounded like business suicide. Russia has traditionally been a tea-drinking country, and in 2000, the average salary hovered around $400 per month. At $3, a cappuccino was a luxury.

Tara-Browne, however, saw a Russian public hungry for international goods — a little cosmopolitanism after so many years behind the Iron Curtain.

Business took off, but between Russia’s volatile economy and Siberia’s brutal climate, it wasn’t easy. Tara-Browne recalls one winter when his first 10 stores were almost out of beans. His roast master told him they couldn’t get the shipment off the train because the crane wouldn’t work when it’s minus 40 degrees. 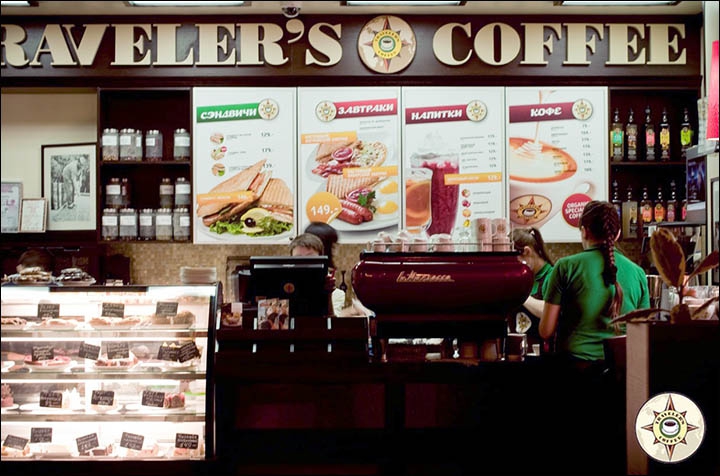 Here's a glimpse inside a Traveler's Coffee house in Russia.

By 2015, Tara-Browne had created one of the largest coffee chains in Russia and turned Novosibirsk into a version of Seattle, with its own coffee roastery and barista school.

So why did he leave?

“I was just tired,” he tells me. “I can’t tell you how hard it is to go through a crisis, it’s just brutal.”

When pressed, Tara-Browne adds that there were some internal issues as well.

“A former partner of mine got in his mind that he needed the assets more than we did, and started ... forging documents and doing a bunch of really insane things. And he's striving to take over the company,” he says.

Tara-Browne insists his departure isn't a case of politics Russia-style: a polarizing Western businessman being pushed out in favor of native talent. He says he was already planning to come home.

Nonetheless, it’s been … an adjustment.

“It's definitely difficult because, you know, people knew me [there], and it was kind of a cool thing,” he says. “I was kind of a rock star.”

Here, he’s more like Rip Van Winkle. After all, San Francisco has also changed a lot in the past 21 years. Today it’s an epicenter of the artisanal coffee movement — a scene Tara-Browne feels is due for a correction.

“The coffee movement has gotten way too 'foofy,' too hipster,” he says. “If you don't know what the Yirgacheffe Amaro Gayo direct lot is, it's like, you shouldn't be ordering here.”

That snooty vibe won’t be a problem here at the mall in Rohnert Park, he says. If there’s one thing he’s bringing back home, it’s Russian hospitality.