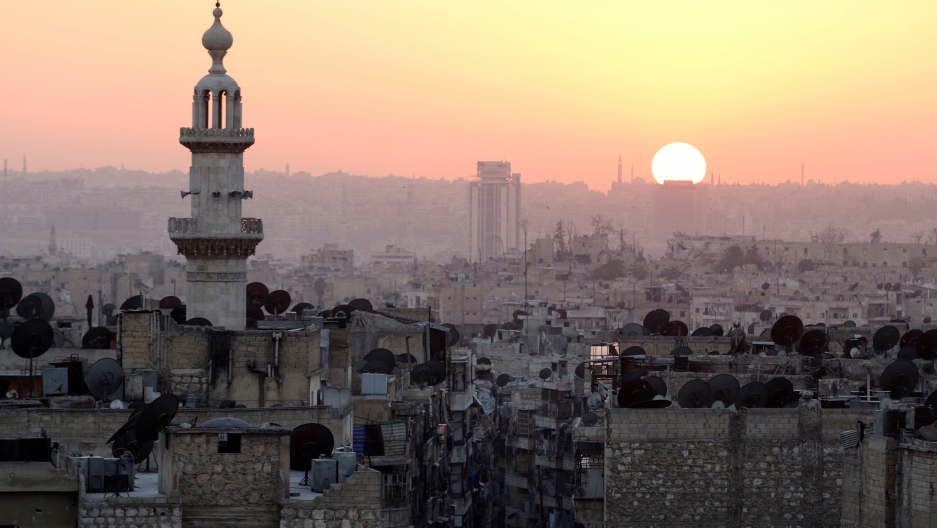 Sunset from the rebel-held section of Aleppo, which has been under siege for more than a year.

For former residents of Aleppo around the world, coping with news from home is a constant trauma. But one group of Aleppans has found a way to come together to remember the city as it used to be: A Facebook page calling itself the "National Archive of Aleppo" has become a poignant gathering place for people who want to share positive memories of the Syrian city.

Each day group members upload new photographs of landmarks, buildings and famous Aleppans from before the war, often with a question to provoke discussion. "Where is this mosque? And what's its name?" or simply: “Good morning from Aleppo.”

The city of Aleppo has been a symbol of Syria’s nearly six years of civil war and tragedy. Divided between government and opposition-controlled sections, much of the city is in ruins. Now, residents and former residents who are exhausted with images of bloodshed can check in, comment and share memories. Politics and the war are usually not discussed directly.

BBC journalist Lina Shaikhouni is from Aleppo, and has watched the page evolve from a historical project into a community.

“It’s a page to reminisce about the rich history of the city,” she says. “They have [photographs of] everything from personalities and buildings to pistachio nuts, which are a symbol of Aleppo. The consistent feeling is of longing. Longing to go back in hope, longing to go back to Aleppo at some point. It’s a kind of heartbreak.”

Recent postings from the page show everything from the winner of a 1958 beauty contest (complete with trophy) to photographs of the souk market, family portraits from the late 19th century and a photo of one of the great innovators of Arabic belly dance.

For members of the diaspora like Shaikhouni, the archive provides one of the only ways to reconnect with a community that has been scattered and traumatized.