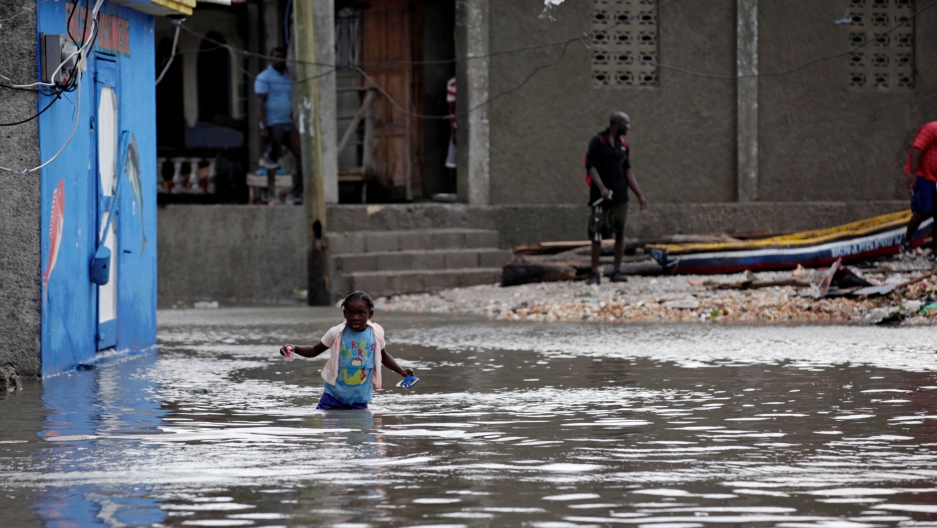 A girl trudges through a flooded area after Hurricane Matthew in Les Cayes, Haiti.

Hurricane Matthew, the Caribbean's worst storm in nearly a decade, barreled toward the Bahamas Wednesday after killing nine people and pummeling Haiti and Cuba.

Far to the north, the first evacuations were ordered in the United States as coastal residents prepared to escape the approaching monster storm, expected off the East Coast later this week. 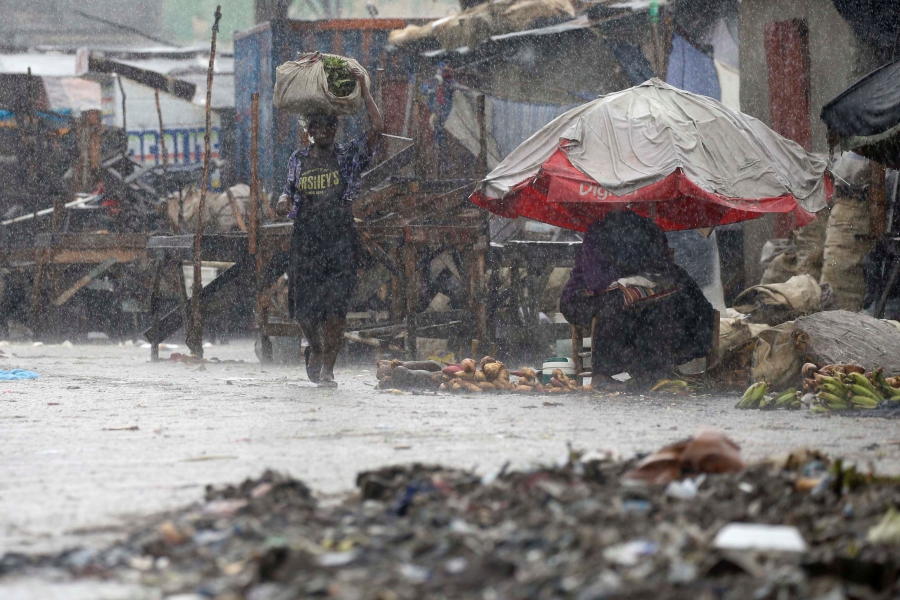 A woman walks down a street while Hurricane Matthew passes through Port-au-Prince, Haiti.

In Haiti, severe flooding and devastating winds caused untold damage to the Americas' poorest nation, where officials were still largely unable to communicate with the country's hard-hit south, where telecommunications had been disrupted.

Meanwhile, the collapse of a bridge cut off the only road linking Port-au-Prince to the peninsula that makes up southern Haiti, compounding the isolation caused by the storm.

A partial assessment of the damage in Haiti indicated that 14,500 people had been displaced and 1,855 homes flooded. Those numbers were expected to increase dramatically once communication is re-established with the area. 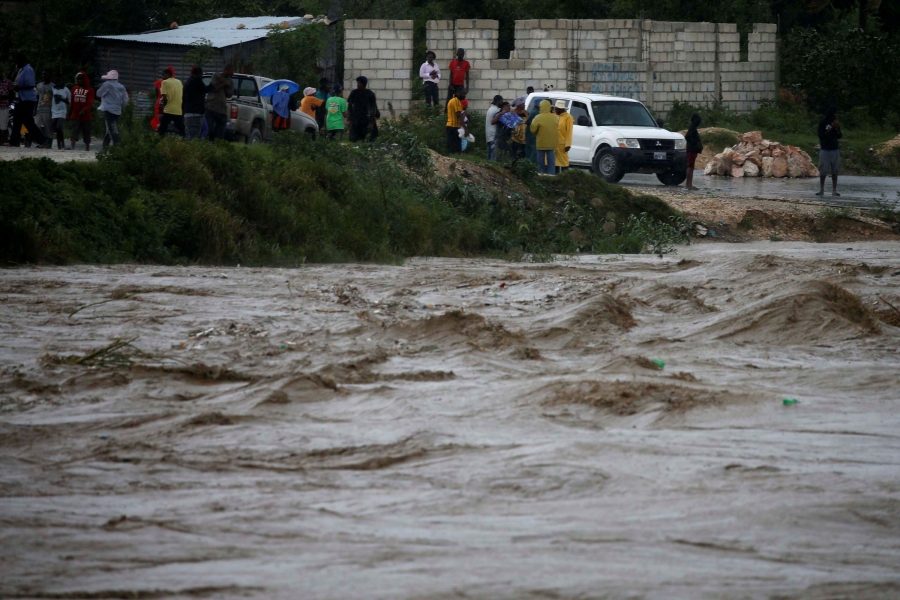 People inspect the rising water level of a river due to the rains caused by Hurricane Matthew passing through Port-au-Prince, Haiti.

Next in line, Cuba was hit late Tuesday afternoon when Matthew made landfall on its eastern tip. The storm's center has since moved northeast of the island, and is heading north 10 mph toward the Bahamas, the US National Hurricane Center said.

Americans meanwhile girded for a taste of nature's fury, with Matthew forecast to strengthen again over the next couple days.

Florida and South Carolina, as well as parts of North Carolina and Georgia, have declared states of emergency. South Carolina said it would start evacuating 1.1 million people from its coast Wednesday and try to get them inland. 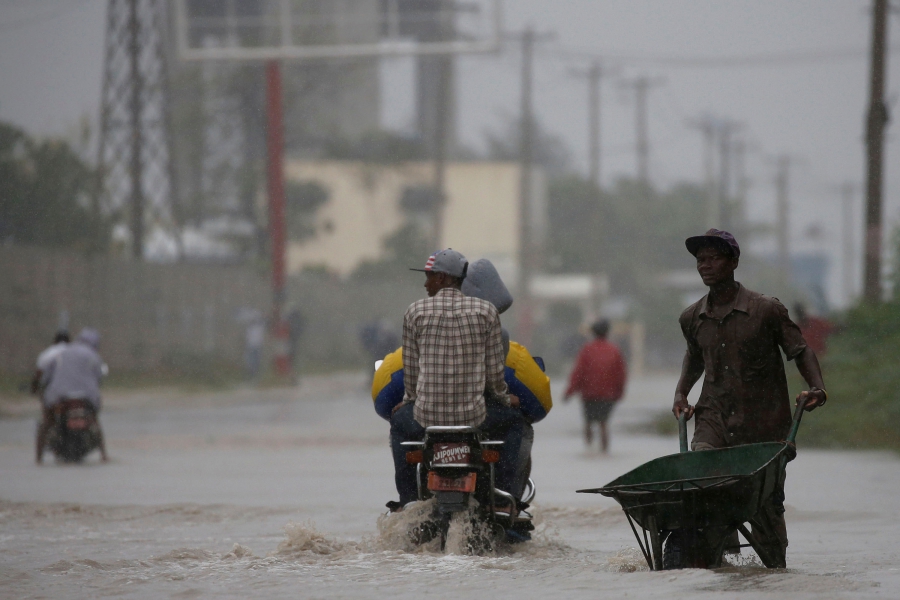 A man pushes a wheelbarrow as he wades across a flooded street while Hurricane Matthew passes through Port-au-Prince, Haiti. 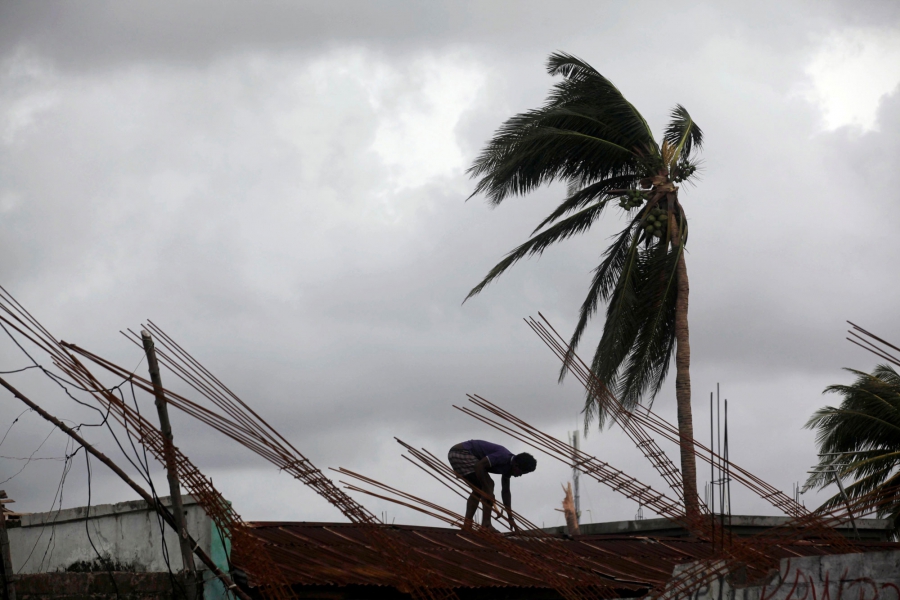 A man fixes a roof of a partially built house after Hurricane Matthew in Les Cayes, Haiti. 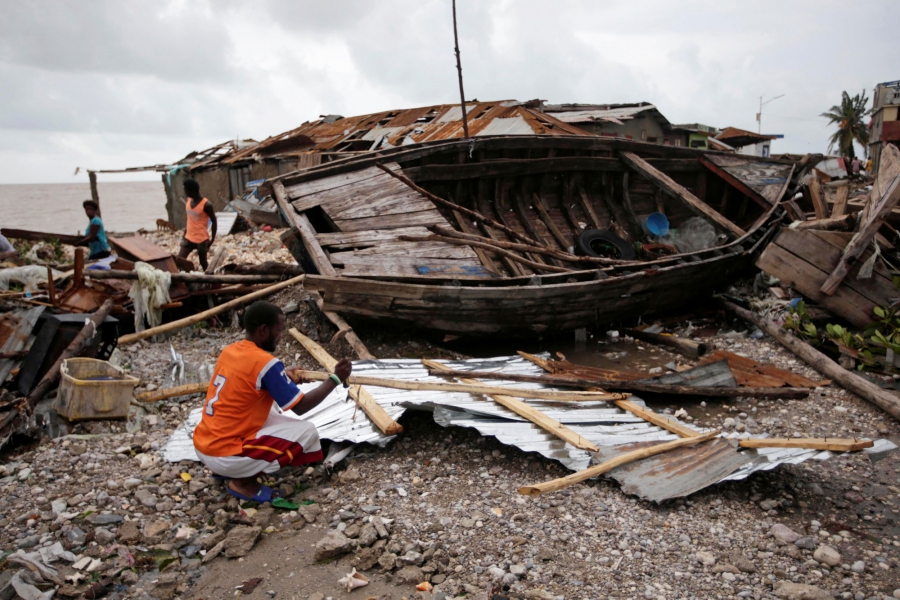 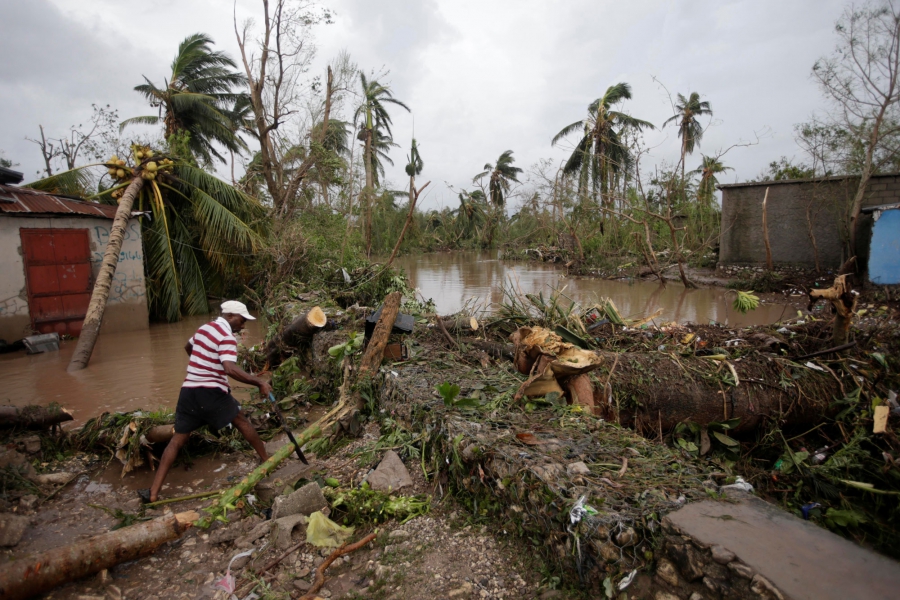 A man cuts branches off fallen trees in a flooded area by a river after Hurricane Matthew in Les Cayes, Haiti. 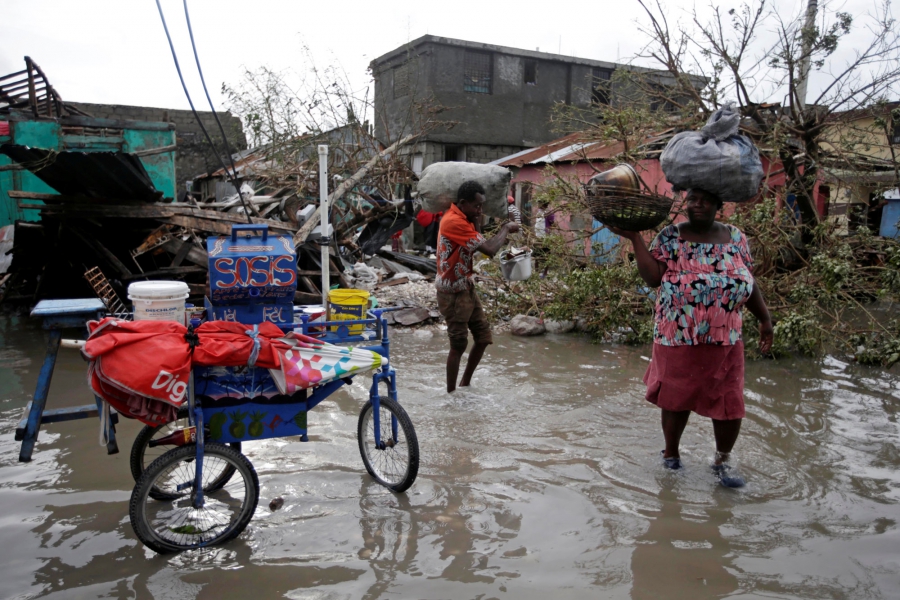 Residents amble through a flooded area after Hurricane Matthew in Les Cayes, Haiti. 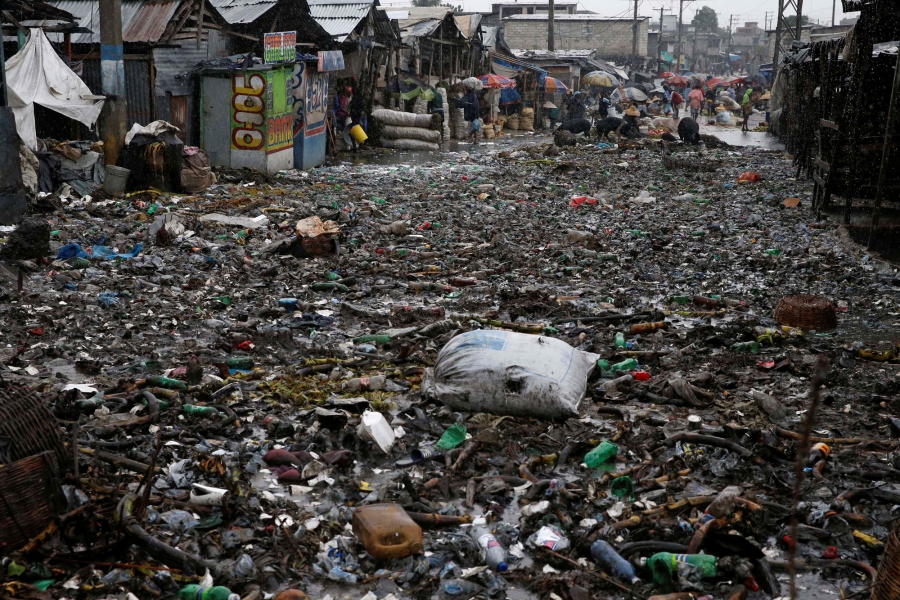 People wade across a flooded street while Hurricane Matthew passes through Port-au-Prince, Haiti. 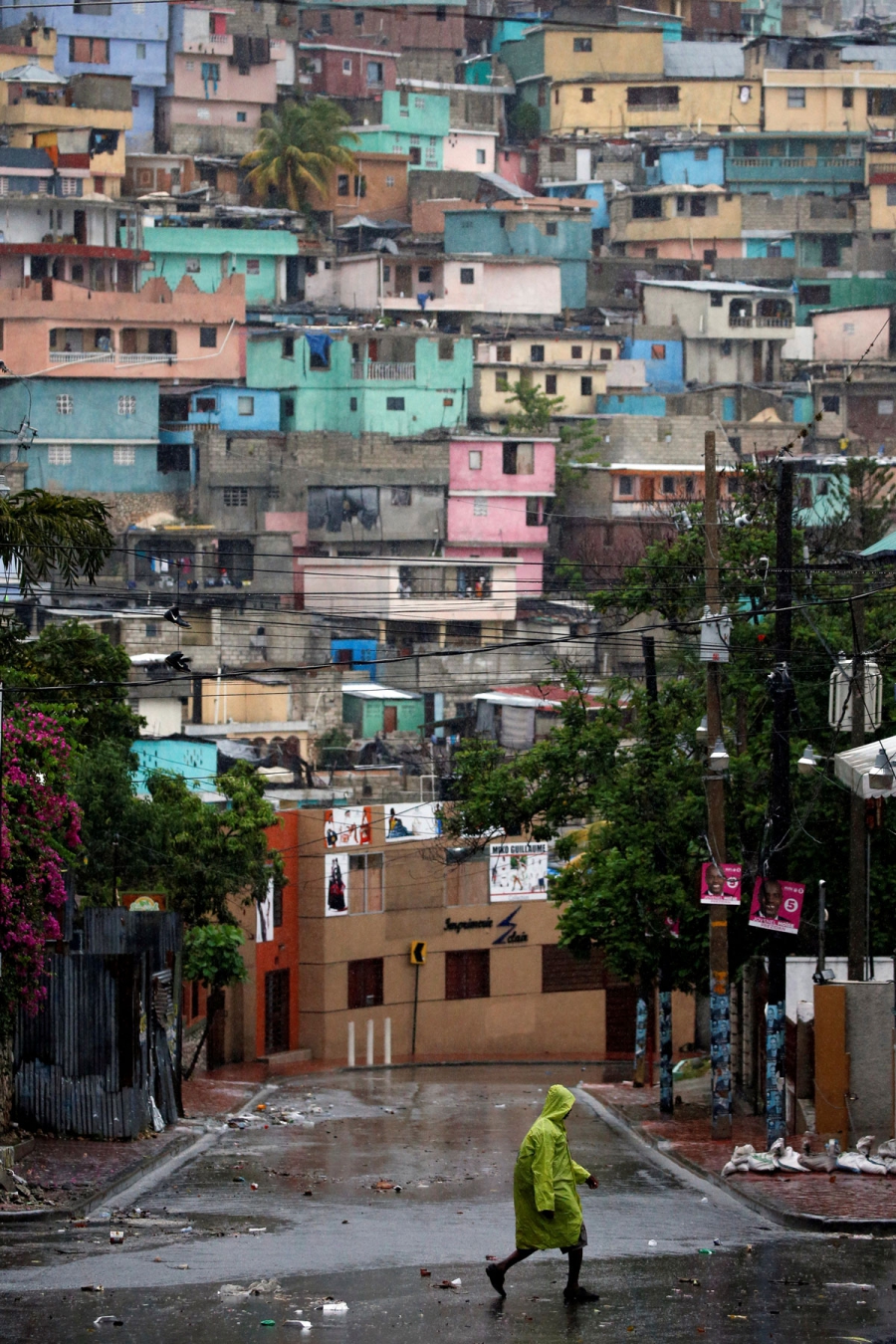 A man walks down the street while Hurricane Matthew passes through Port-au-Prince, Haiti.