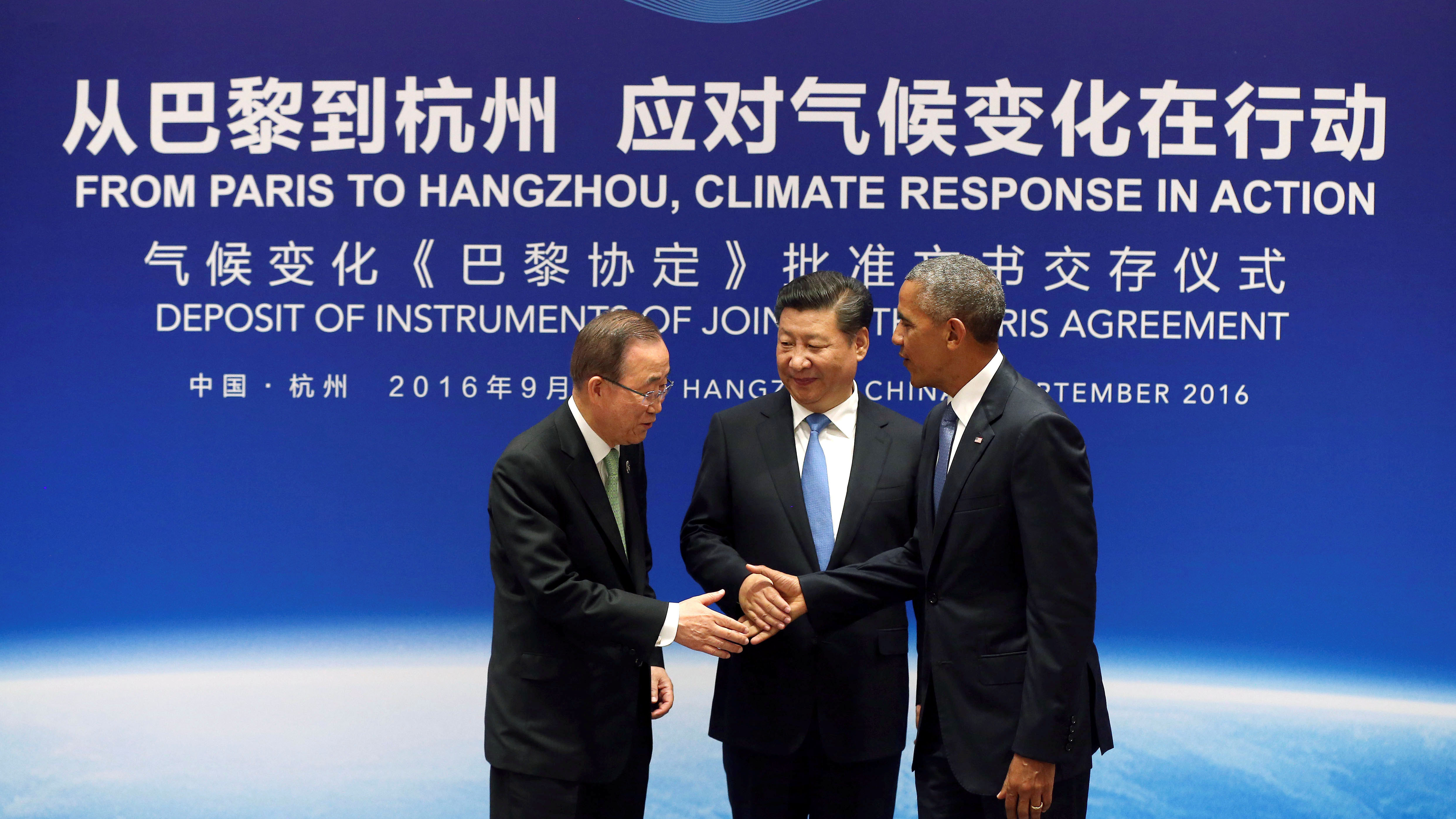 The wheels of international diplomacy usually turn very slowly, but things have moved fast this year on one major diplomatic effort — the global climate deal negotiated last December in Paris.

The agreement calls for countries to work together to keep the rise in global temperatures to two degrees Celsius above pre-industrial levels, or about one degree C beyond the warming that's already happened.

It's a heavy lift, but the effort got a big boost Tuesday when the European Parliament formally approved the Paris deal.

The EU approval means that the Paris agreement will go into effect in just a few weeks — years ahead of what was originally expected.

“Today the world meets the moment,” President Barack Obama said after the vote by the EU. “And if we follow through on the commitments that this Paris agreement embodies, history may well judge it as a turning point for our planet.”

The accelerated clock on the deal began with a late change to the text in Paris last December.

In earlier drafts, the start date for the agreement was January 2020, but that date was quietly dropped from the final version. Without an official start date, the default was for the agreement to go into effect 30 days after it had been formally adopted by enough countries — enough in this case being at least 55 countries representing at least 55 percent of global carbon emissions.

After Paris, outgoing UN Secretary General Ban Ki-moon made formalizing the deal one of his top priorities before leaving office at the end of this year. When the US and China — the two biggest carbon emitters — formally signed on this summer, it set off something of a mad dash for other countries to do it too, culminating with Tuesday's vote by the European Parliament.

There were at least a couple of reasons behind Ban’s urgency. One was the urgency of the climate crisis itself, which is getting worse and harder to roll back by the day. Another was the US presidential election. Republican candidate Donald Trump has repeatedly claimed climate change is a hoax — despite his denial of that climate denial in the first presidential debate — and has vowed to repudiate the Paris deal if he's elected.

But with the US already officially signed on and the agreement going into effect before he takes office, the US is formally locked in for several years. As president, Trump could refuse to participate, a big wrench in the agreement’s works, but having it already in effect puts something of a brake on any US exit, providing time for perhaps a more sober reassessment of Trump's climate policy.

If, on the other hand, Hillary Clinton wins in November she's pledged to embrace the deal and forge an aggressive policy on climate change.

Of course all of this comes with a reality check. The Paris deal doesn't actually require countries to cut their emissions. Instead, it requires them only to make specific pledges to cut their emissions, and revisit those periodically, while allowing other countries to monitor each other’s progress. Essentially it puts in place what the drafters hope will be something of a race to the top on climate action, with countries competing to clamp down further on carbon emissions as the problems pile up and the costs of new technology come down.

In practice, no one knows exactly what lies ahead. Here in the US there’s a lot riding on the fate of Obama’s Clean Power Plan, the cornerstone of his administration’s strategy to meet its Paris commitments. The plan would clamp down on carbon pollution from power plants, but it’s been held up in the courts.

If it’s ultimately struck down, a Clinton administration would have to virtually start over on climate policy. If it’s upheld, Clinton would have a running start.

A Trump administration likely would not mourn the demise of the power plan, nor look for another way to meet its goals.

Lurking on the margins of the debate, though, is the long-politically poisonous idea of putting some kind of price on carbon pollution, through either a carbon tax or a pollution cap and trade program.

Regardless of who becomes president, the climate crisis will continue to get worse, and the need for action will grow. The primary argument against a carbon price has long been that it would put the US at a competitive disadvantage, but that argument is quickly losing steam. Most of our biggest trading partners already have or have committed to some kind of carbon pricing mechanism — Europe, Mexico, Japan, even China has committed to experimenting with a carbon tax. And just this week our biggest trading partner, Canada, announced it would adopt a national carbon tax in 2018.

So just about everyone else is moving on climate action. And right now it's the US that's falling behind.

Related: The Paris climate deal won't save the world, but it does give us a chance