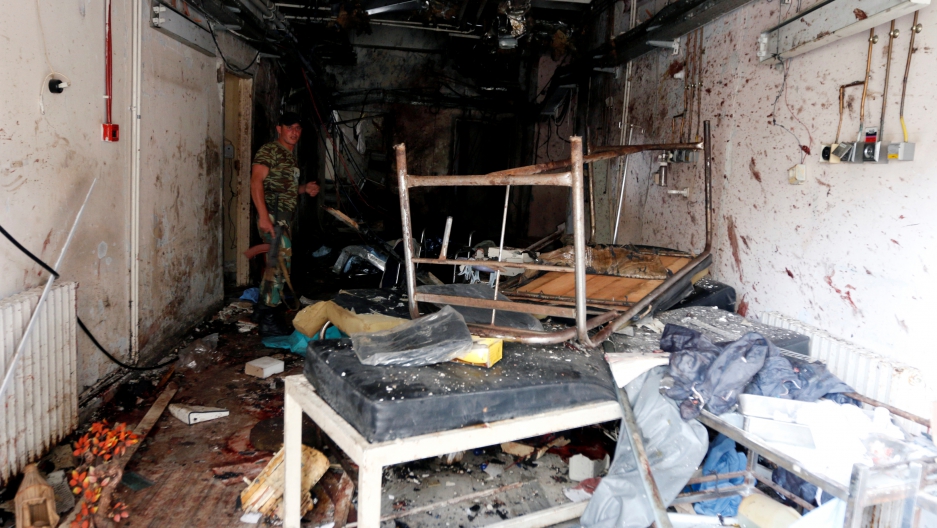 A Syrian Army soldier inspects a damaged emergency room inside National Hospital after explosions hit the Syrian city of Jableh in May.

As the brutal civil war in Syria grinds on in its fifth year, it's clear that civilians have borne the brunt of the tragedy.

But people like Michael Beshara, a Syrian American who lives in upstate New York, argue that the Western media's portrayal of the war in Syria glosses over the human tragedy in government-controlled areas.

Beshara thinks US media outlets consistently ignore rebel attacks on the outskirts of Damascus, including indiscriminate shelling of neighborhoods, injuring non-combatants. He argues that last May, when ISIS forces went on a bombing spree that killed more than 70 people in the coastal cities of Tartus and Jableh, the Western media coverage was muted.

Beshara's relatives in Syria are Christian. He worries about his extended family and friends living through the conflict there.

"If the Islamists take over, then all the religious minorities in Syria will be oppressed, they'll be second class citizens," he says. "I wish for the Syrian people to get the greatest chance at liberty and that's not going to happen with this revolution and Islamic rebels."

Beshara says he is not an Assad supporter, although he supports the army and views the vast majority of rebels as "terrorists."

"My hope for Syria is that it can create a national unity government, and guarantee a constitution where everyone has equal rights and pure secularism," he says. "When it's secular, it won't be like Saudi Arabia, where a woman can't even drive for example, and where Christians are clearly second class citizens."