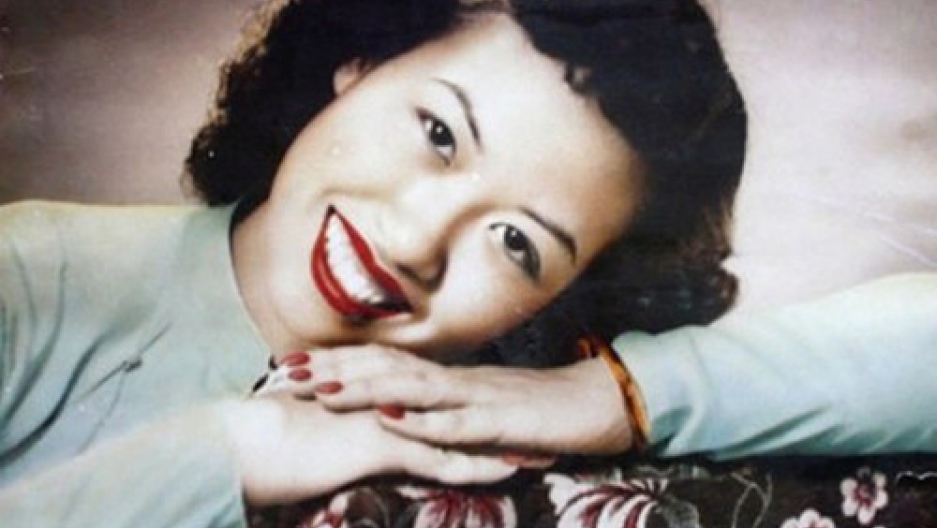 Many Americans who served in the Vietnam War remember one particular voice crackling out of their radios:

"This is Thu Huong, calling American servicemen in South Vietnam. How are you, GI Joe?"

Hers was one of the most recognizable voices broadcasting propaganda in English from North Vietnam during the war. Trinh died Friday in the city once known as Saigon, now Ho Chi Minh City.

Thu Huong means "autumn fragrance." Fall was her favorite season growing up in Hanoi. She chose the name as it was easier for foreigners to pronounce than her real name, Trinh Thi Ngo.

Her job during the war was to demoralize GIs.

“It seems to me most of you are poorly informed about the going of the war, to say nothing about a correct explanation of your presence over here,” she said in a 1967 broadcast. "Nothing is more confused than to be ordered into a war, to die or to be maimed for life, without the faintest idea what's going on. … Isn't it clear that the warmakers are gambling with your lives while pocketing huge profits?"

Hanoi Hannah was hated by some US troops in Vietnam. After her death, we asked a virtual community of veterans The World keeps in touch with for their recollections. The question triggered some hostile reactions, a few of which are unrepeatable here.

That hostility was recognized by Robin Williams and the writers of the 1987 movie, "Good Morning, Vietnam," who described her as the "Wicked Witch of the North" and a "slut."

“I had a videotape of 'Good Morning Vietnam,'” Trinh told C-SPAN in 1992, “so I know a little bit about the reaction of the GIs." She laughed.

Other reactions were derision or amusement. Army veteran Robert Frary, of Bellevue, Washington, texted us: “I was in Bhin Thuey 1969-1970. Hanoi Hanna was hilarious. Her broadcasts advised we poor misguided young men to rise up against our military oppressors and join the Freedom Fighters (Viet Cong) as they were ridding the country of the capitalist evildoers. Her appeals would, IMO, make a good SNL skit. It seemed so surreal at the time.”

Rick Lincoln of Carver, Massachusetts, wrote: “I remember hearing her voice on the radio while stationed in the Delta. What she said often made me think for a bit. But, then we would all laugh, have another beer, and put the music back on. This was in 1965.”

But it wasn’t all just heavy-handed propaganda.

Radio Hanoi pulled in GIs in the simplest way: through music. The latest anti-war songs were always a favorite.

GIs also tuned in because they were bored or starved of news. They quickly learned not to trust their own Armed Forces Radio.

But then sometimes US soldiers like air cavalry Capt. Scott Lyman would hear an item targeted at them specifically.

Here's Lyman talking in a documentary for PBS station KUED: "She would broadcast to the people that Capt. Lyman and his Blue Diamond Devils would be in the area that day and that people who picked me up would be rewarded for doing so. And she put a price on my head of 500,000 piastres, I think it was, because we had done some damage to their people."

Lyman and others said they would laugh and throw beer cans at the radio if their unit or location got a particular mention.

But intelligence like this could also freak out soldiers and Marines.

It was only after the war that Trinh revealed that the main source of this "intelligence" was the US military's own paper, Stars and Stripes, along with Time and Newsweek.

Hanoi Hannah may also be known to a younger generation through video games like "Battlefield Vietnam" and "Bad Company 2." Here's a clip:

Trinh Thi Ngo was an unlikely revolutionary. She was born into a wealthy family in Hanoi. As a child, she fell in love with Hollywood movies. One in particular: "Gone with the Wind." Trinh begged her parents to help her learn English, so she could watch it without subtitles.

And she learned to love the language. “Frankly speaking I like English, a little better than French, I think. Because the accent sounds very musical to the ear, shall we say,” she told C-SPAN.

Trinh was never a member of the Communist Party, but she was patriotic and believed in the revolution. So she volunteered to work for the English service of the Voice of Vietnam in 1955.

She never doubted her work. “Of course, we must believe in something,” she told C-SPAN.

Most of her material was written by the North Vietnamese Army, which she translated. But she says she also did some writing.

Of her motives, she told C-SPAN: “I don’t want this war between the Vietnamese people and the Americans who are sent here to fight the war. I think it’s just not right. So I just want GIs to resist this fighting, that they don’t take part in the fighting. ... Our work is to make them believe that the war they are fighting is not just. It’s against the Vietnamese people."

Trinh spent her entire career in broadcasting, switching from radio to TV in 1976.

She long ago decided to forgive America and let bygones be bygones. “Frankly speaking, I don’t have any enmity for the Americans in general,” she said in 1992.

In fact, part of her family was in America by then. “My son is in the States. He's a painter.”