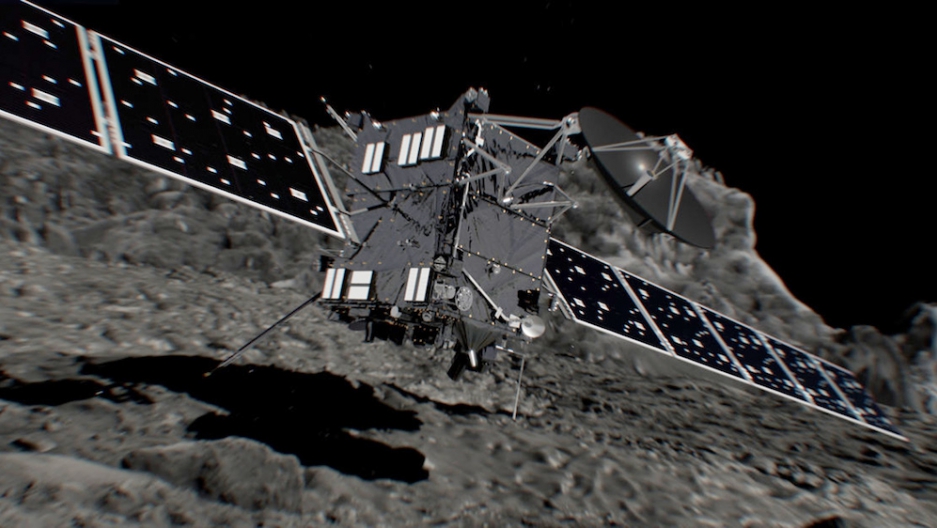 An artist's impression of the Rosetta spacecraft shortly before hitting Comet 67P/Churyumov-Gerasimenko on Sept. 30.

The Rosetta probe has been orbiting in space for years, sending information back to Earth.

But on Friday its mission came to an end.

The spacecraft, operated by the European Space Agency, crash-landed — as planned — onto a comet.

Grady is a professor of planetary sciences at the Open University in England. Friday evening, though, she was in Darmstadt, Germany, where the European Space Operations Centre is located, munching on comet-shaped chocolate cake with her teammates.

“It’s a celebration. It’s a wake," she said. "We said goodbye to a dear friend who has been with us for many, many years, with whom we have special memories, we shared special events. But they’ve gone now."

The team decided to crash-land the probe because it was solar powered, and had gone too far from the sun.

Grady says she could give a half-hour lecture on all she’s learned from Rosetta, and there would still be more to tell. But the photos that the probe sent back from the surface of the comet have proved particularly invaluable. 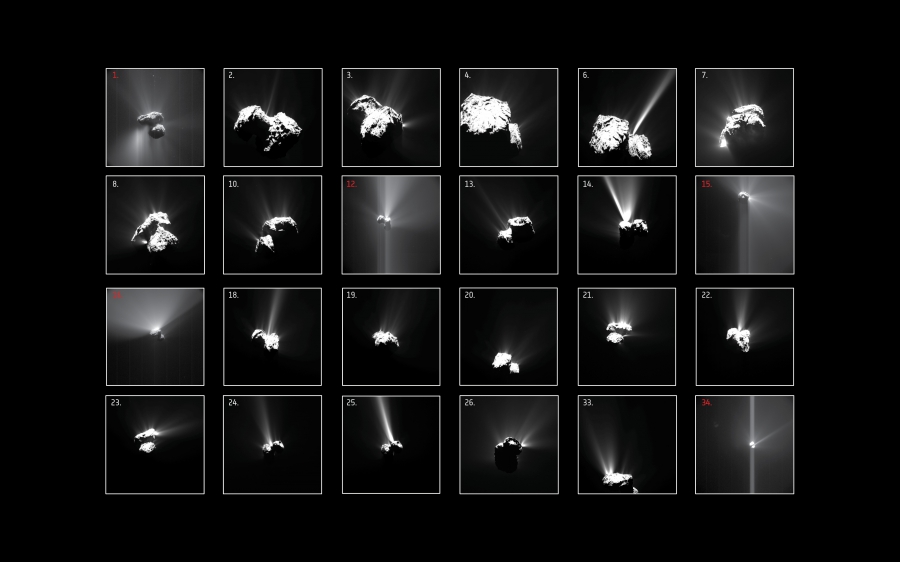 A compilation of the brightest outbursts seen at Comet 67P/Churyumov-Gerasimenko by Rosetta’s OSIRIS narrow-angle camera (white numbers) and Navigation Camera (red numbers) between July and September 2015.

“If you imagine looking at the pebbles in the bed of a river, some of the pictures that we got of the comet look like that,” Grady said. “But they can’t possibly have formed in a river because there are no rivers on this comet. Never have been. So we have to come up with a new idea of how these features have formed. And that’s really exciting, seeing the birth of a new science."

The success of the mission, Grady says, is a testament to the power of cooperation. "That’s one of the great things about the European Space Agency is that it brings nations together," she explained. "And you can say, we want to build this gizmo, and somebody from Germany wants to build that gizmo, and we exchange information. And we work together."

The party for the Rosetta probe wasn't even over yet when we talked to Grady. The music was still playing. But she and her team are already planning their next endeavors.

"What should we do next, is the feeling," she said. "And that’s what it’s like with a space mission. You never stop. You build, and carry on, and do the next mission.”