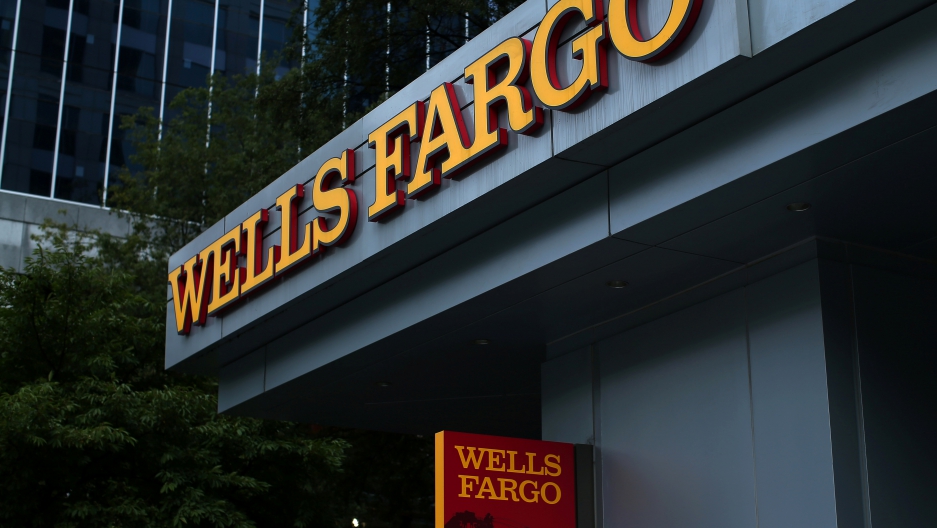 Wells Fargo has published a "vision and values" booklet since the early 1990s. It's an outline of the bank's supposed community principles.

"Everything we do is built on trust," CEO John Stumpf writes. "It doesn’t happen with one transaction, in one day on the job or in one quarter. It’s earned relationship by relationship."

Stumpf went to Washington, DC Thursday for his second congressional hearing — this time before the House Financial Services Committee. Last week he was interrogated by US Senator Elizabeth Warren after it was revealed that the bank allegedly pressured employees to open multiple accounts for customers, a tactic that led to 2 million sham accounts. Warren labeled Stumpf a “gutless” leader.

The bank has been fined $185 million, and is clawing back $41 million in stock awards from Stumpf. While Stumpf will keep his job for now, 5,300 employees have been fired, many of whom are now pursuing a class action lawsuit.

California State Treasurer John Chiang announced in a letter to Wells Fargo Wednesday that the state would suspend the bank’s participation in its “most highly profitable" business transactions for at least a year. He went on to describe the scandal as “at best, a reckless lack of institutional control, and, at worst, a culture which actively promotes wanton greed.”

Wells Fargo currently serves one in three American households and employs one in 600 US workers. Reddit recently held a forum in which Wells Fargo employees exchanged stories about how their ethics training and daily realities were inconsistent. Former employees have criticized company sales goals, which they say pressured them to deviate from ethical standards.

"Fraud is fraud," Chiang says. “They left their consumers hanging out to dry, and the fact that you have leadership that didn’t own up to its responsibilities ... didn’t portend well for all of us.”

“This is California scale — this is big,” Chiang says. “We are the largest municipal issuer in this country and we are oftentimes the first mover.”

However, he concedes that it is still unclear how much these suspensions will cost Wells Fargo.

“I don’t have a hard amount because we don’t know how much business they would have garnered in the future,” he says.

The California treasurer is hoping the state’s action will provide some peace of mind to California residents.

“What has occurred [happened] to real people. The person that is trying to make their lives work: Middle and lower income individuals that are undergoing tremendous economic struggle trying to pay their rent or electricity bill,” Chiang says.

“[Wells Fargo is] going to have to recognize the harm they committed upon individuals,” he adds.