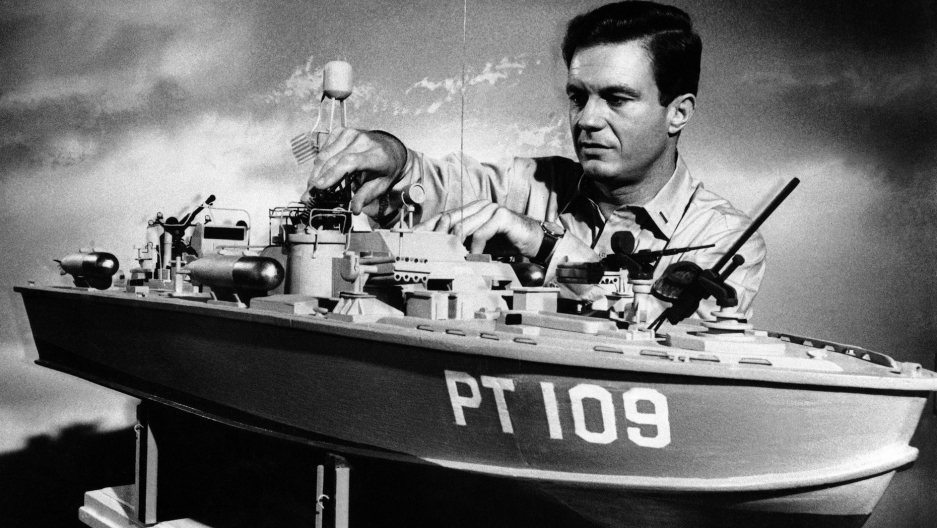 The author Neal Gabler caused a stir recently with an article in "The Atlantic" where he wrote about the plight of the middle-class by using himself as Exhibit A: In spite of being a successful author and journalist, he counts himself among the nearly half of Americans who would have trouble finding $400 to pay for an emergency.

But long before he made that brave leap to talk about his financial struggles, Gabler wrote a book on how entertainment has come to reshape reality, including politics. It's called, appropriately enough, "Life: The Movie- How Entertainment Conquered Reality."(A chapter in that book about the presidency is even named after a term that Kurt Andersen coined in an article in "The New Yorker:""Entertainer in Chief.")

Kurt Andersen: Reagan was of course the first time we elected an actor a professional Hollywood actor as president.

And that notion of "It's Morning in America" --- his famous ad from 1984--- he wanted to be the president of "feel good." And that's what movies generally do --- not all movies obviously --- but movies often leave us the sense that all is right with the world.

Who wouldn't want to go see a movie where it says, "Americans, it's morning in America. Aren't you happy?" I mean you want to enter that theater. Reagan understood that if he could make Americans feel that way, it didn't make any difference what he did in terms of substantive policy. That policy fell by the wayside in terms of this larger psychological impulse that he could generate. He'd internalized the movies. He'd internalized entertainment. He lived within it. It had in some ways colonized his own brain.

If Donald Trump becomes President Trump, what will the implications be in terms of the performative show business aspect of the presidency?

Well, we're going to have a presidency that follows the contours of Reagan in the sense that it's going to be a movie. But the movie is a very, very different movie than the one that Ronald Reagan presented, which was a genial uplifting kind of film. You know, this would be four years of a very angry, resentful kind of movie. When you see vengeance on the screen, it's on the screen, and it stays there. Vengeance in real life, in the office of the presidency, is another thing entirely.

Fifty years from now historians are going to look at this period, and they're going to be scratching their heads and wondering, "How in the world did this happen?" And the answer will be entertainment. That's how it happened.