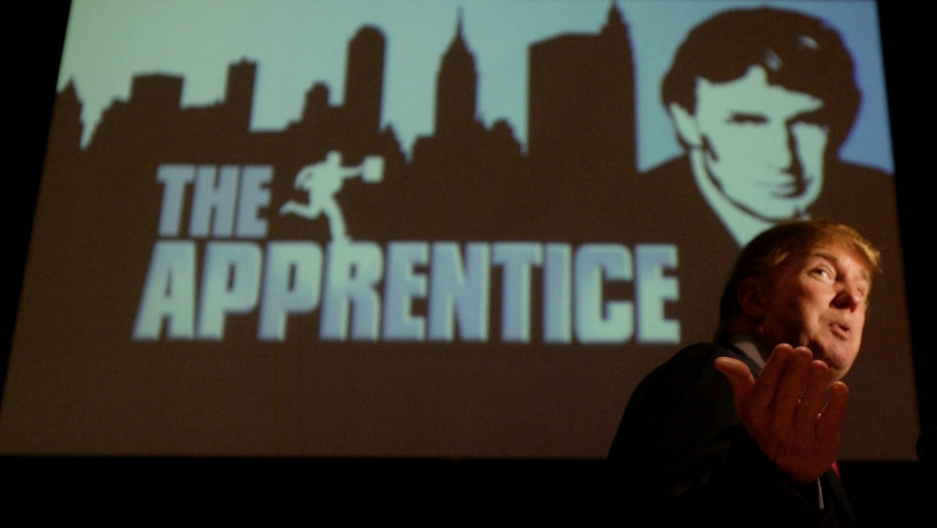 You probably know Lawrence O'Donnell as the host of the "The Last Word" on MSNBC. But earlier in his career he worked as a top aide to Senator Daniel Patrick Moynihan and staff director for the Senate Finance Committee.

He also fictionalized that world as a writer on "The West Wing." And he created an NBC show about the Senate that starred Josh Brolin, "Mr. Sterling."

O'Donnell talks with Kurt Andersen about how Donald Trump has outdone fiction writers' wildest imaginings --- and how he would go about writing a Trump as a fictional character.

Kurt Andersen: Let's imagine you're writing this script. How do you introduce Trump in a way that says who this guy is?

Lawrence O'Donnell:I think the very first words that you would hear him say would be: "To tell you the truth." Which is an invention of salesmen. Human beings don't say "to be honest with you," which Donald Trump does in every paragraph. And no other politicians do, because they understand the implication. If I say "to be honest with you," it means what I just said I wasn't being honest.

I can't imagine a character like Trump being written into "The West Wing."

And here is why: the character is not believable. If you came into the "West Wing" writers' room and said, "Here's who I want to create as the Republican candidate for president," I would be the first to say that's impossible. No one will vote for this person. And the problem for our audience is that they won't believe it. We needed our audience to believe that this could happen.

Haven't the parameters of the real world of politics been changed forever by Donald Trump?

And we've had reality television for 15, 20 years now, tutoring people in blurring that.

Reality TV is very much a part of the poison dose that American took that allowed Trumpism to occur. We underestimated the corruption of public thinking that reality TV has delivered. And reality TV is the most cynical exercise show business has engaged in --- let's take these people you'd never want to live beside, like the Kardashians. Let's take the guy who fires people,the guy who everybody in the world hates --- let's give those people shows. And let's say it's fun.