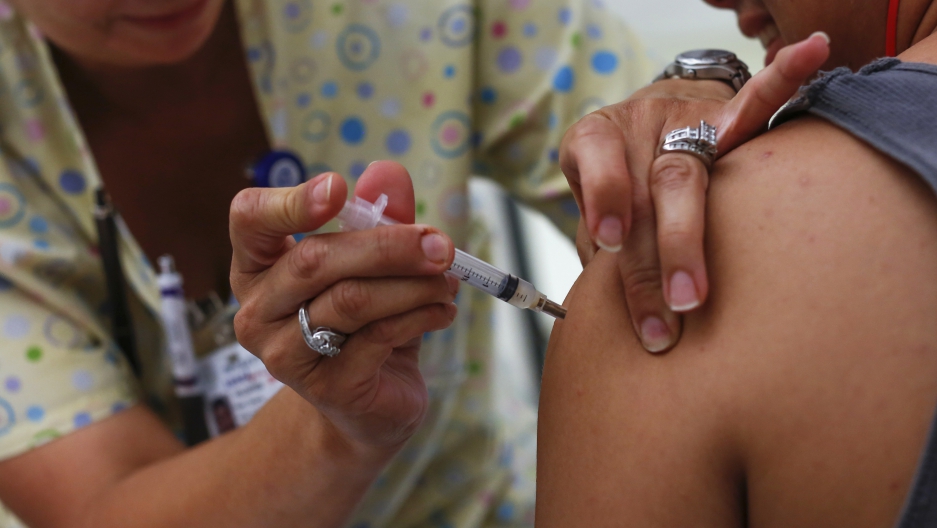 Tetanus vaccinations like this one, at Palmview High School in Mission, Texas, are harder to come by in Ukraine.

When 5-year-old Nadia Savushkina cut her leg on a tree this summer, her Ukrainian doctors cleaned her wound with hydrogen peroxide — and didn’t mention anything about a tetanus vaccine.

Three weeks later, the girl fell down and couldn’t get up again. She couldn’t eat, she couldn’t speak. Then the muscle spasms began. Her head fell back.

“For four days, they didn’t know what it was,” said her mother Irina Savushkina.

When doctors finally diagnosed tetanus, the Savushkinas were informed that medication to treat the illness was entirely unavailable in the country.

Snake venom antidotes, rabies vaccines, tetanus treatments — entire sections of Ukraine's national medicine cabinets have been running empty since the country's conflict with Russia began. While those meds are easily obtainable from other neighboring countries, they were not legally importable because Ukraine’s Health Ministry hadn't authorized it. As a result, diseases that were under control for many decades are making a comeback. 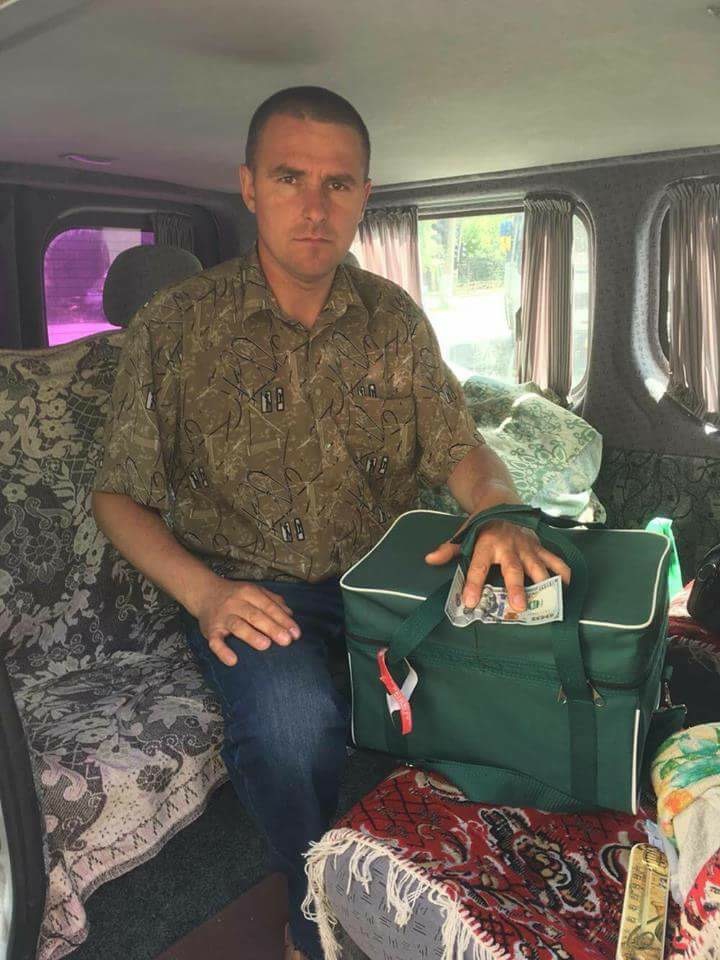 Tetanus medicine had to be smuggled into Ukraine to treat a boy this summer.

“It’s the first time I encountered this disease in my 30 years as a doctor,” said Yaroslav Gavashuk, the head doctor of pediatrics at Khmelnytskyi city hospital, who treated two children with tetanus in the last year. In each case, a tetanus antitoxin had to be smuggled across the border because the medication was not registered in Ukraine. “I had to treat them intuitively, I couldn’t ask anyone,” Gavashuk said.

The rabies vaccine, which was developed in the 19th century, was also unavailable in Ukraine for most of this year.

“We looked for the vaccine in Poland, in Romania, and in Turkey,” said Dana Novarchuk, the director of an animal control organization in the city of Lutsk, who needed the vaccine last year after she helped catch a rabid cat. “It was very scary, because we didn’t know what would happen. It took a week to find the vaccine.”

The situation was particularly absurd because Ukraine did have rabies vaccines — but for dogs, not humans, Novarchuk said. Ukrainian newspapers reported an increasing number of people dying from rabies.

The vaccine shortage is partly due to conflict with Russia.

Ukraine obtained tetanus vaccines and antidotes from Russia until the conflict broke out with the country, according to Yevgeniy Zelenko, the communications officer at the Kiev office of the United Nations Development Program.

“In 2014, procurement from Russia stopped,” Zelenko wrote in an email. “The deficit started in 2014 due to a combination of factors, such as the economic crisis, the global deficit of DTP vaccines, long production times for vaccines (up to two years), the stoppage of procurement from Russia and absence of other registered vaccines/serums with the tetanus component at the moment.”

Ukraine used to also purchase the rabies vaccine from Russia and no other supplier was licensed by the Health Ministry, Novarchuk said.

However, an additional issue may have been logistical. After the Ukrainian revolution of 2013-2014, the government decided to temporarily transfer the responsibility for purchasing vaccines to the United Nations in order to fight corruption, according to documents provided by Zelenko.

Yet the UNDP did not receive the funds to purchase the medicines and medical supplies until December 2015, according to the documents.

The Ukrainian Health Ministry did not respond to a request for a comment.

Tetanus antitoxins and vaccines used to be manufactured in conflict-torn eastern Ukraine and in Crimea, before Russia annexed it, said Yulia Klimenuk, a pharmacy employee who helped find tetanus medication for a 6-year-old boy this summer.

On its Facebook page, the ministry announced this month it had finally obtained 91,390 doses of the rabies vaccine. It is not clear for how long these will last, Novarchuk said.

The national health authority also posted a pamphlet about tetanus, to warn parents that this disease is on the rise.

But in reply, a panicked mother named Tatiana Kovalchuk, whose 4-year-old son stepped on a nail recently, asked when the tetanus antitoxin and the vaccine would become available in Ukraine.

“I don’t know what to do. Who can help me?” she wrote. “Every day I worry and I cry that something might happen to my son.”

As for poor 5-year-old Nadia, she's still in the hospital. She can eat on her own now, but can't walk. Doctors say she will be OK but it will take some time.

This story has been updated with comments from the United Nations Development Program's office in Kiev.