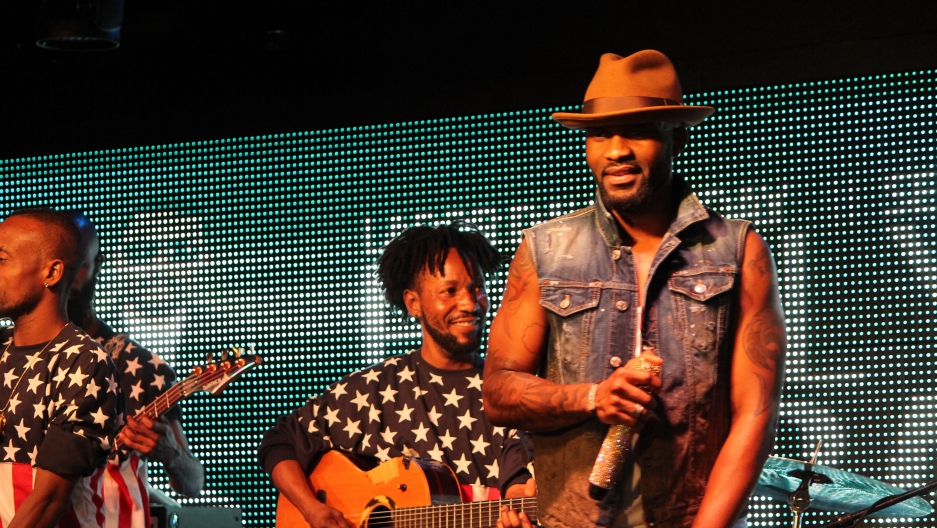 All over the world, the music business as we know it is crumbling. But in the Democratic Republic of the Congo, musicians have found a new (and very old) method of survival.

“The world of intellectual property rights, internationally, it’s a very precarious world,” says John Nimis, assistant professor at the University of Wisconsin-Madison. “Piracy is rampant everywhere, and there’s a lot of doomsday talk of the end of the recording industry as we know it. But, if there is a ‘music industry apocalypse,’ Congolese musicians are going to be just fine.”

That's because “They’re not relying on all the complex laws and technology, digital rights management ... any of that stuff that everybody else is so scared will go away," Nimis says.

Congolese artists use a technique called libanga in which they give shout-outs to rich and powerful people in their songs. But, unlike other sponsorship systems, there is no formal arrangement between the artists and millionaires who fund their recording careers.

Rather, the artists appeal to these wealthy people, often in the form of love songs, weaving sponsors' names into the lyrics. Although the artists make references to both men and women, the songs tend to be written from the perspective of a woman speaking to a man.

For example, the following song, translated by Nimis, goes: "My darling walks like an extraterrestrial/My Laurent is beautiful, my dear/His sweetness surpasses that of a bee's honey/If death comes, I'll beg that it come back another day/When I'm together with him even one time a year/The feeling lasts eternally."

If the number becomes a hit, Lorenzo — and other elite members of Congolese society — will feel compelled to reciprocate with gifts of money, cars and even houses. So, in one of the poorest countries in the world, the use of libanga helps popular musicians to stay afloat.

“Libanga is this really miraculous, ingenious response — innovation basically — as to how the recording industry is financed,” says Nimis, who has studied music and the Lingala language in Kinshasa, the capital of the Democratic Republic of the Congo and the center of the Congolese popular music industry.

“These musicians make almost no money from CDs, because piracy is so rampant, and the government has no ability to enforce copyright law, and they don’t really make much money from concerts. The real way they have ongoing material support — it’s not royalties, it’s not intellectual property rights — it’s having these rich people in their pocket, or being in the pocket of the rich people; however you want to see it.”

Kinshasa has been in turmoil since President Joseph Kabila delayed elections originally scheduled for November 2016. His opponents fear he will try to remain in power past his term, which ends in December. Protesters calling for Kabila to step down after his term ends are on the streets every day, and they are often met with a violent police response.

Because of their ties to the elite, Congolese musicians mostly steer clear of direct political statements in their music, or simply hedge their bets with the most powerful. Legendary Congolese singer Franco Luambo Makiadi was very close with dictator Mobutu Sese Seko, and this link helped keep him alive, comfortable and making music throughout the lean years of Mobutu’s reign.

That’s how the music business works in the DR Congo.

This story is based on an episode of Afropop Closeups, a new podcast from Afropop Worldwide, a PRI-distributed radio program that has shared stories and music from Africa and across the African diaspora for the past 27 years. In Afropop Closeups, producers are giving voice to musicians, scholars and people across the world who are responding to extreme situations including violence, war and cultural oppression. Listen on Soundcloud, or on the Afropop Worldwide podcast feed.