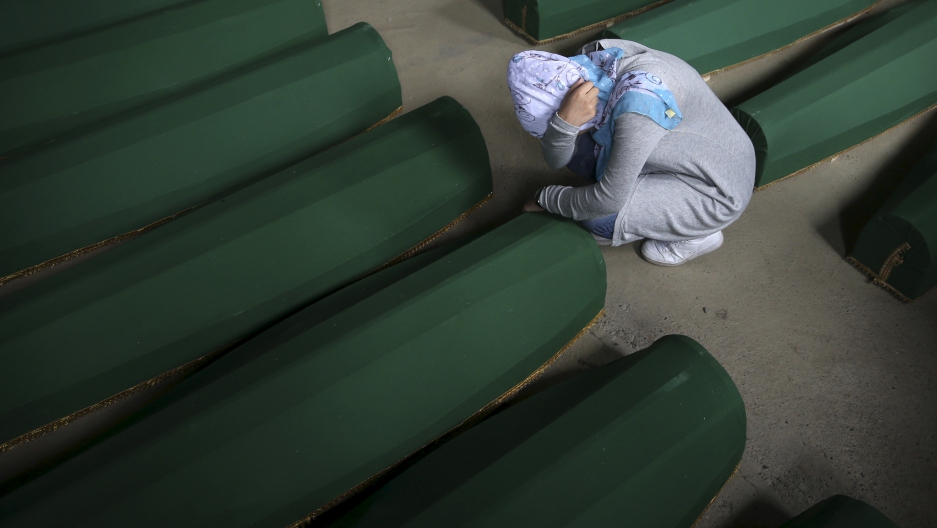 A Muslim woman cries near the coffin of her relative among the 136 newly identified victims of the 1995 Srebrenica massacre lined up for a joint burial in Potocari, Bosnia and Herzegovina July 9, 2015.

This email came into my inbox from a reader seeking advice about how to maintain privacy in this age of Facebook, Twitter, Snapchat and other social media platforms, especially when it comes to those who are sick or may be dying:

“I read that a stand-up comic tweeted from her father’s deathbed as he fought lung cancer. I know people tweet about everything these days — but really, isn’t this crossing the line? Don’t the sick and dying have any privacy?”

A quick Google search confirmed that the comic in question was “Conan” writer Laurie Kilmartin, who in 2014 tweeted about her father’s last days from his hospital bed to her tens of thousands of followers. By turns, she was sacred and profane, funny and sarcastic.

How to deal with death?

If you've ever wondered what's inbounds and out-of-bounds in terms of technology and death, Steven expands on this essay in the latest episode of his new podcast.
Subscribe on iTunes

Her tweets were laced with her trademark humor  and authenticity (“Hard to leave Dad’s side. I am drawn to him like a moth to a flame — that’s about to go out”). In my view they were loving and honest expressions of a very emotional experience.

For Valentine's Day, I got my Dad a gift card from JC Penney. I said, "Dad, I want this card to expire before you do."

Hard to leave Dad's side. I am drawn to him like a moth to a flame (that's about to go out)

When her father, veteran Ron Kilmartin, died from lung cancer following six rounds of chemotherapy and a week of radiation, she tweeted:

Hey all, Dad passed away about an hour ago. Thanks for all your messages, he was bowled over that so many strangers were thinking of him.

Many questioned Kilmartin’s humor, including one follower who posted that he was trying to "figure out what's funny about ur (sic) dad dying." Kilmartin, acknowledging her learning curve, responded: "I'm trying to figure out what isn't."

But now to the question: Of course the dying should have privacy, and family members must respect that — but each of us has a different definition of our “personal zone of privacy.” From all that I read, Ron Kilmartin knew and approved of his daughter’s real-time updates about his condition, and he gained solace from the heartfelt messages sent to him.

When I asked my Facebook followers what they thought, I heard plenty:

Still others were not convinced, as evidenced by these posts:

My advice? With the internet and social media times have changed, as have notions of privacy. In making a decision about how public to go about illness, intent, respect and permission must be your trump cards.

When used properly, social media can bring us together, teach us, and help us through difficult passages.